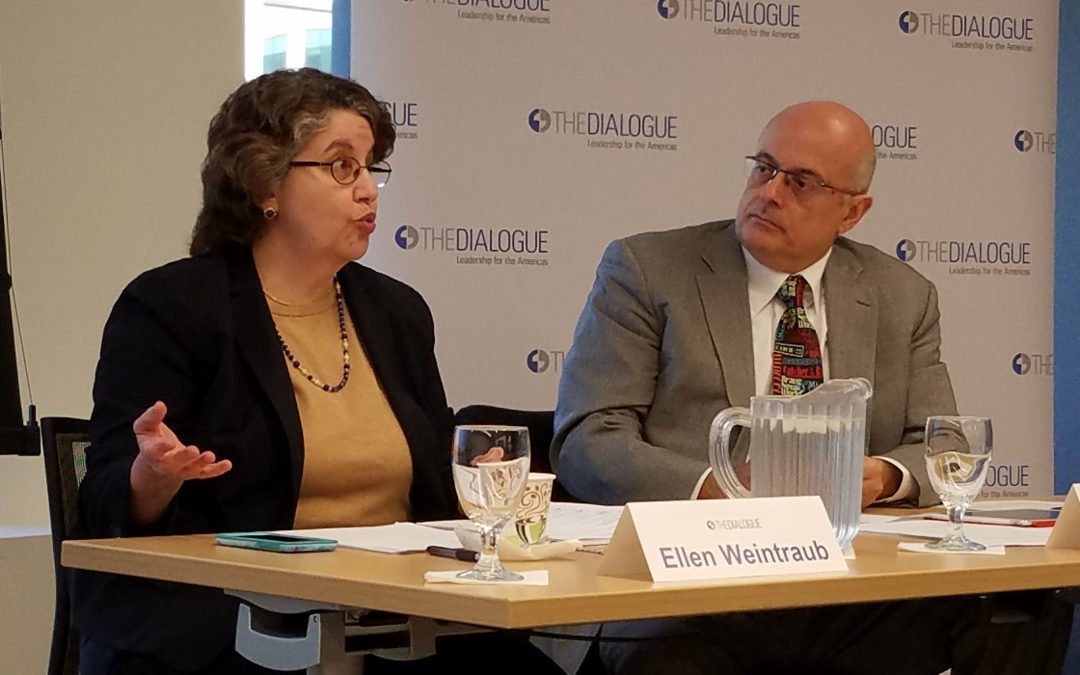 Federal Election Commissioner Ellen Weintraub said that while there are key differences as to why there are not enough women serving in the American and Colombian governments, the two situations are on many levels, strikingly similar.

“As in Colombia, we have candidate-centered elections in the United States, and the candidates are largely responsible for doing their own fundraising,” she said.  “And as in Colombia, women have not yet achieved equality in all political realms.”

The report presented at the Inter-American Dialogue in Washington analyzed challenges Colombian women face in their attempts to get involved in Colombian politics.

Weintraub, one of six commissioners tasked with independently enforcing United States campaign finance legislation, said Hillary Clinton managed to overcome many of those challenges in the 2016 United States presidential election, yet still came up short.

“Clearly some of the factors that people thought would give Clinton an edge just did not play out in this rather unusual election year,” she said. “How that’s going to play out going forward, and whether other women candidates are going to now think twice, I don’t know.”

The report was co-authored by Kevin Casas-Zamora, who is director of the Inter-American Dialogue’s rule of law program and the former second vice president of Costa Rica.

Colombia’s federal government is structured similarly to the United States, with a president and a bicameral congress. In that congress, the report notes that the House of Representatives is 19 percent women and the Senate is 23 percent women. Casas-Zamora believes this representation to be “extremely low.”

Weintraub noted a similarity in the representation percentages of women in Colombian government to women in the government of the United States.

“In whatever level of (American) government you’re looking at, women seem to have trouble breaking through that 20 to 25 percent level,” she said. “It’s like a glass ceiling.”

What’s different however, is that while the report finds fundraising challenges to be a main obstacle to Colombian women gaining political traction, that’s not the case with American women in politics, especially given America’s most recent presidential election.

“If you look at the money that was raised by Hillary Clinton and  Donald Trump, she outraised him two to one,” Weintraub said. “The problem in this election for Hillary Clinton was not that she didn’t have enough money.”

Weintraub said  that Clinton overcame some of the obstacles the report cited as significant barriers for women in Colombian politics.

For example, in Colombia, coming from a family of politicians is a way to get started  as a candidate with some name recognition, Weintraub said, . “If you came from a political dynasty (in America), that actually strongly cut against you in this election.”

Weintraub’s chief concern, however, was what the future implications are for American women in politics, given Clinton’s unexpected failure despite overcoming perceived fundraising or dynastic obstacles.

“I actually do believe that part of what was going on was that some segments of the electorate were just not ready to vote for a woman for president,” she said.