California uses political past to look to future 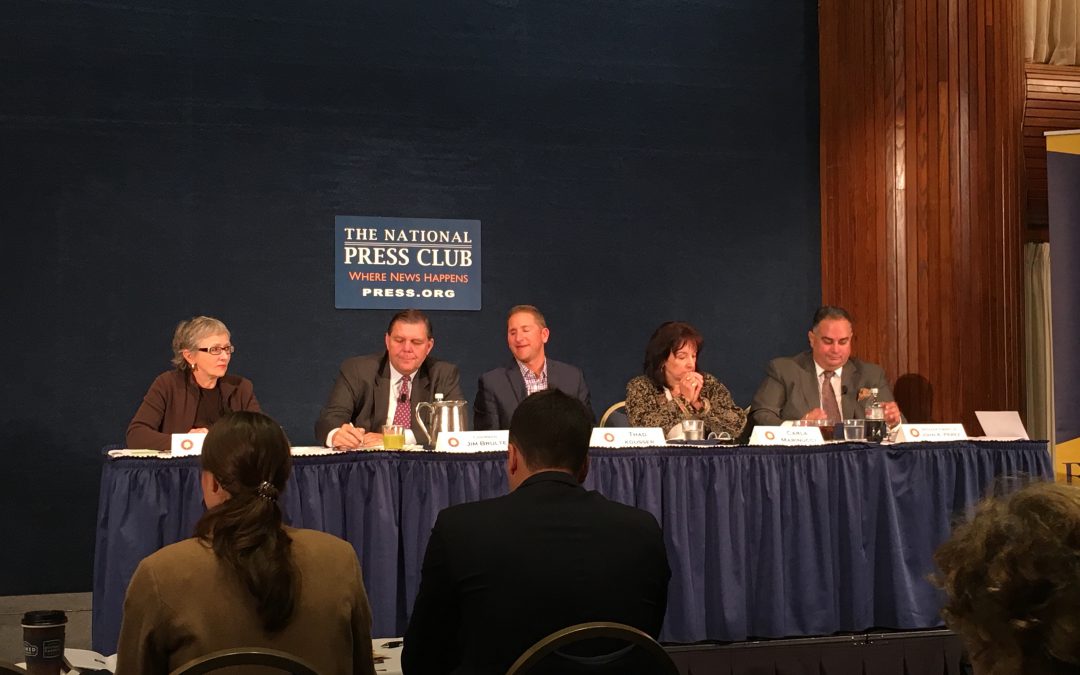 Journalists, experts, and politicians discuss the political trends in California that could inform the nation's future following the 2016 election. (Evelyn Wang/MNS)

WASHINGTON – California’s political past could provide a peek into the nation’s political future, experts, politicians and journalists said on Tuesday, and could give a morale boost to Democrats smarting after Hillary Clinton’s loss on Nov. 8.

Speaking at a political conference, Thad Kousser, the chair of UC San Diego’s political science department, said there are many parallels between the 2016 presidential election and California’s 1994 gubernatorial race.

“The consolation for California is that we’ve been here before,” he said. “We’ve been almost exactly in the political past that the nation is in its political present.”

Kousser said former California Gov. Pete Wilson, a Republican, was an “underdog candidate” in a “shocking election” who ran on a strict anti-illegal immigration platform that appealed to a lot of white Democrats and helped him defeat an experienced Democrat from a political family,  Kathleen Brown —a scenario much like Donald Trump’s campaign and election.

This led to a “short-term victory” for Republicans in 1994, sowing seeds for a counterreaction that lend to a long-term Democratic takeover a few years later.

One theory states that as the nation becomes more diverse, it will inevitably follow California’s path, Kousser said. “The idea is that what we’ve seen in California in the present is the nation’s political future, if this is a case study of the theory that demographics is destiny in politics.”

But Kousser cautioned against embracing the theory without accounting for the importance of good candidates and political strategies.

Speaker Emeritus John A. Perez of the California State Assembly more firmly rejected the demographics is destiny theory, saying it “gives people a false sense of both what has occurred and what is likely to occur.”

A better predictor is the similarities in economic climate, Perez said. In 1994, California was going through a similar economic crisis to the one the parts of the population are going through today, he said, with an uneven recovery from the recession, a loss of jobs and a fear of increased loss of jobs due to the implementation of the North American Free Trade Association.

But Jim Brulte, chairman of the California Republican Party, said the similarities in California’s and the country’s demographic shift could predict the country’s future.

“When Wilson ran for re-election as governor in 1994, 82 percent of the electorate was white,” he said. “By the time Meg Whitman ran in 2010, that 82 dropped to 62. Dirty little secret is Meg got a higher percentage of the white vote than almost any Republican candidate in modern history, and she still lost by 13 points, because the demographic changes were so great.”

“If we can ever figure out how to get it right, we will provide a roadmap for the country because the rest of the country is looking a lot like California,” he said.