Bernie Sanders Says His Campaign Did Not Undermine Hillary Clinton 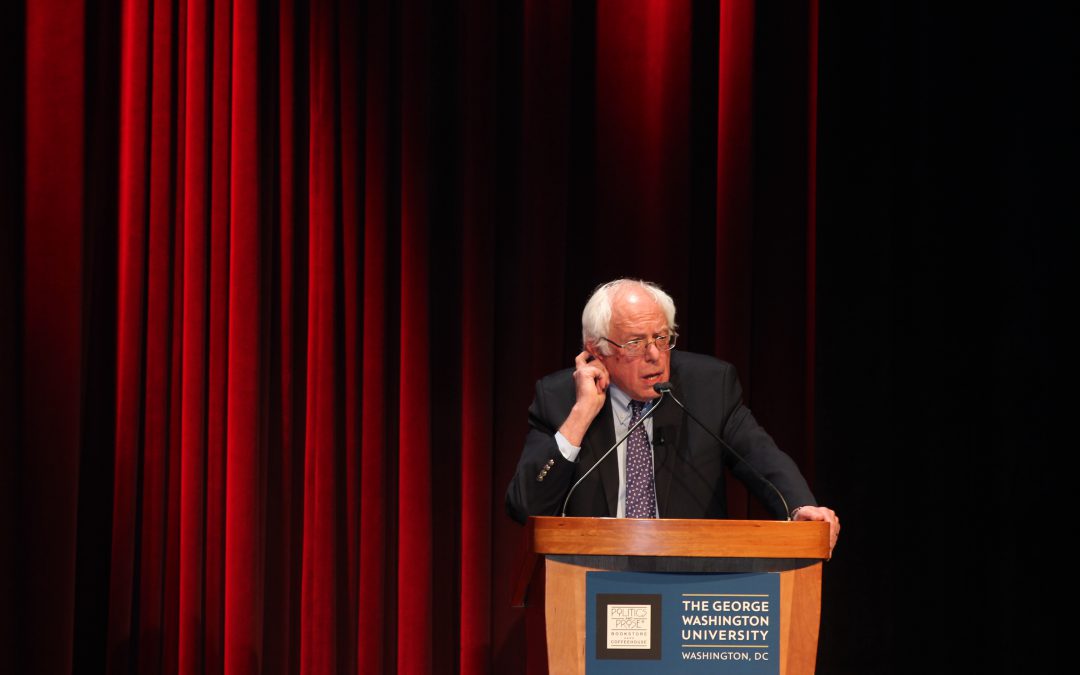 George Washington University students were feeling the Bern Wednesday night, as former presidential long-shot Sen. Bernie Sanders urged them to maintain hope, while he also denied any responsibility for the demise of Democratic nominee Hillary Clinton’s campaign for the White House.

Sanders responded to a question asked by the moderator about Harvard Professor Theda Skocpol’s remarks in a New York Times letter to the editor, in which she wrote Sanders’ refusal to concede earlier and his insistence on calling Clinton “corrupt” supported Republican Donald Trump’s message and contributed to his “catastrophic victory.”

“I say to those critics you can argue the exact reverse,” Sanders said. “Maybe I would have been elected president of the United States.”

Sanders said his comments about Clinton during the primaries were just part of the debate and competition that accompanies democracy. The Vermont senator also pointed out his “campaign brought millions of people into the political process — the overwhelming majority of whom ended up voting for Hillary Clinton — which helped Clinton.”

Sanders also put blame on the Democratic National Committee for the outcome of the primary campaign. “The DNC was not a neutral force in the campaign,” he said, adding that the establishment favored Clinton and presented him as the underdog. Sanders won 22 states in the Democratic primaries, including keys states like Michigan and New Hampshire.

However, Sanders said, despite having “to take on the entire Democratic establishment,” his campaign ended up making Clinton a better candidate. Sanders said the traction he picked up from young progressives forced Clinton to alter her view points.

It’s unclear, however, whether that push helped her or hindered her in her campaign against Trump. Sanders believes it benefited the former first lady and secretary of state, whom he said he fully supported. But, he added, he wanted her to have to earn the 13.4 million voters supported him in the primaries.

“I want you to have those votes, but I want you to speak to what many of those people who told me during the campaign want,” he said. “They want to make public colleges and universities tuition free, they want to expand health care, they want you to be a more progressive candidate, and that in fact ended up happening.”