Bernie Sanders has a message for Trump 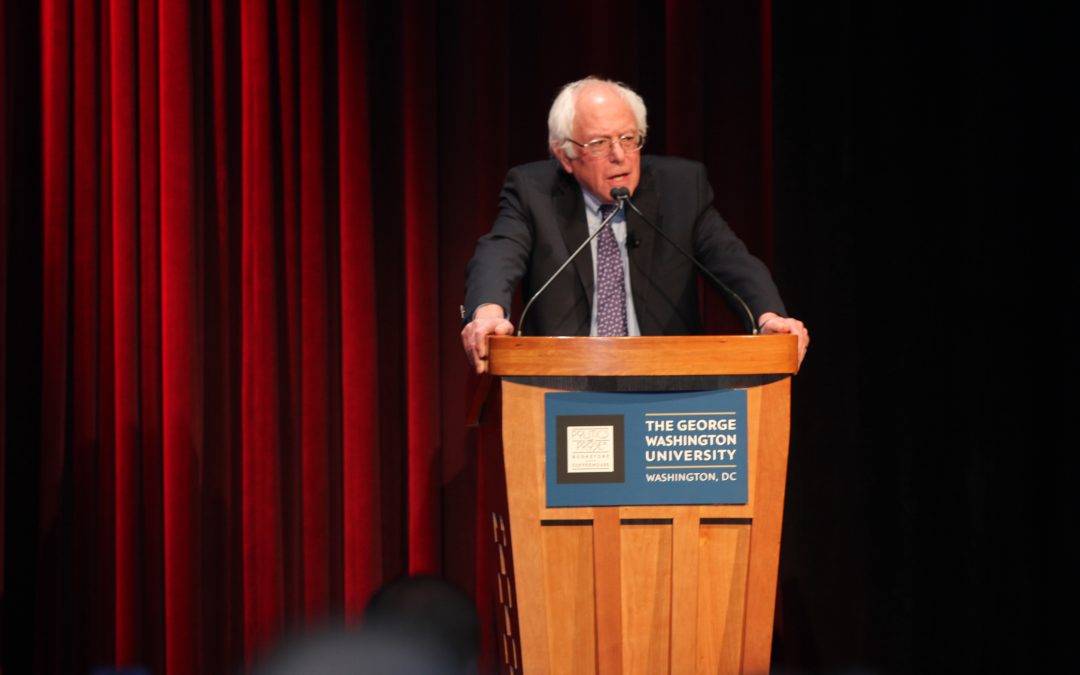 WASHINGTON – Sen. Bernie Sanders, I-Vt., challenged President-elect Donald Trump Wednesday night to keep his promises to the middle class. In a speech at George Washington University to a sold-out crowd of students, Sanders also called on Trump to pull back his White House appointment of conservative activist Steve Bannon.

The onetime Democratic presidential candidate, who was named the chairman of outreach for Senate Democrats earlier Wednesday, delved into his new book “The Revolution” and also talked about the future of the Democratic Party.

Sanders did not rule out running for president again in 2020. The senator skirted the question from the moderator saying, “the last thing the American people are worried about right now is who is going to run in 2020.” Sanders would be 79.

He said he was deeply disappointed with the outcome on Election Night, but it is now the job of progressives to hold Trump to his promises of helping working class Americans.

“He was saying that he was going to be the champion of the American working class,” Sanders said. “Well Mr. Trump, we have a list of everything you said and we are going to hold you to account.”

The Vermont senator, who emerged as a change candidate for the Democratic party during the primary season and went on to win 22 states also contested by Hillary Clinton, said the country will not go back to discriminatory ways, despite concerns about the views of Trump, who will take the oath office in January.

“I say to Mr. Trump, from the bottom of my heart … Mr. Trump we are not going backwards in terms of bigotry,” he said. “We are going to go forward in creating a non-discriminatory society.”

Sanders also called upon Trump to rescind the appointment of Breitbart News executive chairman Steve Bannon as chief strategist and senior counsel from his team and called the appointment “totally unacceptable.” He said “a president of the United States should not have a racist at his side.”

Sanders said he ““will not be working Mr. Trump,” and “will not be involved in the expansion of bigotry, racism, sexism.”

The former Democratic hopeful also challenged Trump on his views on climate change. Sanders said despite scientific evidence “Trump throughout his campaign proclaimed that climate change is a hoax for whatever reason, created in China.”

“It is the great planetary crisis that we face,” Sanders said. “If we do not act boldly to transform our energy system away from fossil fuel to energy efficiency and sustainable energy, the planet that we will be leaving to our children will be far less healthy and habitable.”

*Published in conjunction with the Burlington Free Press