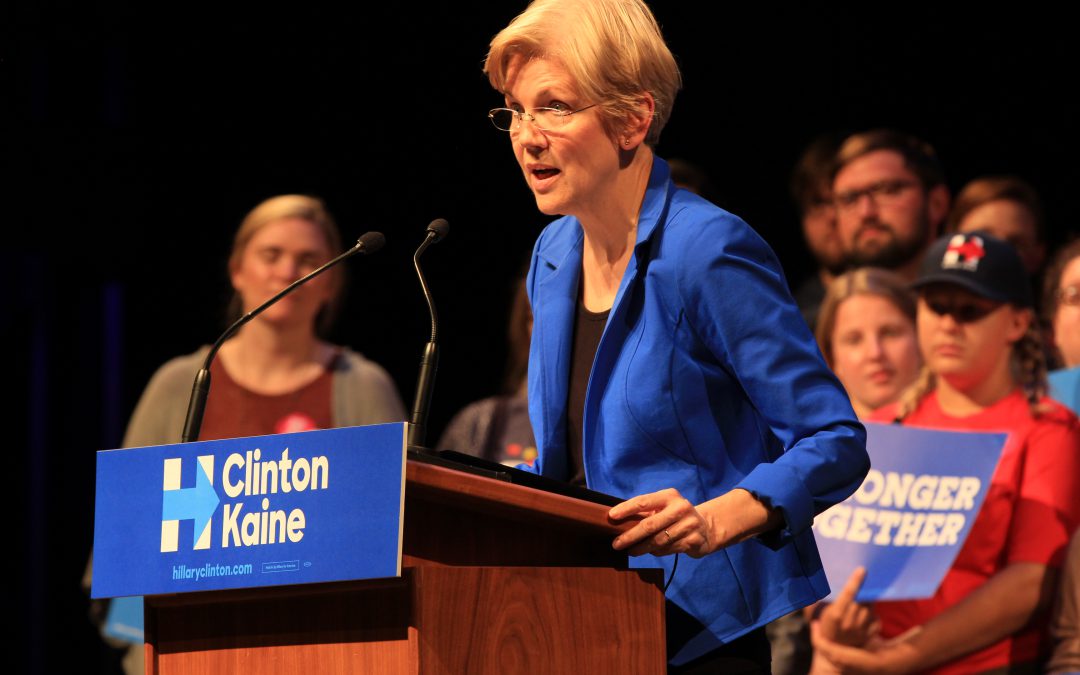 RALEIGH, N.C. — While campaigning Tuesday night for Hillary Clinton, Sen. Elizabeth Warren turned the spotlight onto the state’s hotly contested U.S. Senate race — a pivot toward creating a Senate Democratic majority that the Democratic presidential nominee has made in the past few days as her lead over Republican Donald Trump has solidified.

Sen. Richard Burr, the incumbent Republican, leads Democratic challenger Deborah Ross by only 3 points, according to a RealClearPolitics poll. Democrats are eyeing this race as one that will help net them the four seats needed to take control of the Senate.

Warren criticized Burr for his close relationship with Trump — who she called a “pathetic bully” and “selfish little sleazeball” — at the Meredith College event.

“If Richard Burr is just going to be Donald Trump’s lap dog, then let him go off and do that,” she said. “But the people of North Carolina need a strong, independent voice to fight for the families of North Carolina and that is Deborah Ross.”

On Saturday, Clinton told reporters aboard her campaign plane that she will be “emphasizing the importance of electing Democrats down the ballot” in the final weeks before the election. At a Raleigh rally the next day, Clinton singled out Ross as the kind of partner she needed in the Senate. President Barack Obama has also endorsed Ross.

At the Tuesday event, Warren urged the crowd of more than 450 people — many of them students — to vote early and volunteer for Clinton and Ross. She praised Ross as “tough, smart, experienced leaders.” The state’s early voting period began five days ago and ends Nov. 5.

“All I can say is I got news for Donald Trump and Richard Burr, and that is nasty women vote in North Carolina,” she said, referencing Trump calling Clinton “such a nasty woman” at the third presidential debate.

Warren will stay on the campaign trail and appear Wednesday at a get out the vote event in Pittsburgh.

Ross, who introduced Warren at the event, said North Carolina is a key state this year with its competitive presidential, gubernatorial and Senate races.

“Your vote will not only be important for saying no to the politics of hate, the politics of tearing people down, but your vote might be the vote that wins one of these races,” Ross said. “It is that important and that critical this year.”