US Institute of Peace celebrates International Day of the Girl 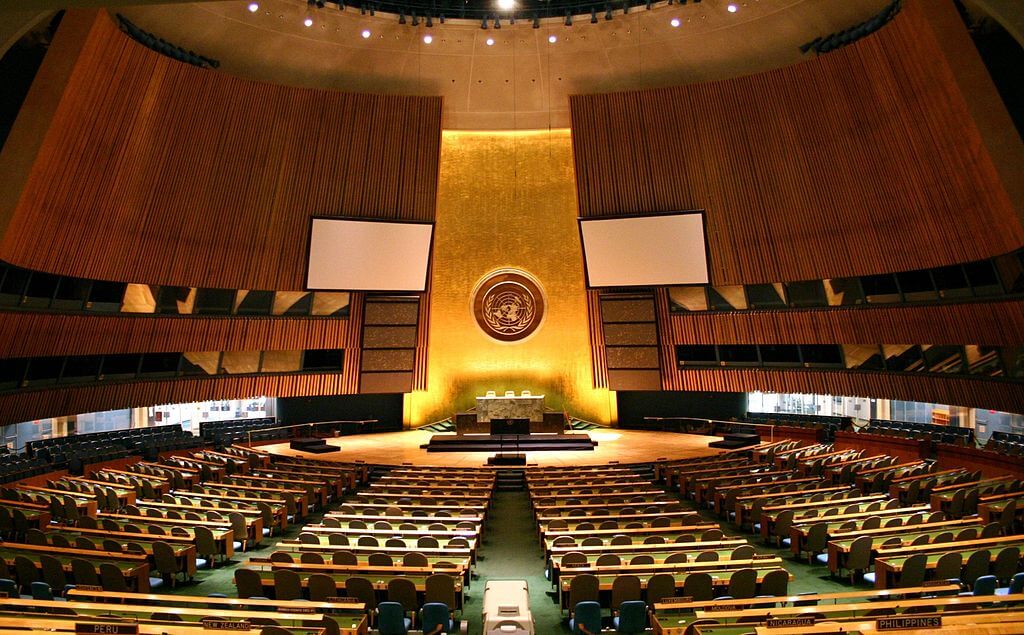 The general assembly of the United Nations, which sponsors Day of the Girl. (Patrick Gruban/Flickr)

WASHINGTON — Tuesday marked the fourth annual International Day of the Girl, a United Nations initiative to protect and promote girls from around the world.

Speakers at the United States Institute of Peace celebrated the gains made to ease the burdens placed on girls worldwide. Tunisian Girl Scout troop leader Henda Maarfi began a “How Girls Lead to Advance Youth, Peace, Equality” webcast by reminding participants that “[girls] are powerful, they are strong, they are smart and they can make a change.”

Maarfi, 27, spoke about her role in launching the World Association of Girl Guides and Girl Scouts “Stop the Violence” campaign, which created curriculums designed to promote female empowerment and to explain the dangerous role that stereotypes play in perpetuating violence against women. The Girl Guides and Girl Scouts encourage girls to speak out about their experiences, spreading awareness about issues like domestic violence and early forced marriage.

“Because of the lack of communication between family members in the society, between men and women, boys and girls, we are always put in this virtual barrier between each other,” said Maarfi. She emphasized the importance of open dialogue about women’s issues in societies that tolerate systemic violence and condone placing a greater value on boys.

“No matter where she lives, every girl on this planet deserves the chance to learn and grow, to develop her mind and her talents, and to live a life of her own choosing”—the opening words of President Obama’s proclamation addressing International Day of the Girl 2016.

Jin In, the founder of the New York-based non-profit 4Girls GLocal Leadership, asked the live audience for a show of hands on what’s larger: the worldwide male or female population. The overwhelming majority thought it was the female population.

The male population drastically surpasses the female population, she explained. In said that the mere difference in male numbers over female – about 55 million — would equate to the 26th largest country. That number is backed up by the U.S. Census Bureau.

“And how did we get to this?” In asked. She answered her own question. Tens of millions of girls have been killed, aborted, neglected and left to die, she said.

Awareness of the gaping hole left by millions of “missing” girls is growing, she added. But awareness is only the first step. She called for a global approach, in part through use of social media, to combat gender inequality.

In the spirit of International Day of the Girl, Jin In encouraged viewers to put young leaders in touch with her organization so that they can share ideas and apply localized success to other parts of the world.

“I am a committed global citizen. Because this isn’t just an issue in those countries over there. I actually don’t know where those countries are,” In said. “There is only this world.”

4Girls GLocal Leadership conducted a survey to discover what inspires girls to act. They found that female change-makers were primarily motivated by two key factors: voice and choice. Self-awareness coupled with the belief that their actions could make an impact motivated girls to be proponents of change.

“Social change happens when the top-down meets bottom-up. I call that GLocal. It is that global thinking, local action that meets it together,” In said.