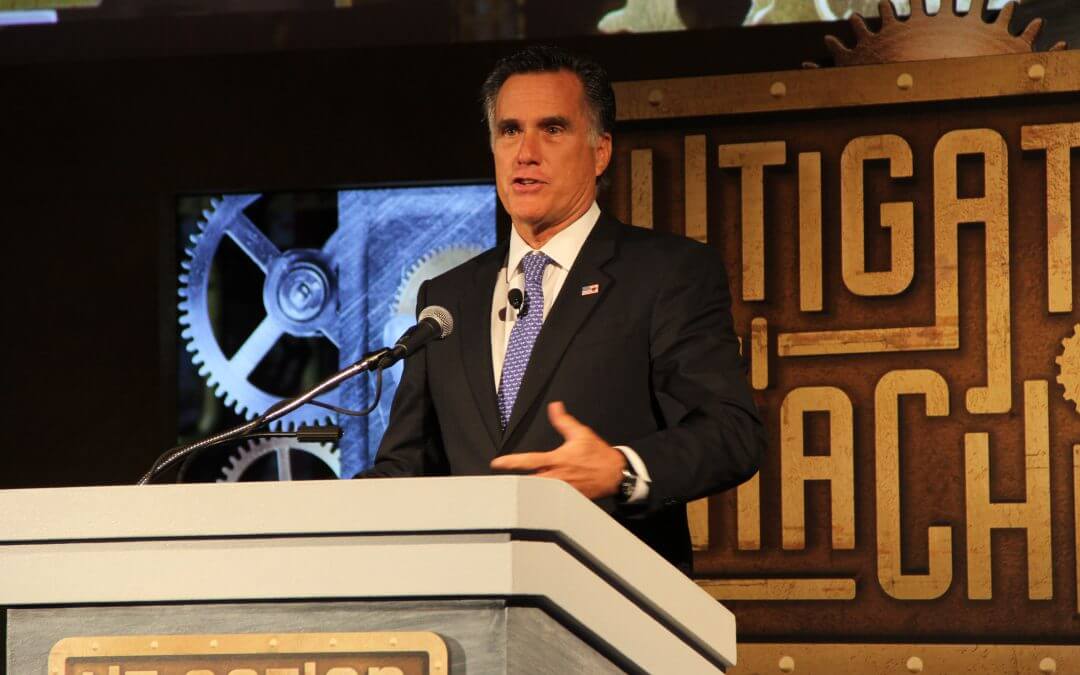 WASHINGTON – The federal government seems incapable of dealing with the major challenges America faces, said 2012 Republican presidential nominee Mitt Romney Wednesday in a speech at the U.S. Chamber of Commerce.

Romney, the former Massachusetts governor who lost to President Barack Obama in 2012, said neither Republican Donald Trump nor Democrat Hillary Clinton is talking about the nation’s most significant challenges, including the future funding of Social Security, Medicare and Medicaid. He has previously said he cannot bring himself to vote for either of the two major party presidential candidates.

Like other Republicans, such as House speaker Paul Ryan, Romney is focusing his energy on defending a Republican majority in Congress rather than a presidential nominee.

On Wednesday morning, Romney posted a tweet encouraging voters to perform their civic duty by supporting GOP candidates for the Senate, House and in statehouses. They “are essential to defend and advance constitutional conservatism,” he said. He also applauded the governors and legislators in the audience for “getting the job done.”

Romney indirectly criticized both candidates for not using the debates to address specific policies, such as alleviating poverty, fixing income equality, or combating the soaring national debt.

“We know how to solve those problems, there just isn’t the will in Washington to deal with it,” he said.

Over the course of the campaign, he has been vocal in his opinions on both Clinton and Trump. During the primaries, Romney said at the University of Utah that “Donald Trump is a phony, a fraud.”  Previously, he suggested that he would write in his wife’s name on a presidential ballot or choose a third-party candidate.