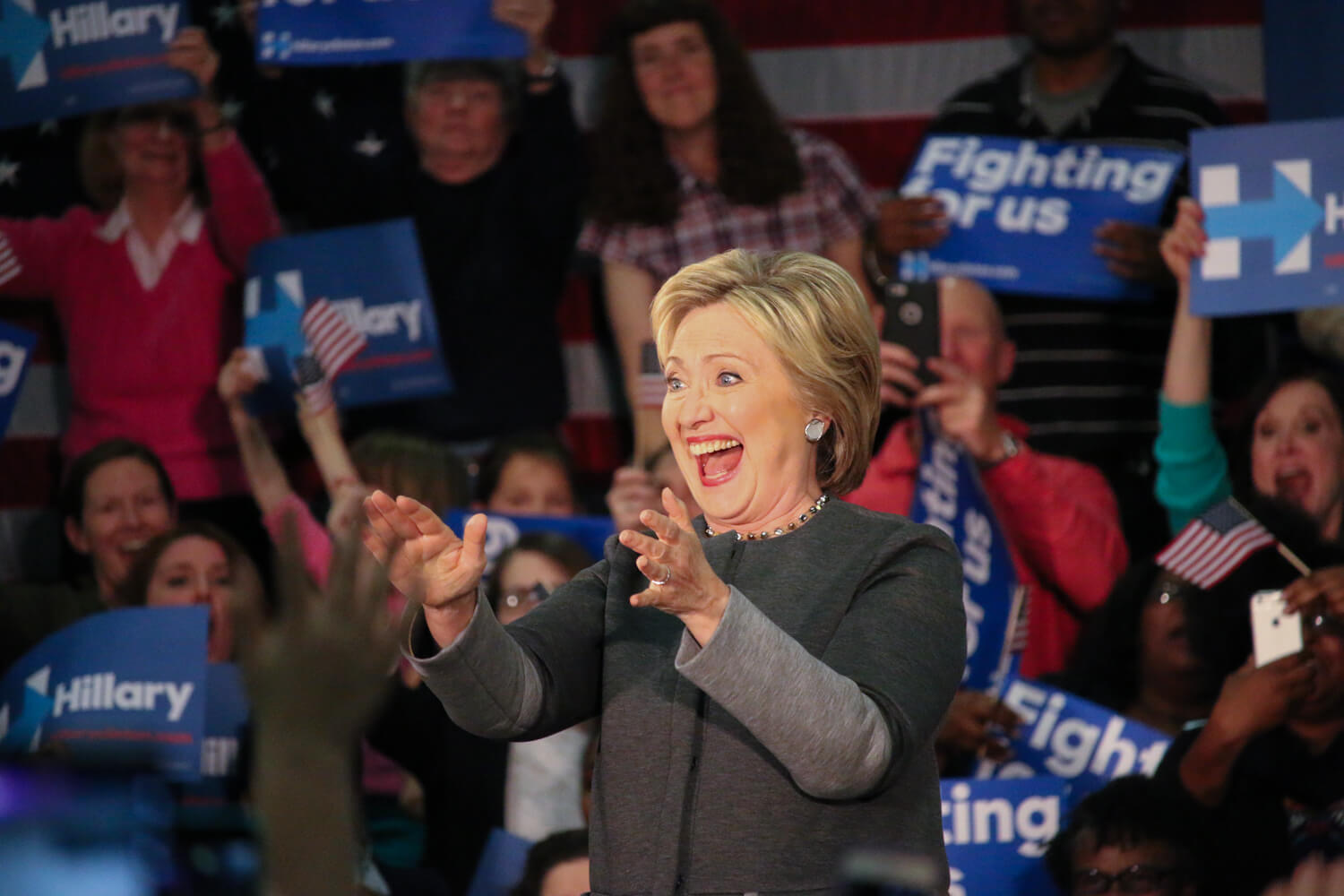 RICHMOND, Va. – As TV screens announced a Hillary Clinton win over Bernie Sanders in Virginia on Super Tuesday, some of the Democrats filling a bar in the state capital Richmond cheered; and some didn’t. But they all agreed that their party’s primary candidates’ refusal to attack each other will help the eventual nominee beat the Republican candidate in November.

Clinton, who held rallies across Virginia on Monday, was the favorite among several of the 50 Democrats celebrating the end of Super Tuesday during the event hosted by the Henrico County Democrats at the bar.

Kathy and Ray Green, 58, Clinton supporters from Henrico County, said they voted early Tuesday to beat the crowds but were glad to hear that many of the voting precincts were crowded later in the day.

With 2 percent of precincts reporting, the Greens said it was no surprise Clinton was the winner of the night in Virginia, but they were shocked to see Republican candidate Marco Rubio pick up speed in the Virginia race against Republican candidate Donald Trump. Before Tuesday, , Trump had been 13 points ahead of Rubio in Virginia, according to a poll released by CBS News.

The Greens said the tense rivalry between Republican candidates is not mirrored between g Sanders and Clinton. They said the Democratic campaigns are more respectful to each other, while the Republicans haven’t presented their ideas clearly due to their constant attacks.

“The Democrats have paid attention and stayed on message about the issues and the Republicans have been very nasty to each other; they’ve sort of aired their dirty laundry,” he said. “They’re saying things about themselves to each other that, if I were a Republican, it wouldn’t sway my vote any way.”

During a rally in Norfolk, Virginia, on Monday night, Clinton criticized Republican candidates but avoided criticizing Sanders. Before Super Tuesday, polls said Clinton was ahead of Sanders by 20 points but instead of commenting on her rival’s campaign, she criticized Trump,’ saying she believed “America has always been great,” a jab at Trump’s campaign slogan.

Marques Jones, 34, vice chair for finance and fundraising for the Henrico County Democrats, said both Democratic candidates’ strategy of avoiding criticizing each other during rallies puts the Democratic party in better light.

“From a party perspective … we’re trying to run a grown-up, civil campaign on the issues,” he said. “Whoever the voters think is the best representative for the party, I’m sure all of us will get behind.”

Tiffany Dews, 37, one of the few Sanders supporter sat the party, the bickering among Republican candidates makes them seem like they’re “immature,” “prejudiced,” and “racist.” This, she says, only helps the media paint a worse picture of them.

“That’s the way it’s been portrayed media-wise,” she said. ”

Nearing the end of the night, Clinton was announced winner in other states such as Tennessee and Texas. During her victory speech, Clinton repeated parts of her Norfolk speech, saying her end goal is not to make America great again, but to make America whole again.

“It’s clear that the stakes in this election have never been higher,” she said. “And the rhetoric we’re hearing on the other side has never been lower.”