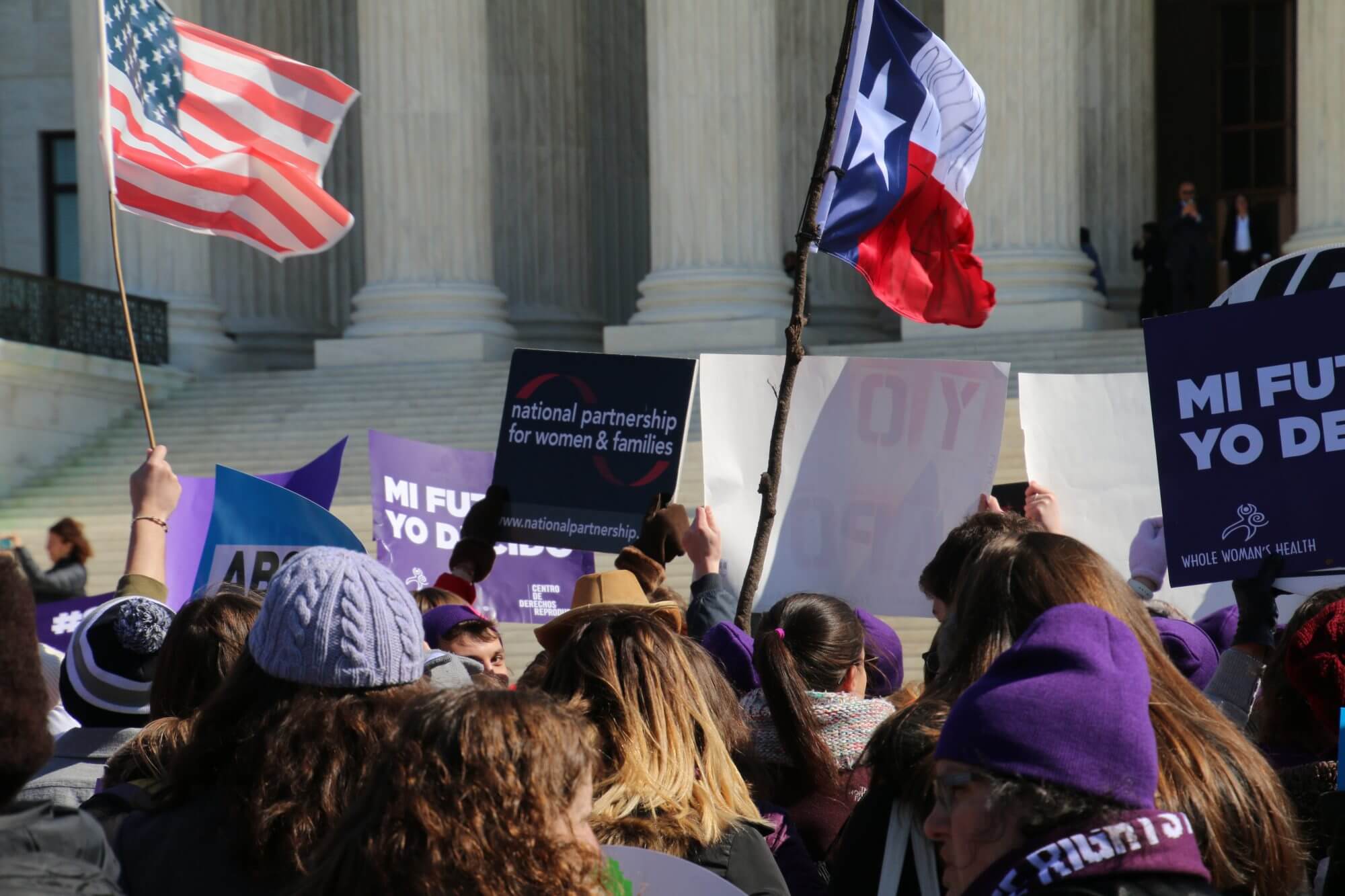 Protesters rally outside the Supreme Court as the justices hear arguments on a Texas law that critics say place a burden on women seeking abortions.

WASHINGTON — The Supreme Court should rule against a Texas law imposing stricter requirements for abortion providers as a violation of the “undue burden” standard because the law’s provisions are not medically necessary and make abortions less accessible, a lawyer representing abortion providers said Wednesday.

The justices were considering restrictions imposed on abortion clinics by a 2013 Texas law. The law requires clinic doctors to have admitting privileges at a nearby hospital and that clinics meet the higher standards of ambulatory surgical centers.

The undue burden standard, created in 1992’s Planned Parenthood v. Casey, says the government may not create “significant obstacles” to a woman receiving an abortion — altering the 1973 Roe v. Wade definition of abortion as a fundamental right.

Texas Solicitor General Scott Keller said the state does not have to prove its regulations better protect women’s health, but only that Texas had a legitimate interest in trying to do so. He argued that abortion remains legal and accessible in Texas, noting clinics exist in six populous regions of Texas.

However, Justice Elena Kagan said that Toti’s argument that the timing of clinic closures with the passage of the law was convincing.

“It’s almost like the perfect controlled experiment as to the effect of the law, isn’t it?” Kagan asked. “It’s like you put the law into effect, 12 clinics closed. You take the law out of effect, they reopen.”

Toti also argued that the American Medical Association filed a brief against the law that called the medical claims of safeguarding women’s health “groundless.”

Keller countered that medical testimony submitted to the high court shows some experts believe the measures are necessary to improve women’s health.

Justice Stephen Breyer appeared to agree with Toti, asking Keller why doctors should need admitting privileges when clinics already have working arrangements to transfer patients in the event of complications.

“Where in the record will I find evidence of women who had complications who could not get to a hospital?” Breyer asked. Keller responded that there was no case in the record.

Breyer and Justice Sonia Sotomayor also questioned why surgical and medical abortions — early-term abortions usually involving only a pill — required surgical centers when riskier procedures do not. Complications occurring during colonoscopies are 28 percent higher than those for abortions, Sotomayor said.

The Texas law seems to only target abortion services, Sotomayor said, noting that even a virtually identical procedure called dilation and curettage — often performed following a miscarriage — is not targeted by the regulations.

Court precedent set by Simopoulos v. Virginia allows the state to regulate abortion to protect women’s health regardless of how it regulates other procedures, even if they are riskier, Keller responded.

Only eight justices sit on the Supreme Court following the unexpected death of Justice Antonin Scalia last month. If the court splits evenly on the decision, 4- 4, then the 5th U.S Circuit Court of Appeals decision will be upheld, but will not become precedent. This means that similar cases could go to the Supreme Court on appeal.