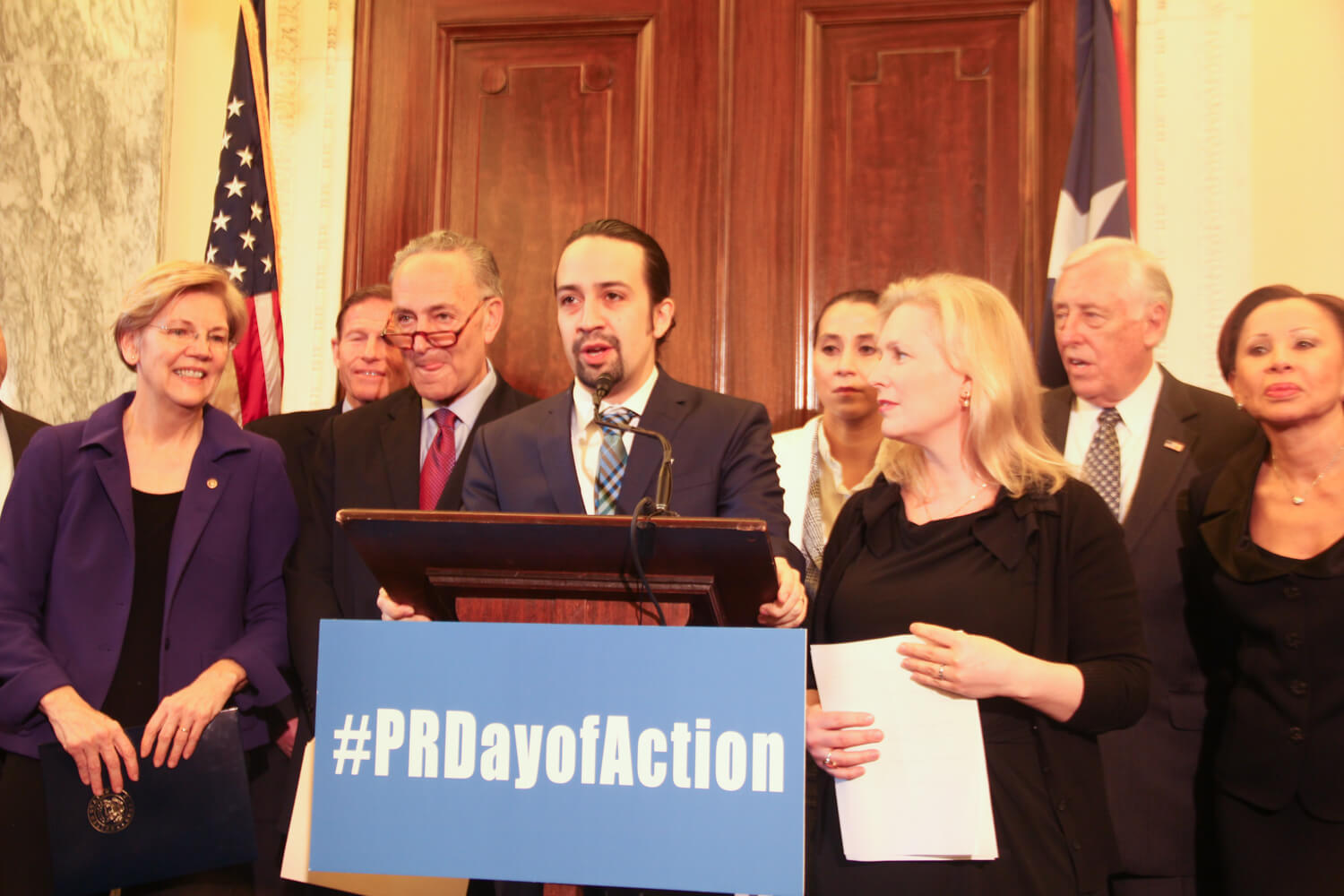 WASHINGTON — Lin-Manuel Miranda, creator of the Broadway hit “Hamilton,” and several New York members of Congress offered a proposal Tuesday to fix a quirk in federal law that bars Puerto Rico from declaring bankruptcy to give it more time to settle its $72 billion debt.

Miranda, the son of Puerto Ricans, called on Congress to help the island solve its financial crisis.

“We face a financial crisis that triples anything you’ve experienced in the United States,” he said. “It is a solvable, fixable crisis and what we really need is help from Congress.”

Puerto Rico owes $72 billion to its creditors but its cities and public utilities can’t file for bankruptcy protection under Chapter 9 of the bankruptcy code.

The legislation introduced Tuesday by Gillibrand and Sen. Elizabeth Warren (D-Mass.) would fix the list to include Puerto Rico.

“What we need is the ability to restructure and get Puerto Rico out of the hole it is in,” Miranda said.

Gillibrand said, “Congress has chosen to ignore the crisis going on for 3.5 million American citizens. Because of this inaction, what used to be a fiscal crisis is now turning into a humanitarian crisis that is bad today, but I promise you will be much worse tomorrow.”

Because of the financial crisis, more than 150 public schools in Puerto Rico have been shut down in the last five years and there is only one children’s hospital in the island, Warren said.

“They specialize in waiting until a borrower like Puerto Rico is in real trouble and then they buy up the debt for pennies on the dollar and then squeeze every last drop out of the debt,” she said.

“We cannot continue to play Russian roulette with the people of Puerto Rico,” she said.

Miranda visited the island regularly as a child and lamented the loss of the old Puerto Rican lifestyle to debt and emigration. He said the only people who remain in the island are those too poor to leave.

Miranda’s musical “Hamilton,” which he wrote and stars in, tells the story of founding father Alexander Hamilton and features a cast of Hispanic and black actors playing characters who are white. The show is sold out in Broadway.

“If ‘Hamilton’ tickets will help, I’m glad to do that too. I know a guy!” Miranda said.