Geothermal energy is “heating up,” but more development still needs to be done in the U.S., experts say 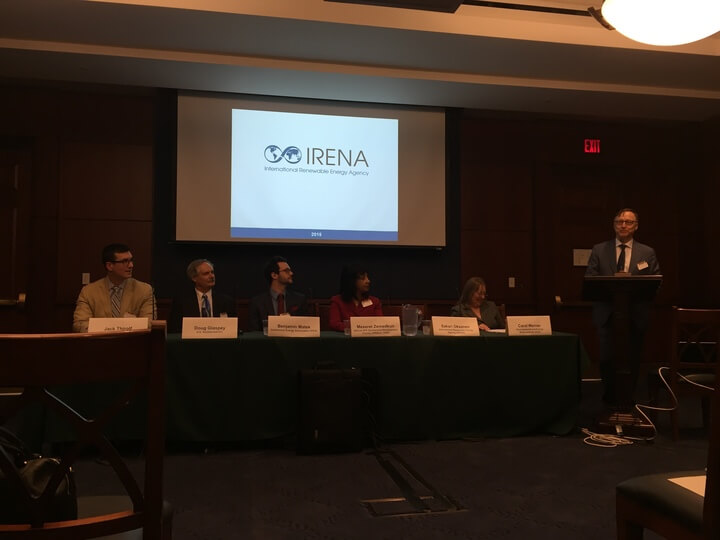 WASHINGTON– Clean energy is a hot topic that’s about to get even hotter. Investment  in geothermal energy is a growing global trend, but development in the United States has stalled due to limited incentives and cheaper energy options, geothermal experts said Wednesday.

A report by the Geothermal Energy Association — a global trade group — said more than 80 countries are working to expand research and development of geothermal energy — technology that uses heat from the Earth to generate power.

Eighteen new geothermal power plants came online last year in other countries, providing about 313 megawatts of new capacity to global electric grids. Capacity is how much potential energy a power plant can produce.

“Just like the weather in D.C., we think geothermal energy is really heating up,” said Carol Werner, executive director of the Environmental and Energy Study Institute, an environmental advocacy organization.

Despite the global trend, the U.S. only brought 70 megawatts online after expanding two existing plants in Nevada, the report said.

The global market is developing faster due to the efforts of organizations such as Power Africa, the World Bank and the International Renewable Energy Agency — all intergovernmental organizations. They support investments in clean energy worldwide.

The U.S. does not have access to this funding so investors and developers have to rely on federal tax credits, said Doug Glaspey, president of U.S. Geothermal Inc., a renewable energy company.

“Our government incentives tend to be very short-term and unreliable,” said Glaspey, at a briefing hosted by the Environmental and Energy Study Institute. “It makes it very hard for an industry to plan and develop projects.”

Glaspey compared geothermal tax credits to credit applied to other renewable energy projects, such as solar. Unlike the subsidies for solar investments — which Congress extended for five years — geothermal credit only goes toward projects that are under construction by the end of this year, he said.

In addition to a shortage of funding, the U.S. geothermal market has to compete with cheaper alternative forms of energy, said Glaspey.

“We also have a plethora of low-cost energy options now,” he said. “Natural gas has hit bottom and solar is going crazy.”

But, geothermal energy has potential for growth and is a worthwhile investment, said Benjamin Matek, a research projects manager with the Geothermal Energy Association.

A 2008 U.S. Geological Survey assessment said there is more than 70,000 megawatts of potential undiscovered geothermal energy in 13 Western states including Alaska, California, and Idaho.