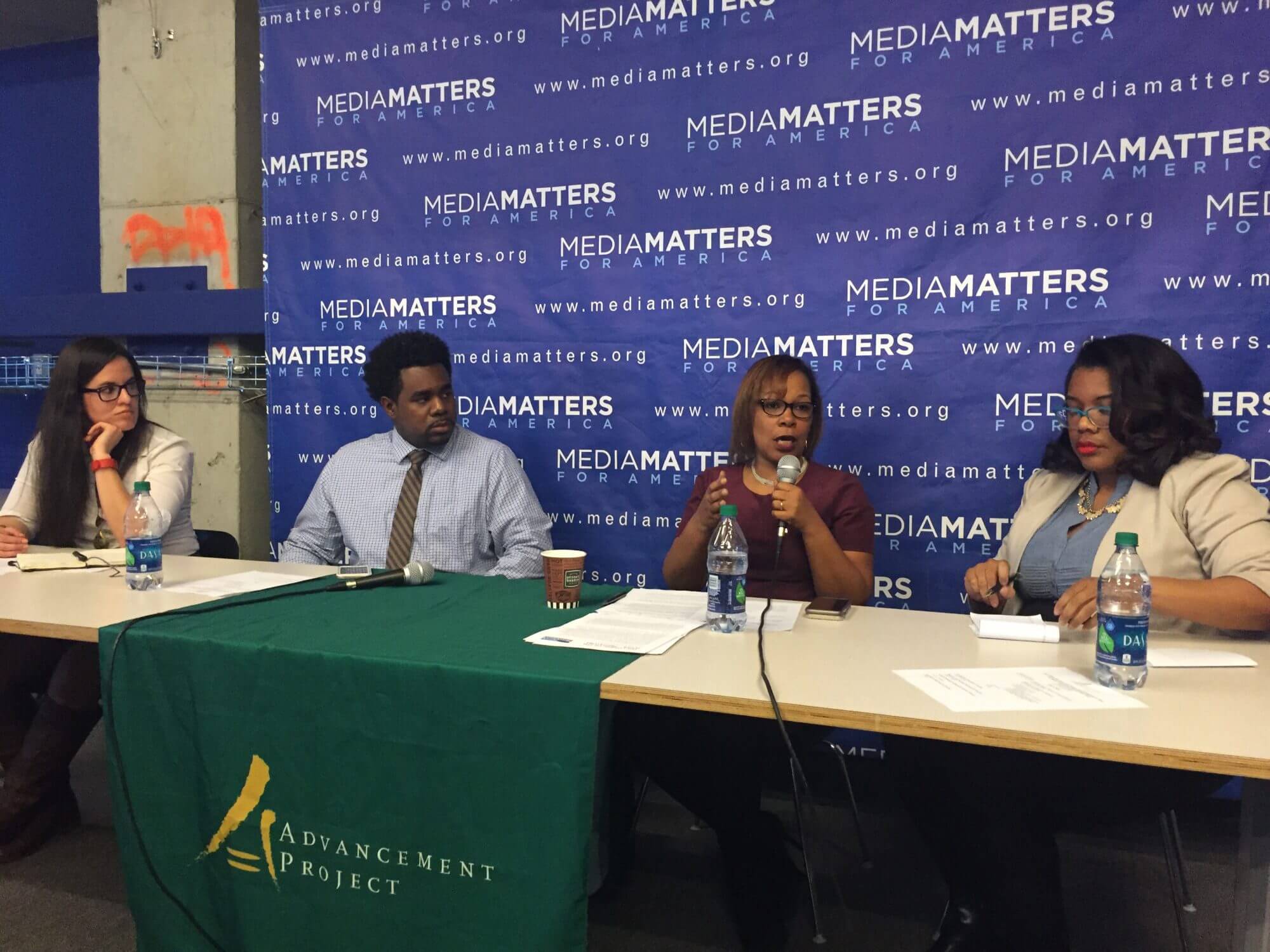 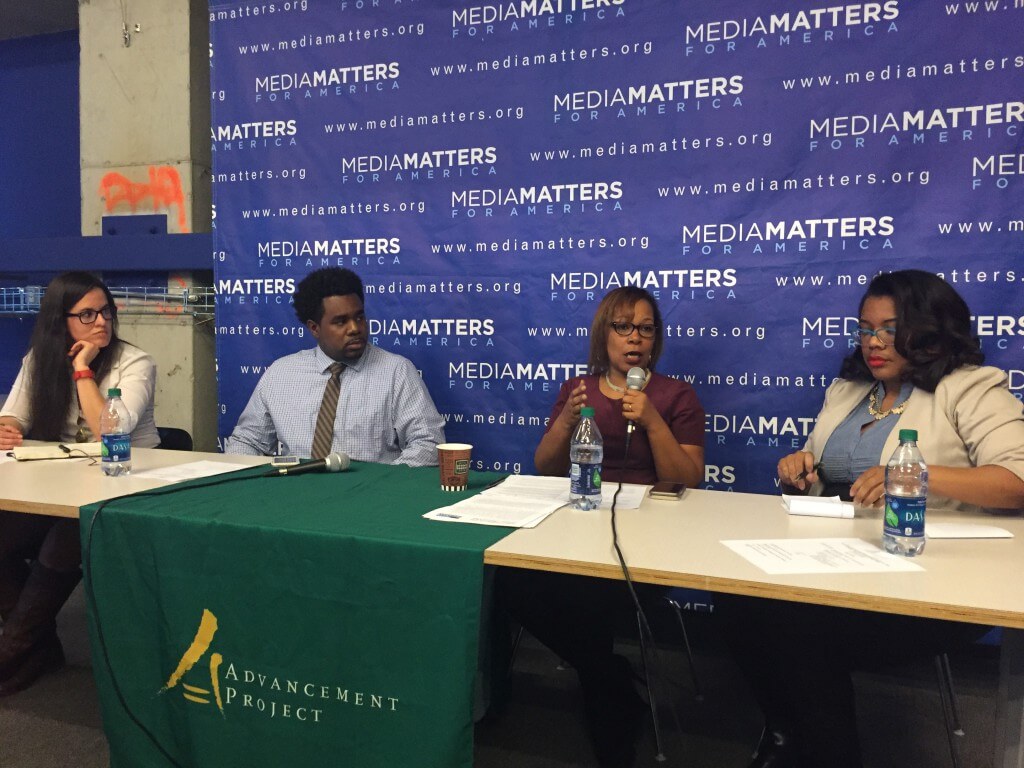 WASHINGTON — The media should stop reporting on young blacks and Latinos who are victims of police brutality or discrimination as if they are criminals, media researchers and civil rights advocates said Wednesday.

“This matters because it’s not reflective of reality,” said Cristina Lopez, a researcher for Media Matters for America, whose goal is combating what it calls conservative misinformation.

Lopez and other speakers at a Media Matters for America panel discussion were concerned in particular about the tendency of some media outlets to report victims’ prior problems, even when they don’t directly relate to the story. As an example, they cited news reports that referred to 17-year-old Trayvon Martin’s suspension from school for marijuana possession after he was fatally shot by George Zimmerman, a neighborhood watch captain.

They also criticized publications for using a victim’s mugshot as the lead image on a story when other photos could be used instead.

Local newspapers too often give police the benefit of the doubt because they have developed journalistic relationships with district attorneys and police departments, according to Mervyn Marcano, a panelist at the discussion.

Marcano is the co-founder of Blackbird, which helps racial justice groups with communications strategy. He said minority journalists are underrepresented in newsrooms, which contributes to the skewed coverage.

The percent of minority journalists in U.S. newsrooms has remained stable at 12 percent to 14 percent for more than a decade, according to the American Society of News Editors’ 2014 census report. While overall newsroom employment declined by 10.4 percent that year, ethnic minorities made up 12.76 percent of the nearly 33,000 full-time journalists accounted for in the census.

But some hope to see minority representation in newsrooms align with that of the overall population, which the panelists believe would lead to fairer and more accurate coverage. Non-Hispanic whites made up 62 percent of the U.S. population in 2014, but they accounted for more than 87 percent of U.S. journalists last year.

Judith Browne Dianis, co-director of the Advancement Project, a grassroots civil rights organization, said progressive groups like hers play an important role: multiplying the number of voices speaking on behalf of young people who have been victimized.

But these organizations run the risk of putting their messages above those of individuals.

“Part of our challenge as a progressive movement is to take a seat sometimes to (allow) people of color to tell their own stories, and to understand that they have an authenticity that white leaders cannot have,” said Dianis.

The panelists also said groups such as the Advancement Project must organize and collaborate during national events like the protests in Ferguson, Mo., and Baltimore to ensure reporters get the complete story.

“Coordination is really important because the person who has their stuff together the most is who I’m going to want to talk to,” said Danielle Belton, associate editor at The Root and moderator of the discussion. “What often ends up happening when there isn’t coordination, you have a bunch of different groups who all have different plans of attack and different ideas, the loudest voice ends up being the voice that’s heard. And the loudest voice isn’t always the most accurate one.”

The panelists also emphasized the importance of holding accountable what they called “mainstream media” networks.

“You have some people who have a clear agenda when they go on cable news programs to smear and malign youth of color,” Dianis said. “How do you essentially deal with the fact that a network like CNN or Fox News will have somebody on who’s clearly just there to say negative things about people of color?”

Marcano acknowledged that getting CNN or Fox News to change their approaches may not be feasible, which has led his group to target smaller publications focused on civil rights coverage.

“Part of what communities of color have learned is that we can’t put all our eggs in the CNN basket, all our eggs in The Washington Post basket,” Marcano said. “There have been times where people would say mainstream media doesn’t matter. Never has that been more close to true than now, where you have so much good journalism and reporting and bird-dogging happening by more focused and niched publications than ever before.”