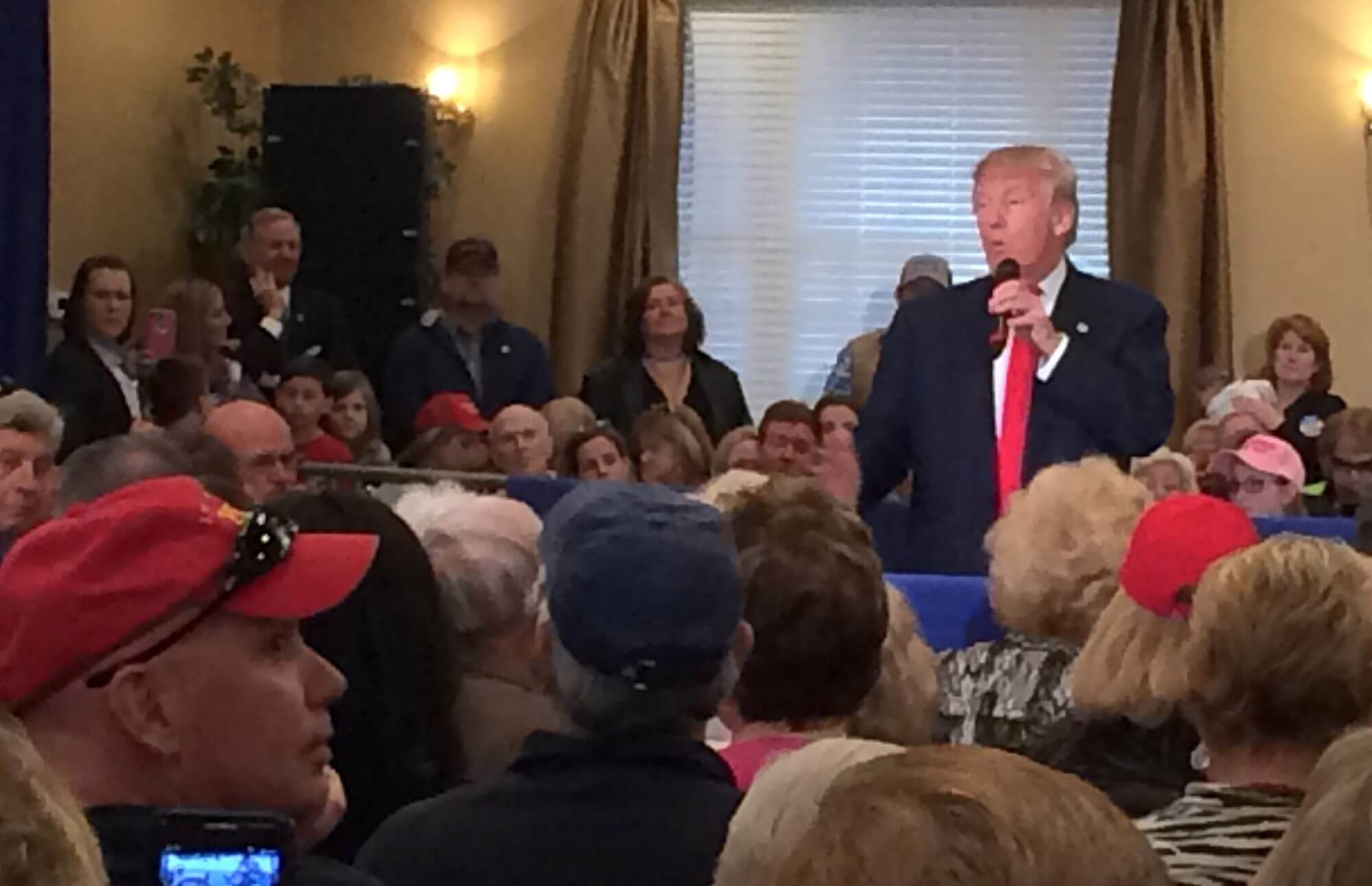 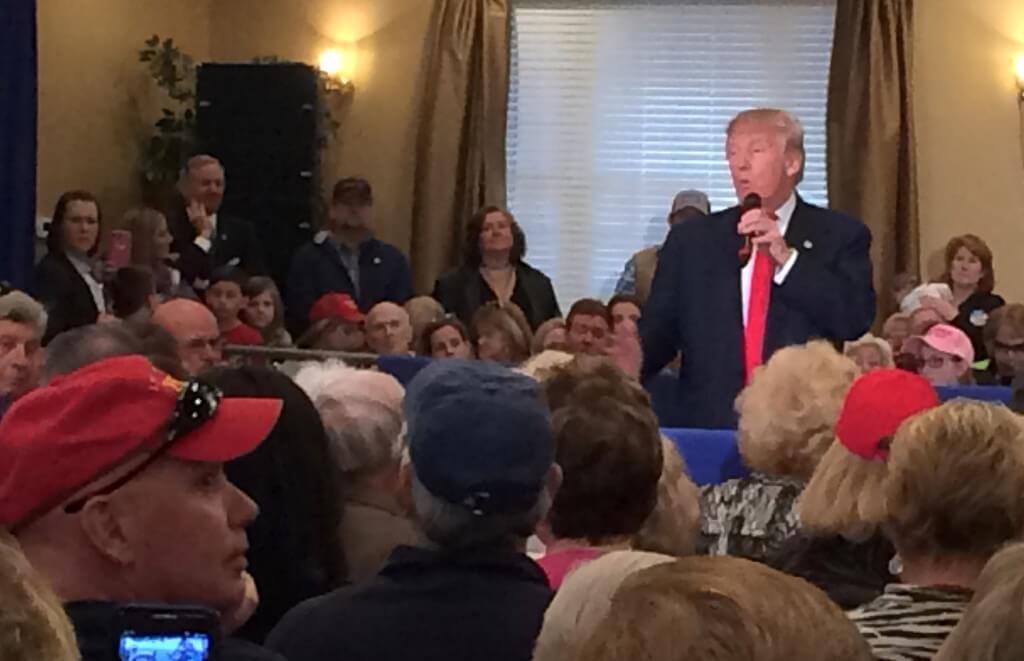 PAWLEY’S ISLAND, S.C. — Republican frontrunner Donald Trump advised people to “boycott Apple” until the giant tech company assists the FBI in unlocking the cell phone of one of the San Bernardino, California shooters.

The company has refused to comply with a court order to crack the code on a phone owned by Syed Rizwan Farook, who waged the December attack with his wife Tashfeen Malik.

On the eve of the South Carolina GOP primary Saturday, Trump — who is leading polls by double digits — seemed unshaken by challenges to his religion, and his record concerning statements about the Iraq War.

“The only thing I’m a little weak on is my personality, but who the hell cares,” Trump told an overflowing crowd in Myrtle Beach, South Carolina, earlier in the day.

The candidate also addressed his own comments on a radio show in 2002, which were unearthed Thursday by Buzzfeed, suggesting he supported going into Iraq then, despite having made opposition to the war the center of his foreign policy platform. After telling Howard Stern that he agreed with the invasion, Trump said he evolved on the issue and came out against the war once it started in 2003.

The real estate billionaire also spoke at length building a wall on the U.S.-Mexico border despite a comment by Pope Francis on Thursday that it made him “not Christian” unless the plan also included building bridges. Trump detailed a plan for a 1,000-mile wall at a price of $10 million to 12 million to block illegal immigrants, but also providing a “door” for legal entrants. He has insisted Mexico will pay for his proposed wall.

A spokesman for the pope said Friday in a statement that the comments were not meant to be a personal attack. Trump, rolling back his criticism of the pope, called the statement “beautiful.”

In response to comments earlier this month from former Mexican President Felipe Calderon, who told CNBC the government wouldn’t pay a “single cent” for a wall at the border, Trump amped up his rhetoric.

Ron Handley, a 68-year-old Air Force veteran who attended the Pawley’s Island rally, said although he understands the pope’s desire for world unity, there must be a way of enforcing immigration laws.

“The Vatican has walls also. Everybody has to protect themselves,” Handley said. “Whether you be Christian or any other religion, you have to protect yourself.”