Rising cost of nuclear power has hurt the industry’s growth 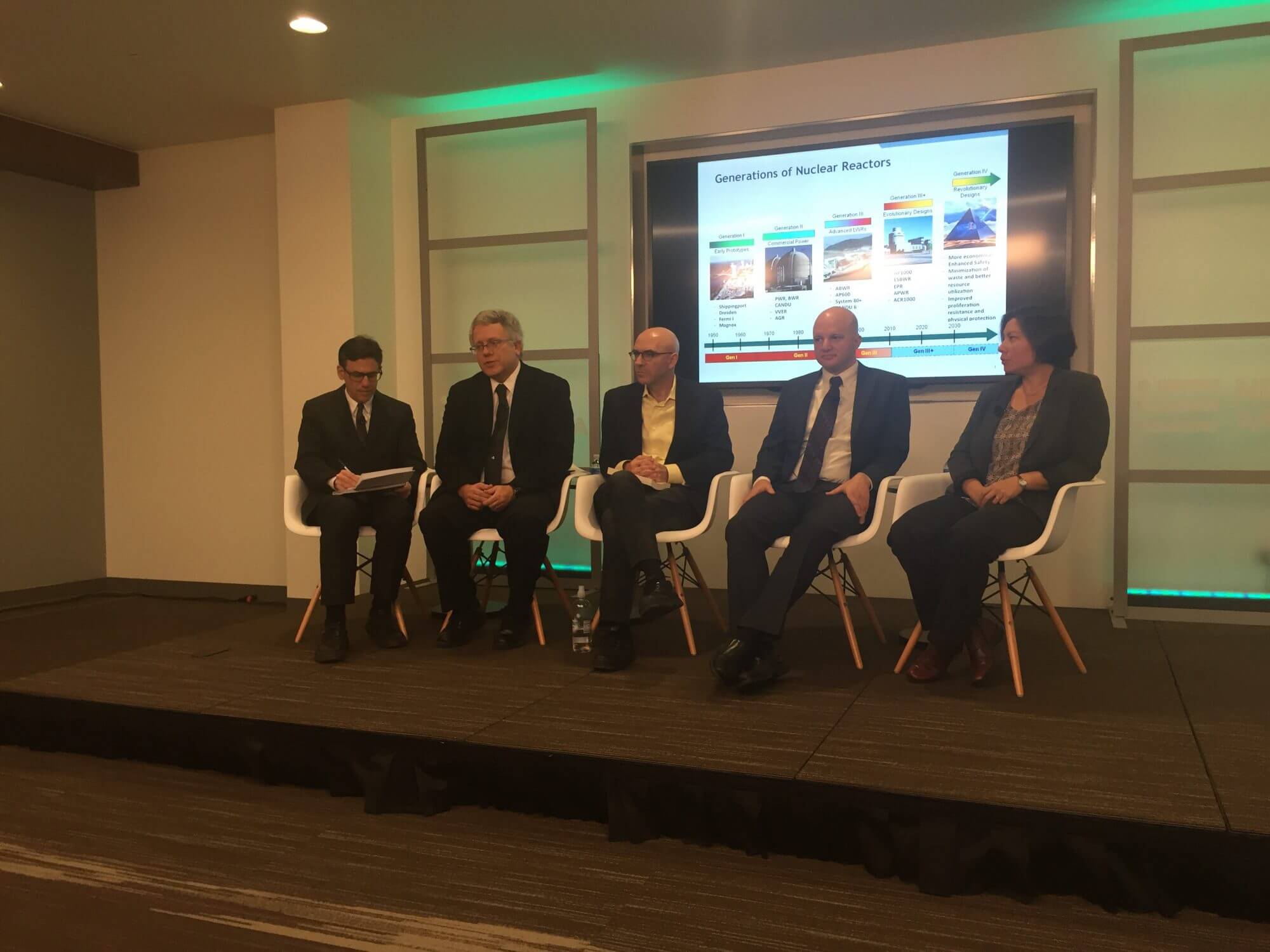 WASHINGTON — Reducing carbon emissions to maintain a global temperature rise of less than two degrees will require greater reliance on nuclear energy, but the cost of nuclear power his risen while alternatives have become cheaper, making it an unlikely solution, scientists and environmental experts said Monday.

Nuclear power accounts for about 11 percent of the world’s electricity, according to the World Nuclear Association. The U.S. relies on nuclear energy for about one-fifth of its electricity generation, a figure that has remained constant since 1990. But while the U.S. operates 99 nuclear reactors, far more than any other country, the last reactor built in the U.S. opened in 1996.

Joe Romm, a fellow at the progressive think tank Center for American Progress, said increasing global desperation to reduce carbon pollution during the next decade could end the stagnation as countries are forced to depend more on nuclear energy.

“The challenge for nuclear, as it is for any technology, is the competition,” Romm said during a panel discussion at New America, another think tank. “Not only do you have to meet your price and performance goals, but you have to hope that your competitor technology doesn’t.”

The cost of wind energy has decreased 85 percent in the last 20 years, according to the Department of Energy, while solar panels cost less than 1 percent in 2013 of what they did in 1977.

Nuclear energy has trended in the opposite direction. A 2008 study by environmental research firm Synapse Energy Economics found the cost of new nuclear power plants was somewhere between $5,500 to $8,100 per kilowatt, marking a steep rise from the Massachusetts Institute of Technology’s estimate of $2,000 per kilowatt in a 2003 study.

America’s hesitation to embrace nuclear power may be based on a cognitive bias that leads people to misjudge extreme but low-probability events like nuclear accidents, said Aaron VanDevender, chief scientist at the San Francisco-based venture capital firm Founders Fund. He called it the Michael Bay test, named after the filmmaker known for his liberal use of special effects and explosions.

“If it sounds like something that would happen in a Michael Bay movie, chances are people will overestimate the likelihood and the impact of that as a real event,” VanDevender said. “If it’s something very chronic and boring, like texting while driving – which is a really dangerous problem …. – then we tend to underestimate dramatically the likelihood of the impact of those negative consequences.”

Two key motivations drive investment in nuclear energy, said Jennifer Richter, assistant professor at Arizona State University’s School for the Future of Innovation in Society: the right to have a say in global nuclear governance – “a seat at the international table,” she said – and the promise of developing clean and sustainable energy, a key issue in countries with rapidly growing populations.

But Romm was skeptical about the likelihood of nuclear energy taking off anytime soon.

“One can cross one’s fingers and hope that somehow nuclear reverses a multi-decade trend [of increasing] prices,” he said. “I’m not here to say it’s not going to happen, I’m just saying if I were an investor I wouldn’t make that investment.”