Dr. William Moreau testified before a Congressional committee on Wednesday…or didn’t. After his opening statement the USOC official was not asked a single question.

WASHINGTON — The head of sports medicine for the U.S. Olympic Committee revealed on Wednesday how the organization will combat the threat of American athletes contracting the Zika virus while in Rio de Janeiro for the 2016 Summer Olympics.

Testifying before a House oversight committee, Dr. William Moreau said the USOC has developed “a protocol to mitigate the risks posed by Zika,” beginning with the committee’s coordination with the Centers for Disease Control and Prevention and other government agencies.

“We have been in regular contact with the CDC and other experts for months,” Moreau said. “They continue to provide us sound recommendations based on the information available to date.”

The USOC will provide Zika-specific training for its medical staff, update prescription drug resources with medications that can combat Zika symptoms and supply insect repellent to U.S. athletes and personnel on site.

Moreau said he and his staff were also considering treating athlete’s apparel with Permethrin kits, a clothing-based insect repellent, and providing bed nets for members of the U.S. Olympic delegation.

After his opening remarks, Moreau was not questioned by members of the House committee for the remainder of the hearing, which also included top medical experts from the CDC and National Institutes of Health reviewing their efforts to combat the spread of Zika generally and in the U.S. 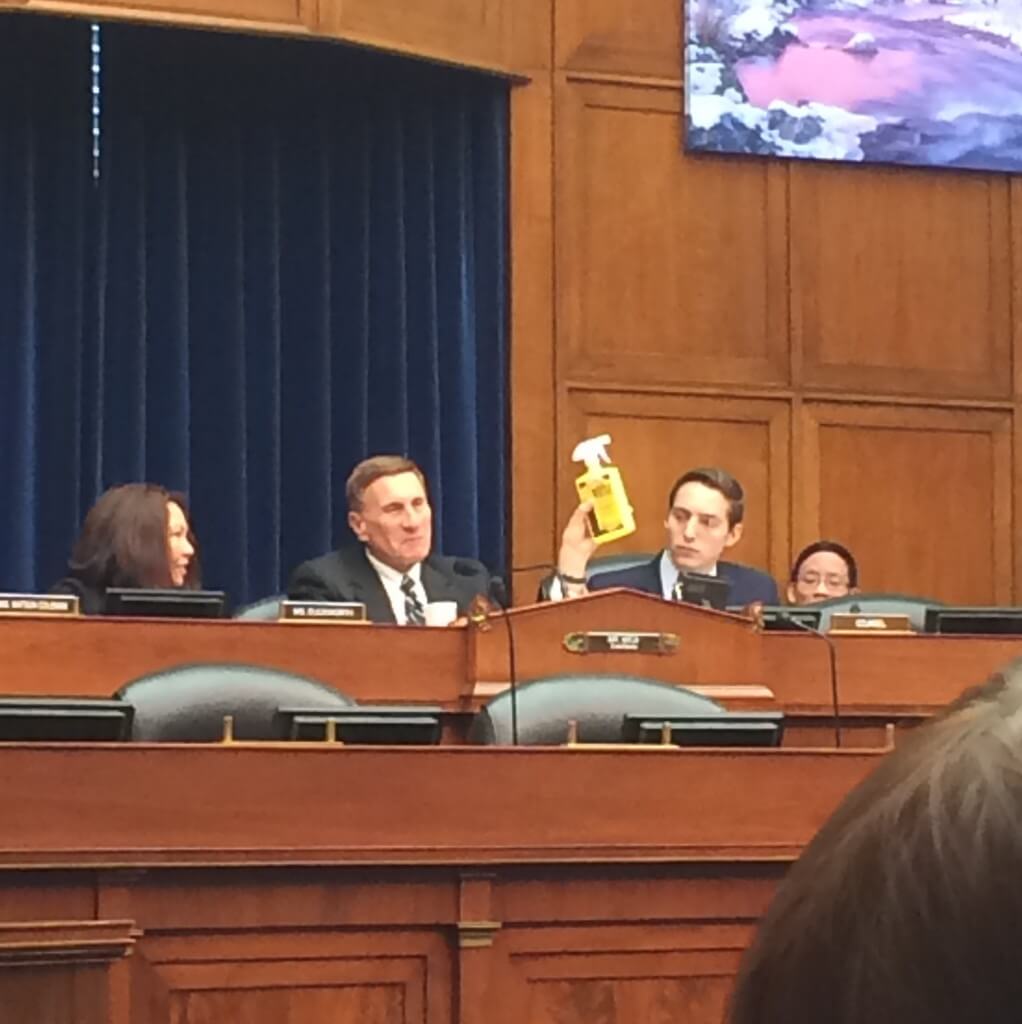 “Did you know this exists?” Committee chairman John Mica, R-Fla., asks health experts as he holds up a bottle of insect repellent as part of a discussion on preventing the spread of Zika.

No Zika vaccine currently exists, but Moreau said the USOC is monitoring the progress of researchers and would be open to using preliminary treatments. Legislation introduced in early February would add Zika to a list of diseases for which researchers can fast track Food and Drug Administration approval of a vaccine.

In recent months concern has grown as Zika has spread across Brazil and other Latin American nations. In late January the World Health Organization declared the outbreak an international public health emergency,and on Monday President Barack Obama asked Congress to approve nearly $2 billion in emergency funds to combat the Zika virus “both domestically and internationally.”

The WHO says there is a correlation between contracting the virus and various neurological disorders, chiefly microcephaly, in babies born to women who have had the disease. Experts don’t yet know the full extent of Zika’s effects, but the CDC currently recommends travel restrictions for pregnant women only.

The USOC does not believe at the point that the virus poses a serious health risk to its athletes, Moreau said.

On Feb. 9, Reuters reported Alan Ashley, chief of sport performance for the U.S. Olympic Committee, told individual sport federations they should consider not attending the games in Rio if they are not comfortable. The USOC has denied the Reuters report.

Dr. Michael Terry, an orthopedic surgeon who often travels with USA Volleyball, said the situation was “definitely on the radar of everybody involved.”

“The USOC has a great range of doctors in all different types of specialties,” Terry said. “The sports medicine doctors are going to collaborate to get the resources they need so they can prepare the athletes and themselves.”

But some American athletes have publicly expressed concern over traveling to Brazil. Hope Solo, goalkeeper and member of the Women’s World Cup winning team, told Sports Illustrated if she had to make the decision now she would not attend the games.

“I do not accept being forced into making the decision between competing for my country and sacrificing the potential health of a child, or staying home and giving up my dreams and goals as an athlete,” Solo told SI.

Juliana Barrett is still hoping to be part of the South African fencing team that travels to Brazil. She said she’s concerned about the virus, but not enough to stop her from going.

“If I do officially qualify, I would do a lot more research to make sure I had the information necessary to stay safe,” Barrett said. “But I’m more concerned for the individuals who live permanently in those at risk areas.”

Barrett said she thinks it’s important for the government to “take the proper precautions to be prepared for the risk the virus represents,” but has yet to receive any official information from the South African olympic governing body.

Opening ceremonies for the 2016 summer games in Brazil are set for Aug. 5.