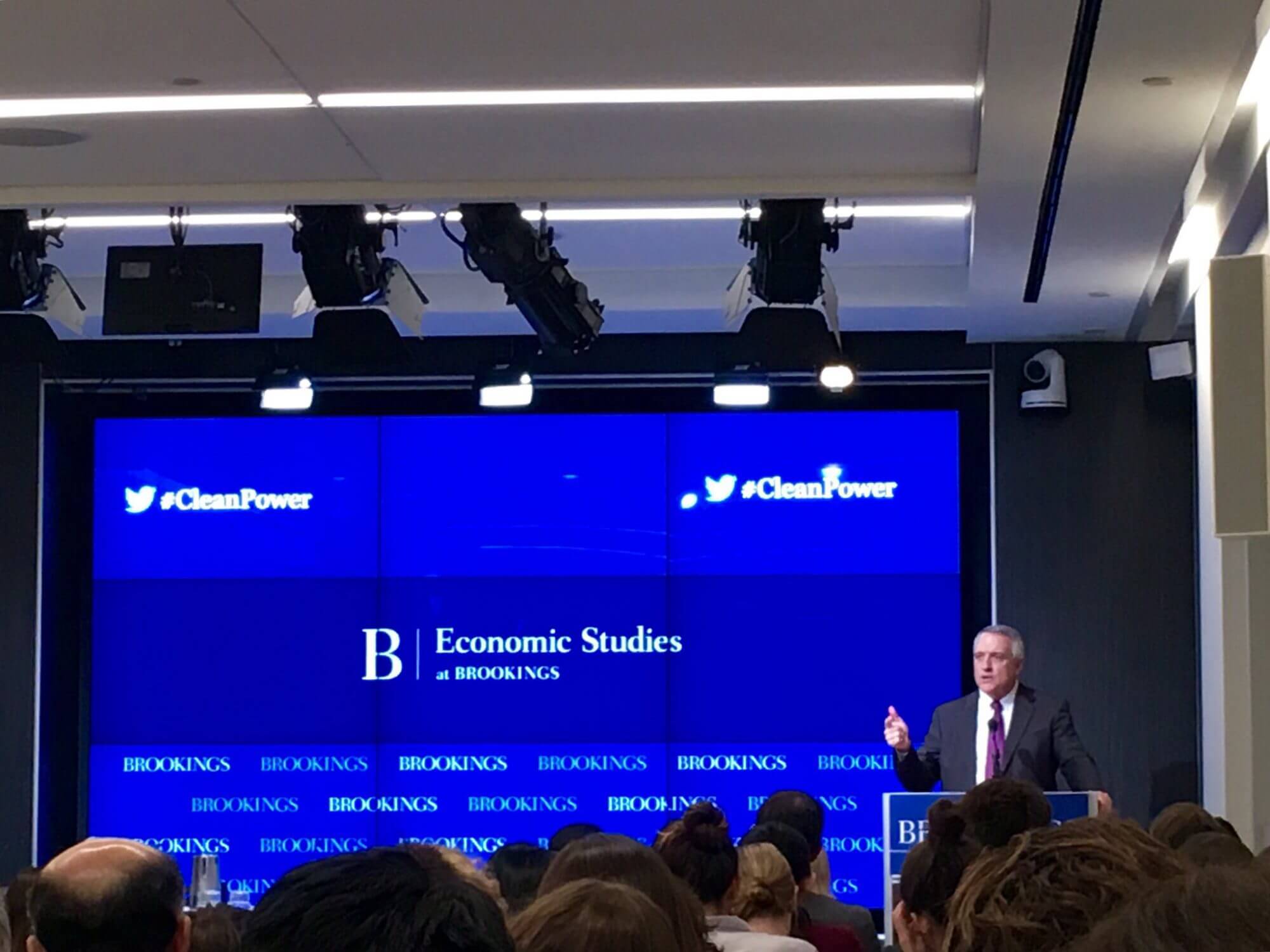 Earlier this month in a 5 to 4 vote, the Supreme Court ordered the Obama administration not to take any steps to carry out its Clean Power Plan, which calls for new limits on power plant emissions. Scalia, who died on Feb. 13, voted with the majority to stay the plan, which could delay progress on the rule until after President Barack Obama leaves office next January.

The stay was issued after a coalition of 29 states challenged the implementation of the EPA’s new rules. That case is in the U.S. Court of Appeals, for the District of Columbia.

“If they had taken this up after Scalia’s death it would have been a 4 to 4 tie,” said former Colorado Gov. Bill Ritter, at a Brookings Institution panel Monday. If your side thought it won when the court issued the stay, you might want to think again, Ritter said, “until you know who the next justice is or if you’ll get the next justice in time.”

Before the Supreme Court’s decision, the plan was on course to take the first step in September toward full implementation in 2018.

The EPA’s Clean Power Plan is one of the Obama administration’s efforts to reduce carbon emissions blamed for global warming and increase clean energy. The plan gives states strategies to reach a targeted 32 percent reduction in 2030 emissions, relative to levels in 2005.

Whether or not the Supreme Court allows s the EPA’s plan to go forward, states will continue to move towards a decarbonized future, Ritter predicted.

“States have been doing dramatic things for quite a while,” he said. “If the Clean Power Plan goes away I have a sense that this issue is going to keep moving forward.”

According to Ritter, many states including his own have already made strides lowering their carbon emissions since the plan was unveiled last summer.

Ritter, a Democrat, left office as governor in 2011 and is now the director of the Center for the New Energy Economy at Colorado State University.

“We are modeling 12 states and it’s beginning to give them an analysis that shows them what will be necessary to reach their target,” he said.

Ritter said that state utilities, providing electricity, were pleased with the Clean Power Plan because it gave them certainty about what the next few years would look like.

The Supreme Court’s stay puts that certainty about the future of electrical power “in question again,” Ritter said.

“What I feel badly about is that this conversation has become so partisan. But what I feel good about is that aside from that partisanship, I sense that from both sides governors are seeing a need to do this,” Ritter said.

Last September, Michigan Gov. Rick Snyder, a Republican, refused to join in a multi-state court action to block the EPA’s new rules, announcing that he would meet the Clean Power Plan’s targets and deadlines to reduce carbon dioxide emissions from state power plants.