Congressmen: Future of health care will be decided Nov. 8 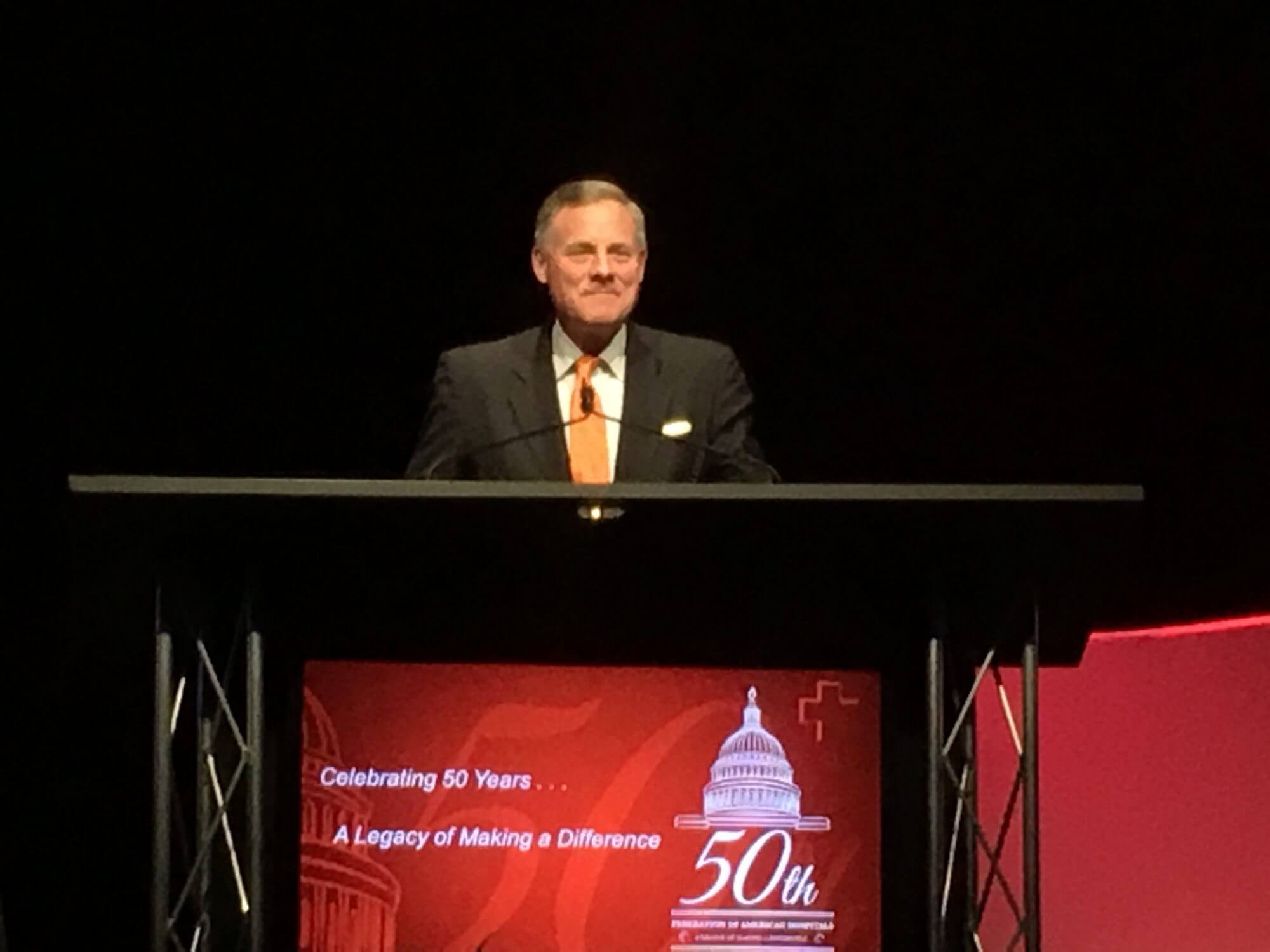 Sen. Richard Burr, R-N.C., discusses the importance of health care in the 2016 election at the annual Federation of American Hospitals summit. (MNS)

Speaking before the annual Federation of American Hospitals summit, Sen. Richard Burr, R-N.C., said Republicans have readied alternatives to the controversial Affordable Care Act. However, he acknowledged the GOP ideas will go nowhere as long as it “requires this president’s signature.”

“There are a lot of us in Washington who’ve been there with our hands up…(trying to change) the tragedy of the direction of health care,” Burr said. “On November 8, America will decide if we stick with the ACA.”

At the beginning of the year, House Speaker Paul Ryan used a budget tactic to usher through a repeal of Obamacare, which was vetoed by Obama and then withstood a veto override vote.

The House Republican Task Force on Health Care Reform released a mission statement last week that outlined areas in which a GOP alternative would replace Obamacare, borrowing many ideas from a House bill that stalled in committee in 2013.

But the left-leaning Center on Budget and Policy Priorities has argued that the Republican bill would “jeopardize” coverage for 14 million Americans and weaken consumer protections created by Obamacare. The draft Republican bill, for one thing, would eliminate the Affordable Care Act’s expansion of Medicaid.

House Majority Whip Steve Scalise said Republican House leaders are working on an alternative even as the party debates its presidential nominee. Scalise said primary voters – choosing among the GOP contenders and their health plans – could have a significant impact on the future of health care even before the General Election.

Scalise has yet to endorse any candidate for the Republican nomination.

Dr. Andrew Bindman, who was actively involved in the development of Obamacare as a Senate staffer, said he is surprised that the GOP sees health care as a major issue for 2016, since some polls have suggested it isn’t a pressing concern for most voters.

Bindman said both parties understand that something must be done to slow rising health care costs and increased demands on the health system. Republicans, he said, value a free-market philosophy at the expense of guaranteeing coverage to low-income Americans.

A Republican White House would possess tools, such as state waivers and budget tactics, that could limit certain aspects of Obamacare — like the individual mandate — that Republicans dislike, Bindman said.

“Passing a law requires a lot of effort, and if you look over the past 50 years…there have only been a few major law changes to health policy,” he said in a phone interview. “Without a major shift in the White House and Congress, it’s unlikely there will be a repeal — though there are definitely ways to undermine the law.”