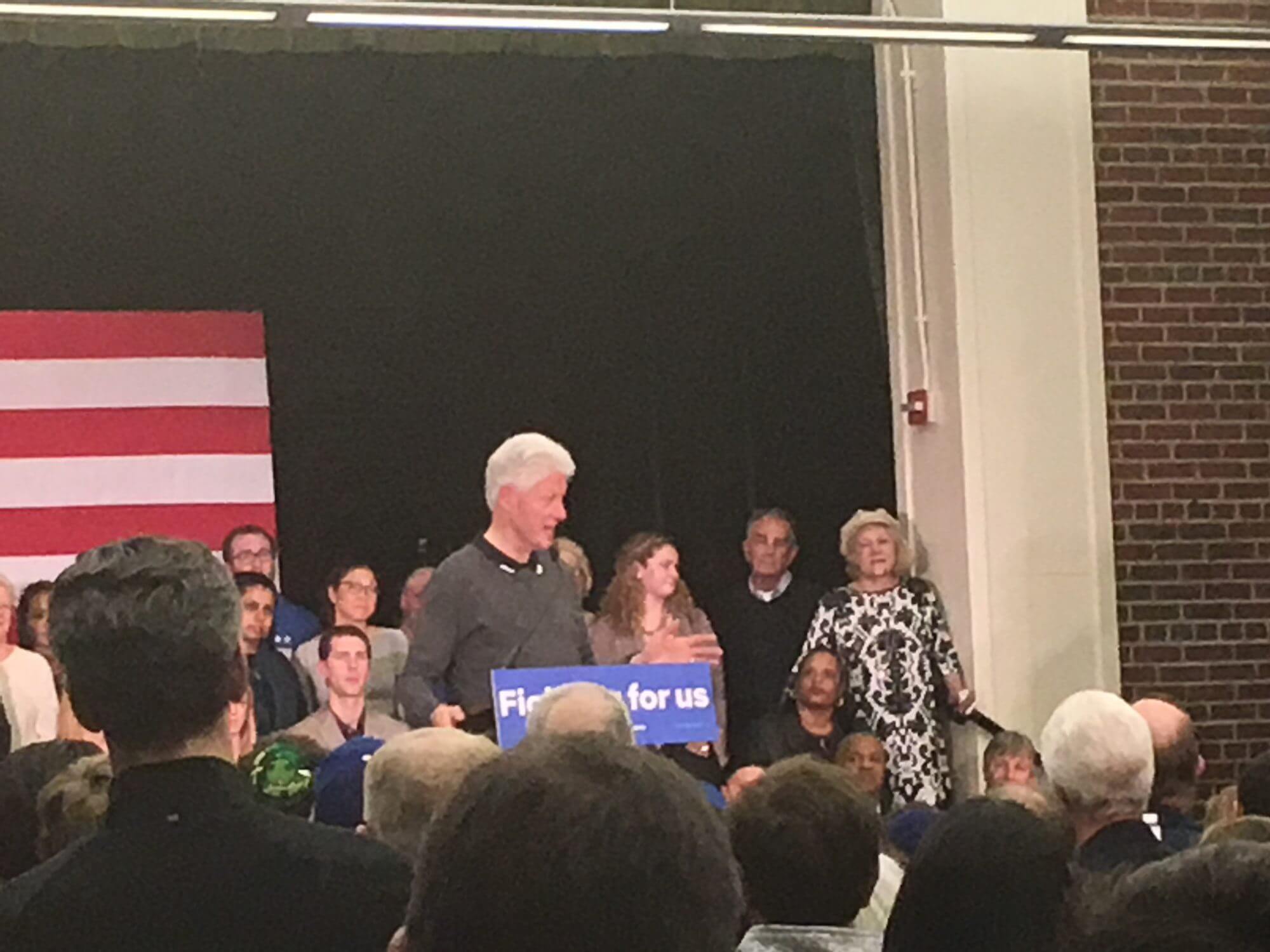 ALEXANDRIA, Va. — Former President Bill Clinton tried to make a case Wednesday for why his wife is the best candidate for millennials struggling to get a foothold in the modern economy.

Bill Clinton spoke to more than 150 people at a recreation center here in suburban Washington, outlining much of Democratic frontrunner Hillary Clinton’s platform, including her plan to reform the student loan system.

Despite healthy economic growth since the recession, he said some young Americans feel left out of the recovery.

“So many Americans look at that picture and can’t see themselves in it,” he said.

His remarks come as former Secretary of State Hillary Clinton continues to trail Vermont Sen. Bernie Sanders with young voters. As a crowd waited in a hot and humid auditorium for more than an hour for the forming president, Taylor Swift and Jennifer Lopez tunes boomed through the room.

The music seemed geared toward the young people in attendance, as did Clinton’s remarks: He touted Hillary Clinton’s plans for college students to refinance loans, and moving over the longer term to debt-free college for four-year public university students.

Calling for free college and free healthcare is unrealistic, Connolly said, and such proposals would never win bipartisan support on Capitol Hill.

“Have you met my Republican colleagues?” he said of the majority in Congress. “Government is about getting things done.”

The former president’s visit comes six days before Virginians choose between Hillary Clinton and Sen. Sanders on March 1, also known as Super Tuesday. Virginia is one of 11 states holding a Democratic primary that day.

Clinton leads Sanders by 22 points in Virginia, according to a recent Public Policy Polling survey of 500 likely voters.