Biden gathers forces to end cancer: Can he make a difference? 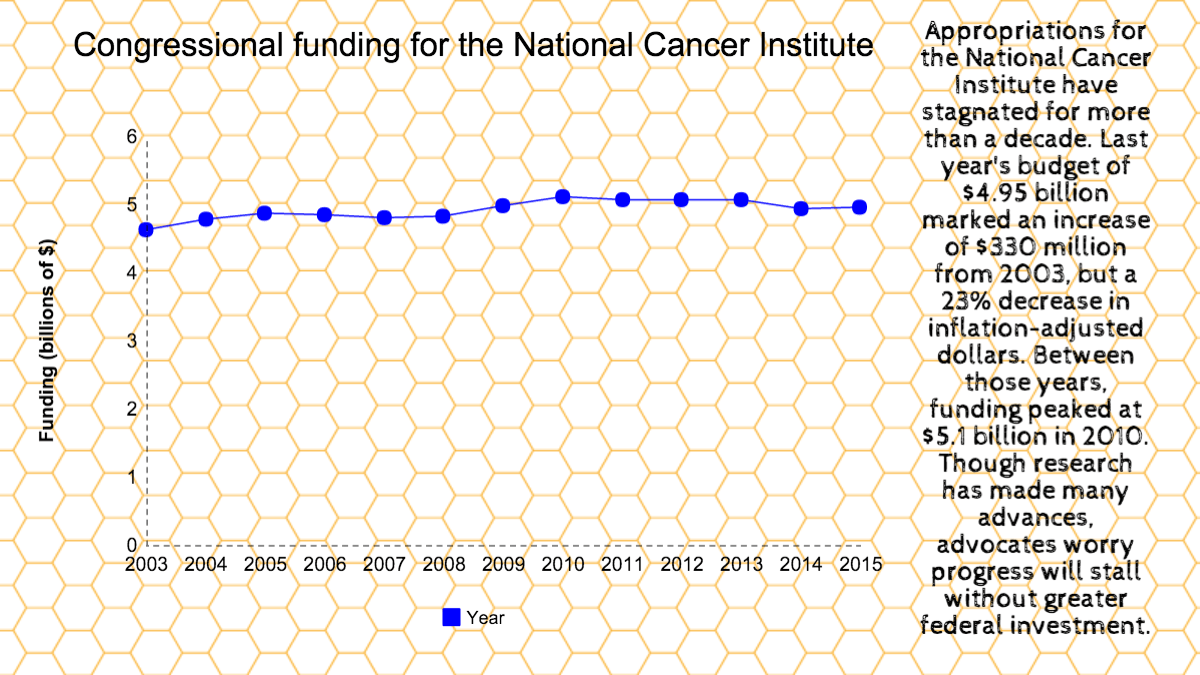 WASHINGTON – Vice President Joe Biden is using his final 11 months in office to lay the groundwork for his next big ambition — to double the pace of cancer research.

The White House recently established a task force with Biden to lead the effort, and President Barack Obama’s request for $1 billion to spend on research has received bipartisan support.

Can the vice president make a difference?

“What Joe Biden brings to the table here is raising the profile of a lot of efforts that are already going on and helping coordinate them, helping people who are working on one part of the cancer puzzle get in touch with people who are working on the other,” said Jonah Blank, a senior political scientist at the RAND Corp. who served on Biden’s staff when he was a senator from Delaware.

“I see it as a cheap political trick,” he said. “I mean, who doesn’t want to cure cancer?”

Cancer researchers who have met with Biden believe the vice president can play a key role in finding a cure.

“I think it’s absolutely feasible,” Dr. Mark Poznansky, director of the Vaccine and Immunotherapy Center at Massachusetts General Hospital, said of Biden’s ultimate goal to end cancer. “I think that the skill set in this country to achieve it is there.”

Poznansky was one of the medical experts who met with Biden at his Naval Observatory residence in December, one of a series of meetings to educate the vice president on specific treatments.

“He was emotionally, personally and intellectually fully engaged,” Poznansky said.

It’s personal for Biden, whose son Joseph R. “Beau” Biden III, died in May of brain cancer at age 46.

Poznansky researches immunotherapy, which has shown promise in recent years. A type of targeted treatment, or precision medicine, immunotherapy uses information from individual genes and proteins. It strengthens immune responses to cancerous tumors by stimulating the immune system or stopping signals that suppress its efforts.

Biden has shown considerable interest in immunotherapy; it was the first treatment he listed as a “cutting-edge area” of research in a Medium post in January to introduce the initiative.

“One of the stirring things was the way the vice president talked about making sure this type of approach to curing cancer got out to the broader community, individuals and families suffering from the disease, and I think that’s a very noble cause,” Poznansky said.

Stossel is less optimistic about the likelihood for success of a government-led task force, saying the future of cancer research lies with private industry, which offers the best chance to achieve Biden’s ultimate goal because it can sidestep the bureaucratic obstacles that bog down government-sponsored commissions. 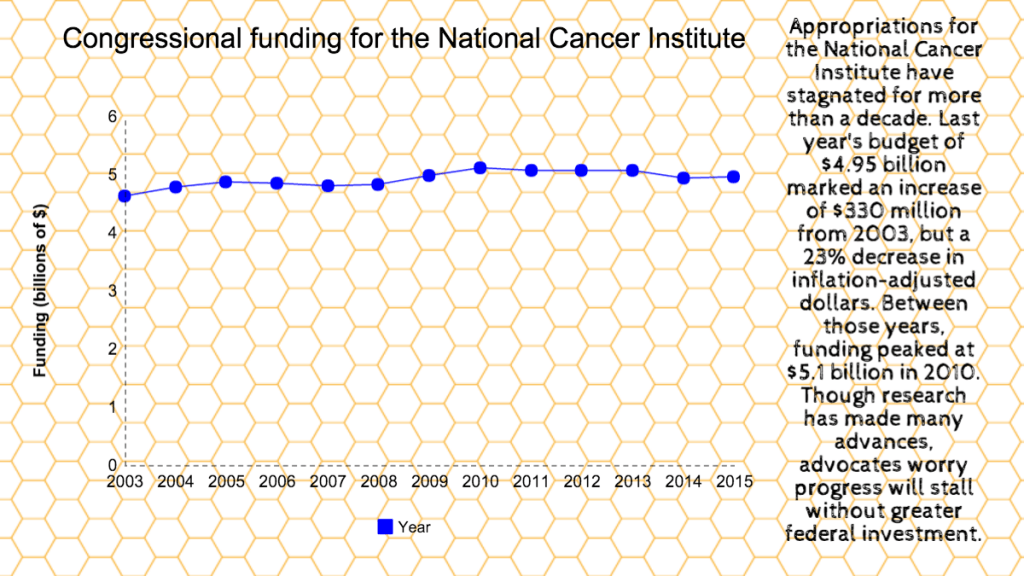 A major part of Biden’s strategy has little to do with Washington. He aims to fix the lack of collaboration between cancer centers, which hold databases of medical records and other data.

In a statement in January, Biden said he believes data and research results are trapped in silos, “preventing faster progress and greater reach to patients.”

“The biggest [challenge] that everyone recognizes is the sharing of information between all of these organizations,” Poznansky said. “It’s a bit like when you see a patient in a hospital – within that hospital, all the information has to be shared in order to get the best result for the patient and their family. Now, magnify that many times with many different organizations, and that’s a challenge.”

Obama’s impetus for appointing Biden to head the initiative may have been the vice president’s four-plus decades in public office, which could help him bridge the gap between researchers.

“Many systems don’t talk to each other,” said Tufts Cancer Center director Dr. Andrew Evens, citing barriers like patient privacy and concerns over intellectual property. “Even within a singular system, like one medical center, there’s now many different medical records and medical databases that don’t talk to one another, much less across different systems.”

Another complicating factor is the variability of the human body.

“We can build planes that fly themselves because they’re engineered and we understand them completely, so you can make them highly predictable,” Stossel said. “But human beings are highly unpredictable. Microorganisms … have keyed into every molecule in our bodies. They use our machinery – bacteria do it, fungi do it viruses do it – to get at us, and if we were 100 percent predictable, they’d have wiped us out eons ago.”

So while this volatility protects humans from illness, it makes cancer – already complex enough in its many forms – almost impossibly difficult to cure. In other words, when two people develop the same cancer, the millions of differences in their DNA complicate things. This is why targeted treatments like immunotherapy have gained momentum. 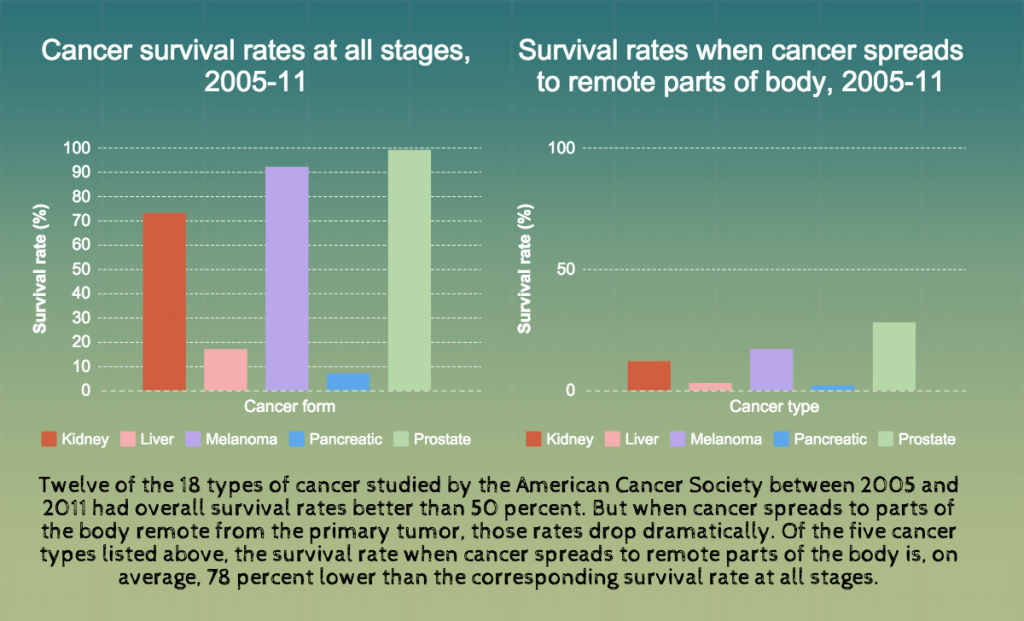 The complexity of finding a cure has made Stossel skeptical about Obama’s use of the term “moonshot” to describe the cancer initiative. When the president introduced the commitment to a cure during his State of the Union address, he indirectly compared it to John F. Kennedy’s goal of putting a man on the moon.

Stossel argued curing cancer – a complex category of diseases – presents far more uncertainties because sending people to the moon and back relied on concrete and proven physics principles to engineer the right spacecraft. Curing cancer relies on more obscure and variable biological principles.

But before the first meeting of his Cancer Moonshot Task Force on Feb. 1, Biden explained the connection he sees between the commitment to ending cancer and Kennedy’s mission statement.

“I believe that this effort, like President Kennedy’s call to land on the moon 55 years ago, is truly a call to humankind – to be bold and do big things,” Biden wrote in a message.

And like another former president, Biden’s role will largely play out when he is out of office.

“Look at everything Jimmy Carter has done after being president. He’s had the most consequential post-presidency of any president in recent memory, maybe any president in U.S. history,” Blank said. “Has he cured a lot of the diseases he has fought against? Probably not. But has he achieved incredible things in decades since he has left the White House? Yes, he absolutely has. And that’s the kind of role that Joe Biden can have, too.”