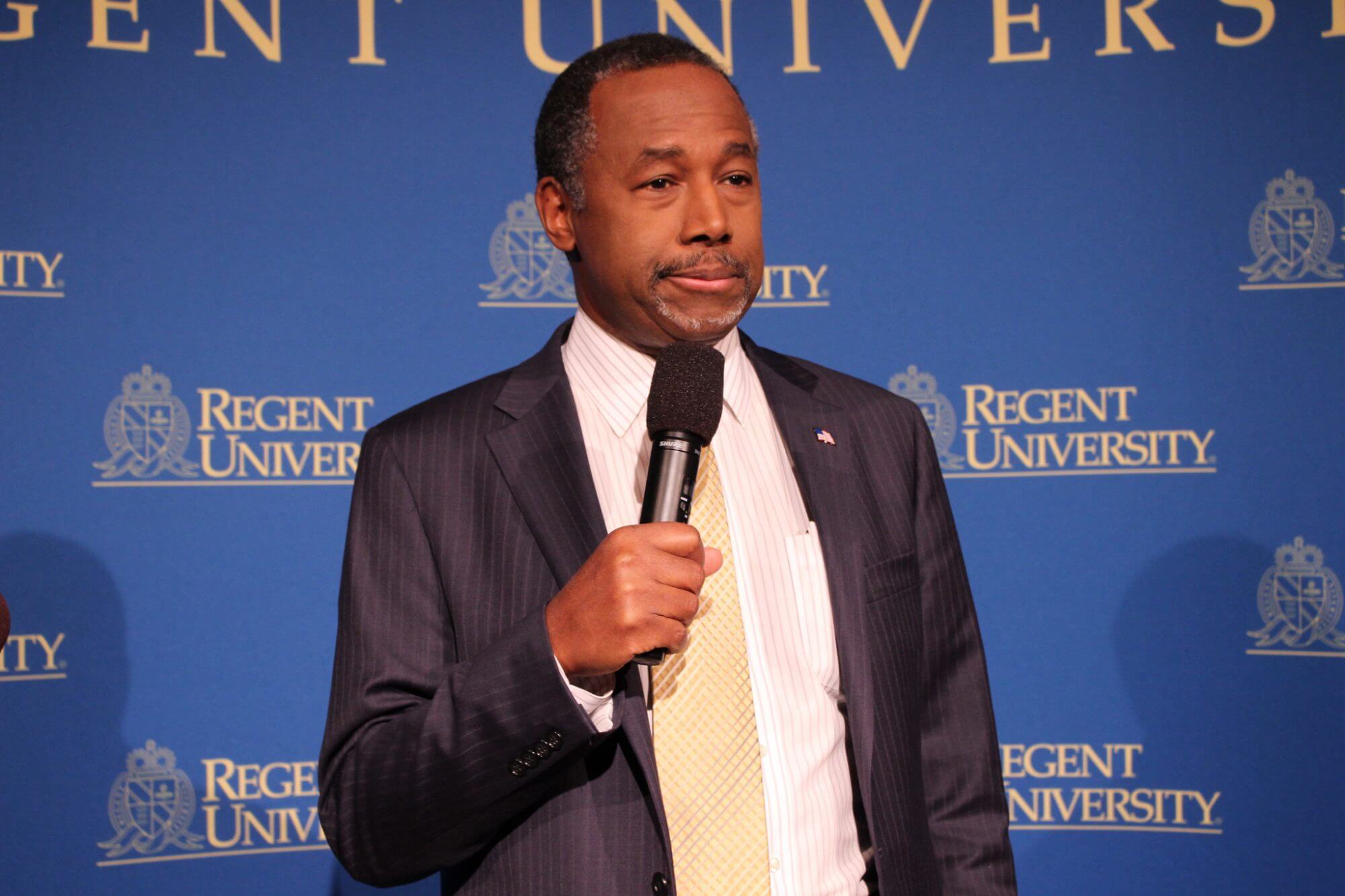 VIRGINIA BEACH — The hostility of the GOP primary race has sent a small but dedicated group of Republican voters looking for a candidate with a “gentle spirit” and ability to compromise. And it’s those people that Ben Carson, who has become something of a political afterthought, is counting on to revive his campaign.

“I think we’re going to gain an enormous amount of delegates tomorrow,” Carson told a crowd of more than 700 at Regent University on Monday. “I don’t know exactly how I will do in each state, but I do know we will pick up a lot of delegates, and that will reshuffle the deck.”

Carson assured the packed auditorium that he has no intention of ending his presidential bid even though Donald Trump leads polls in mostSuper Tuesday states, while Carson is polling at 9% nationally and 6.5% in Virginia, according to a rolling average of polls compiled by RealClearPolitics.

Carson has largely faded into the background of the presidential race over the last few weeks. So far he has only secured four delegates in the early contests, and he was mocked for asking other candidates to attack him at last week’s debate so he could get more speaking time.

But even as the Cruz and Rubio campaigns try to position their candidates as the main alternative to Trump after Super Tuesday, for some voters Carson remains a refreshing alternative in an increasingly combative race.

“I want someone who’s elected to work with people on the other side of the aisle — I don’t care if you’re Republican or Democrat,” said Michael Sifen, 60, of Virginia Beach. “I think [Carson] is a person that gets people together.”

Many supporters at the rally credited Carson’s genuineness and cooperative attitude as reasons they’ve stayed in his camp despite his low polling numbers.

Caleb Cherry, 17, applauded Carson for his belief in the “principles of our founding fathers,” and his ability to firmly stand his ground despite other candidates’ attacks.

“Someone with a gentle spirit like that, when he talks, you can see the amount of wisdom he has,” Cherry said. He will be 18 by the November general election, and hopes to cast his ballot for Carson as the Republican nominee. If it’s not Carson, Cherry said he would most like to see Cruz’s name on the ballot.

Others said they were sticking with Carson for his unwavering religious convictions.

Regent University student Ivory Ysquierdo, 19, criticized Trump for pandering to his audience when he spoke at her school on Feb. 24. His position on Planned Parenthood has led her to look for a different candidate, and she believes Carson “has the Lord on [his] side.”