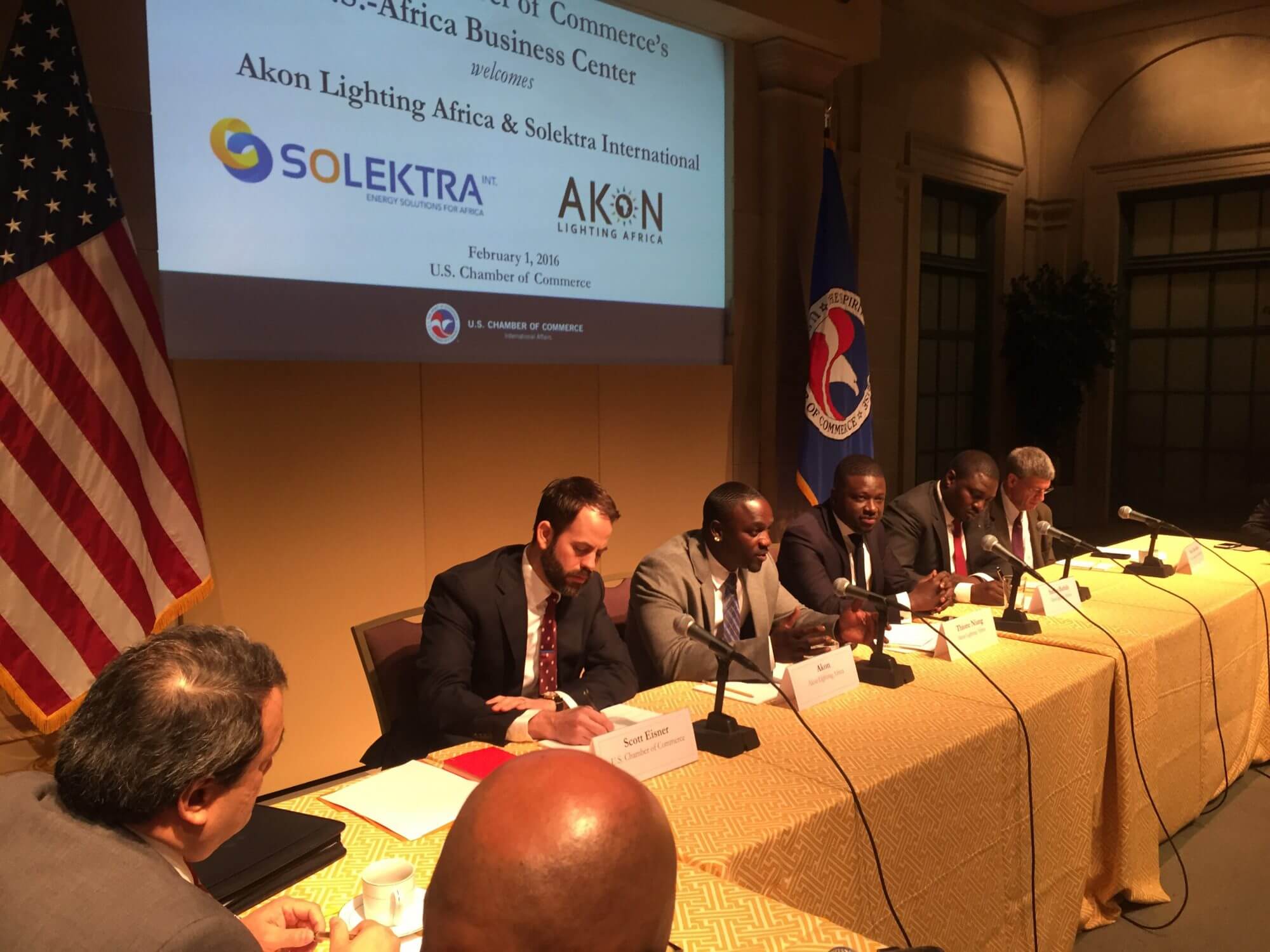 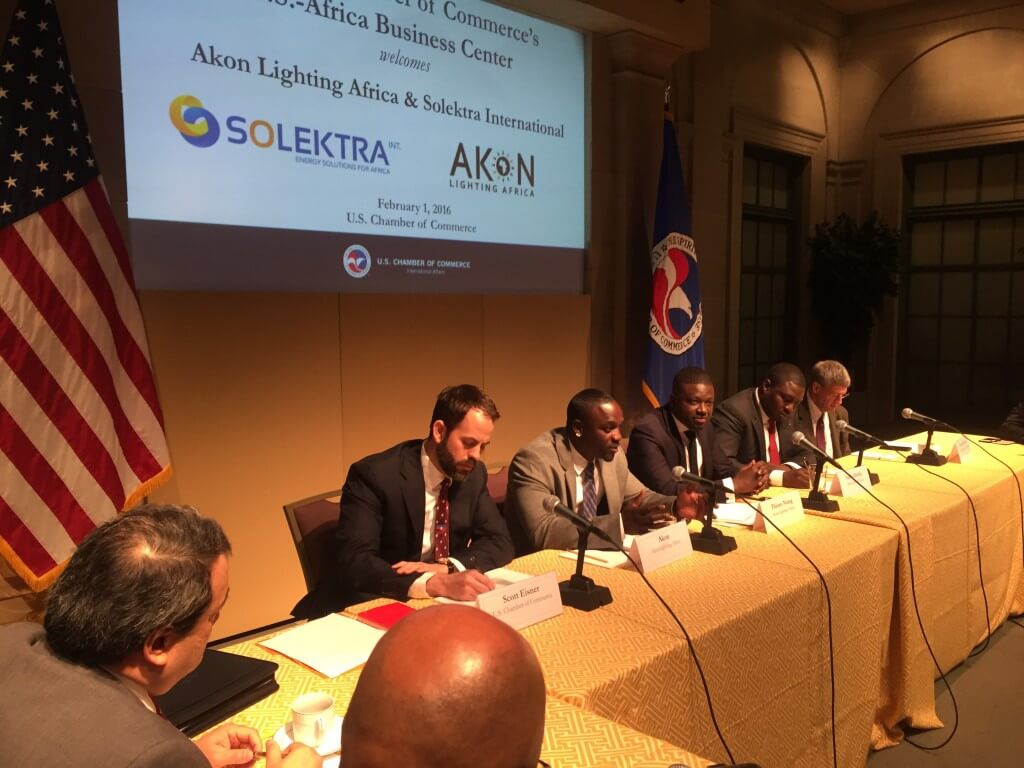 Akon speaks at the U.S. Chamber of Commerce on his initiative, Akon Lighting Africa, to bring solar infrastructure and electricity to Africa. (Alex Duner/Medill News Service)

WASHINGTON — The rapper Akon was on a different kind of stage Monday at the U.S. Chamber of Commerce promoting a renewable energy project called Akon Lighting Africa.

The five-time Grammy-nominated performer started the project in 2014 to increase access to solar energy in Africa. The project has operations in 16 nations.

Two of our three residents of sub-Saharn Africa still don’t have access to electricity, according to U.S. AID.. Akon Lighting Africa works with public-private partnerships to provide both street lighting and in-home lighting. All of it is solar powered.

Electricity can provide phone-charging stations and internet hotspots. Lighting will enable some women to sell their crafts in safety at night.  In other words, electricity is critical to Africa’s economic development.

The U.S. Chamber of Commerce hosted the event to discuss how partnerships between African and American companies could be mutually beneficial. Representatives from Coca Cola and South African Airways were there to share their expertise in international business.

“It’s a matter of figuring out who is willing to be creative financially,” said Akon, whose parents are from Senegal. “Being creative is going to be the key for Africa. The normal way of proceeding…doesn’t always work.”

Akon Lighting Africa uses a pre-financing model that has enabled it to move quickly building solar infrastructure. Working with the International Monetary Fund and the World Bank often slows things down, Akon said.

“If we are going to have a solution, it needs to be African,” said Omar Arouna, Benin’s ambassador to the United States. “We are going to put electricity and light under everybody’s pillow.”

A key part of Akon’s project is a solar academy in Mali, which teaches young African engineers and entrepreneurs to produce solar power.

“Job creation and youth training is at the core of what we are doing” said Niang. “Without energy there is no education.”

The “Electrify Africa Act of 2015” is set for debate on the House floor later this week. Akon supports the bill.