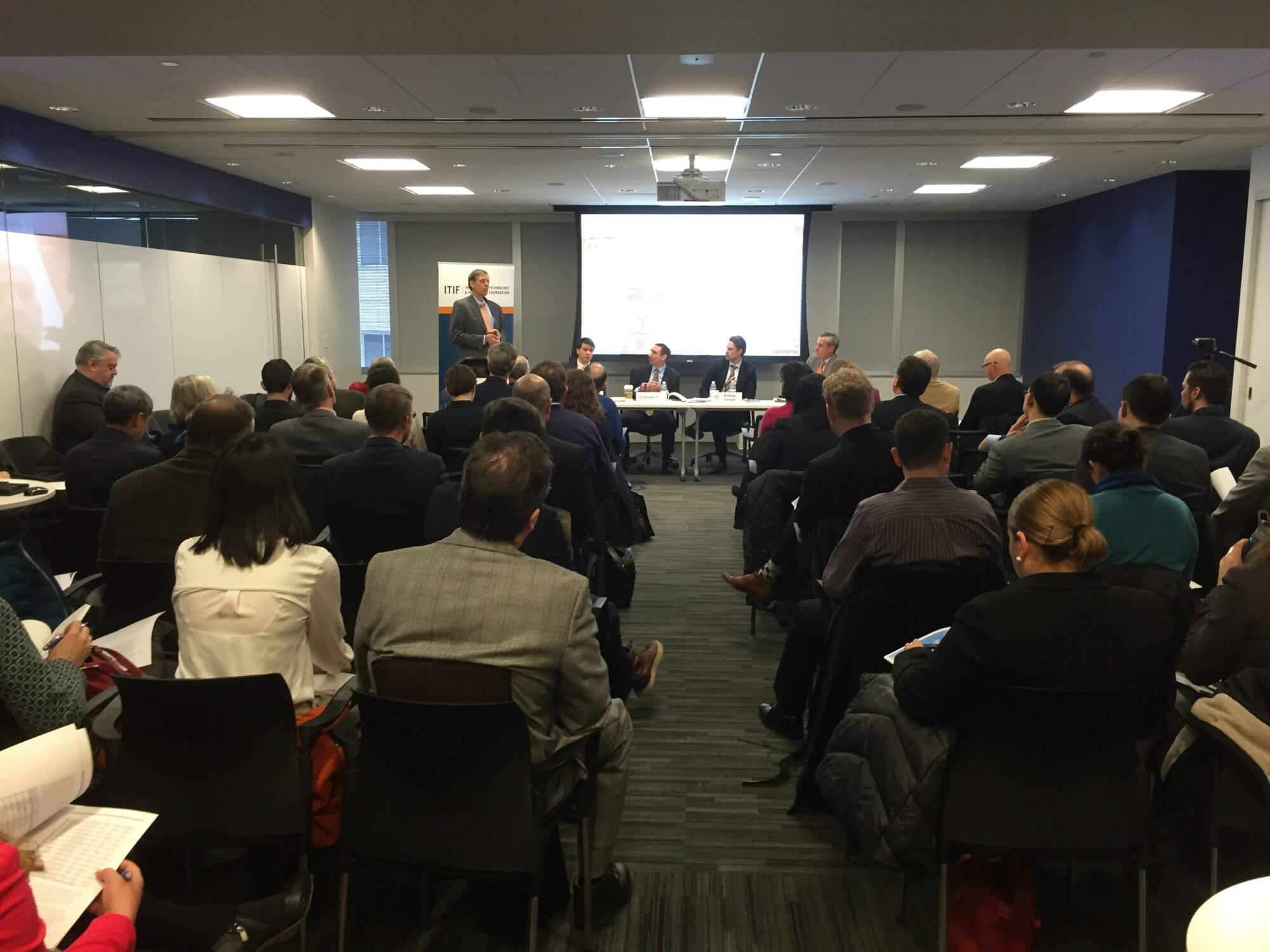 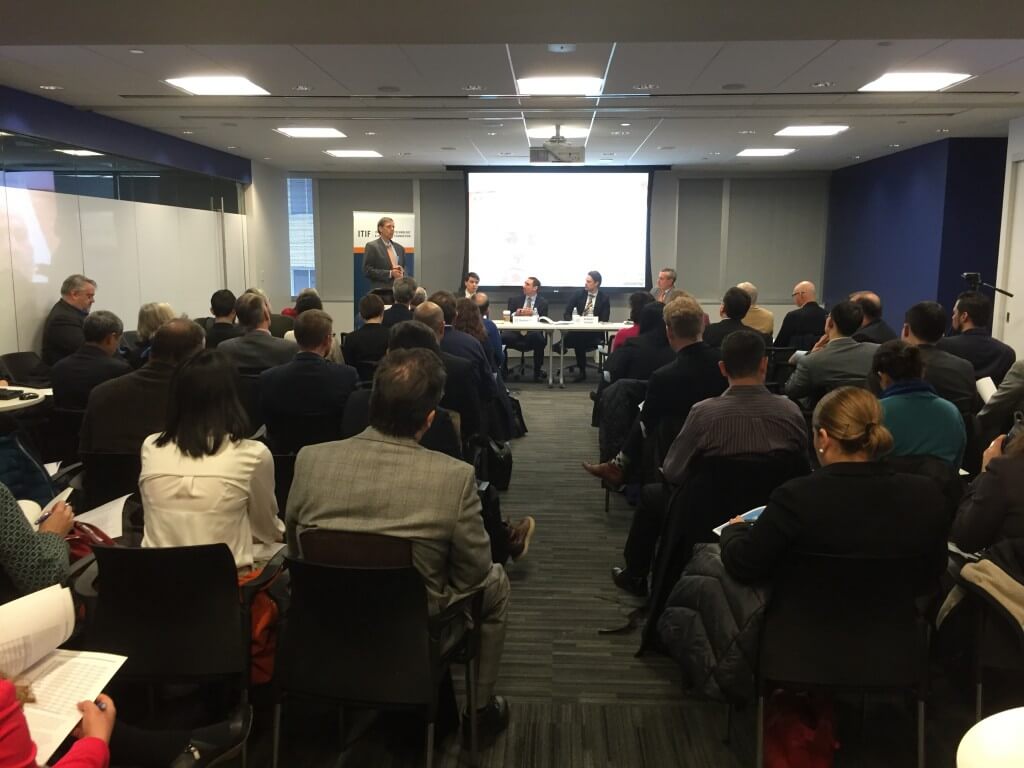 WASHINGTON — The United States is the 10th largest contributor to global innovation, 34 spots ahead of China, according to a report released Wednesday, while Finland and Sweden – countries whose spending on new technology and ideas is much less than America’s – top the list.

The Information Technology and Innovation Foundation’s report ranks 56 countries, comprising 90 percent of the world’s economy, on how much their policies help and hurt innovation globally.

The U.S does more to drive global innovation than any other nation due to its sheer size, the report said, but nine other countries bested the U.S. because its “dogmatic faith” in free markets “does relatively little to proactively support innovation” around the world. The findings attempt to quantify each country’s impact on the “broader global innovation system,” going beyond countries’ innovation success within their own borders. 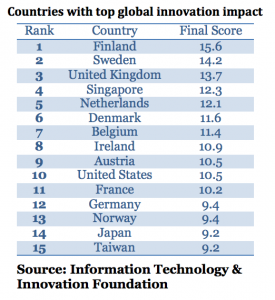 The report factors in not just policies that support innovation, but also those that harm it – and that’s what put China near the bottom at 44 despite its above-average contributions.

A major source of the low ranking was China’s export subsidies, which the report argued harm global innovation by putting innovative industries like wind turbines and solar cells at a disadvantage.

“Global policymakers need to treat innovation as important as trade in optimizing global economic welfare,” said Stephen Ezell, one of the report’s co-authors.

This problem is not unique to China, however. While it is by far the most egregious offender, countries like the United States and France also rank on the lower end when it comes to export subsidies. The temptation for large countries to view themselves as immune from competition puts them at a disadvantage, said Information Technology and Innovation Foundation President Robert Atkinson.

Small countries at the top of the global innovation rankings – Finland, Sweden and the Netherlands, for example – recognize the necessity of global trade because they lack the manpower to produce everything they need, while the U.S. “for so many decades was immune from competition,” Atkinson said, “so we have this view that we don’t have to really compete.”

Ezell recommended the U.S. cut its effective corporate tax rate and increase tax credits for research and development to improve its innovation standing.

But to look purely at the innovation rankings is to miss the point, said Jason Potts, an innovation economist at the Royal Melbourne Institute of Technology in Australia. 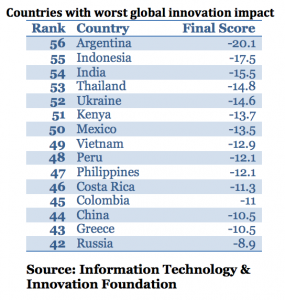 Potts said the report has “fundamentally diagnosed an enormous opportunity … If we could get to the point where each nation is playing ‘cooperate,’ there are enormous gains to be had in terms of potential global growth, development and a whole raft of other factors … and public good problems.”

Countries like China and Russia, with good contribution scores but poor altruism scores, are drawn toward policies – like tariffs or currency manipulation – that help them even if they hurt other nations. But the report found that, in general, it is advantageous for countries to be altruistic: There is a strong correlation between countries’ contributor innovation policies – how they help the rest of the world – and those countries’ levels of domestic innovation success.

The foundation’s report suggests several broad measures to counter innovation’s collective action problem, in which countries tend to act in their best interests.

Potential solutions include an increase in staff expertise on innovation economics and policy within global organizations like the International Monetary Fund and World Trade Organization, and the creation of a Global Science and Innovation Foundation to fund scientific research on what the report calls “shared global challenges.”