Supreme Court gets bogged down in hovercraft case 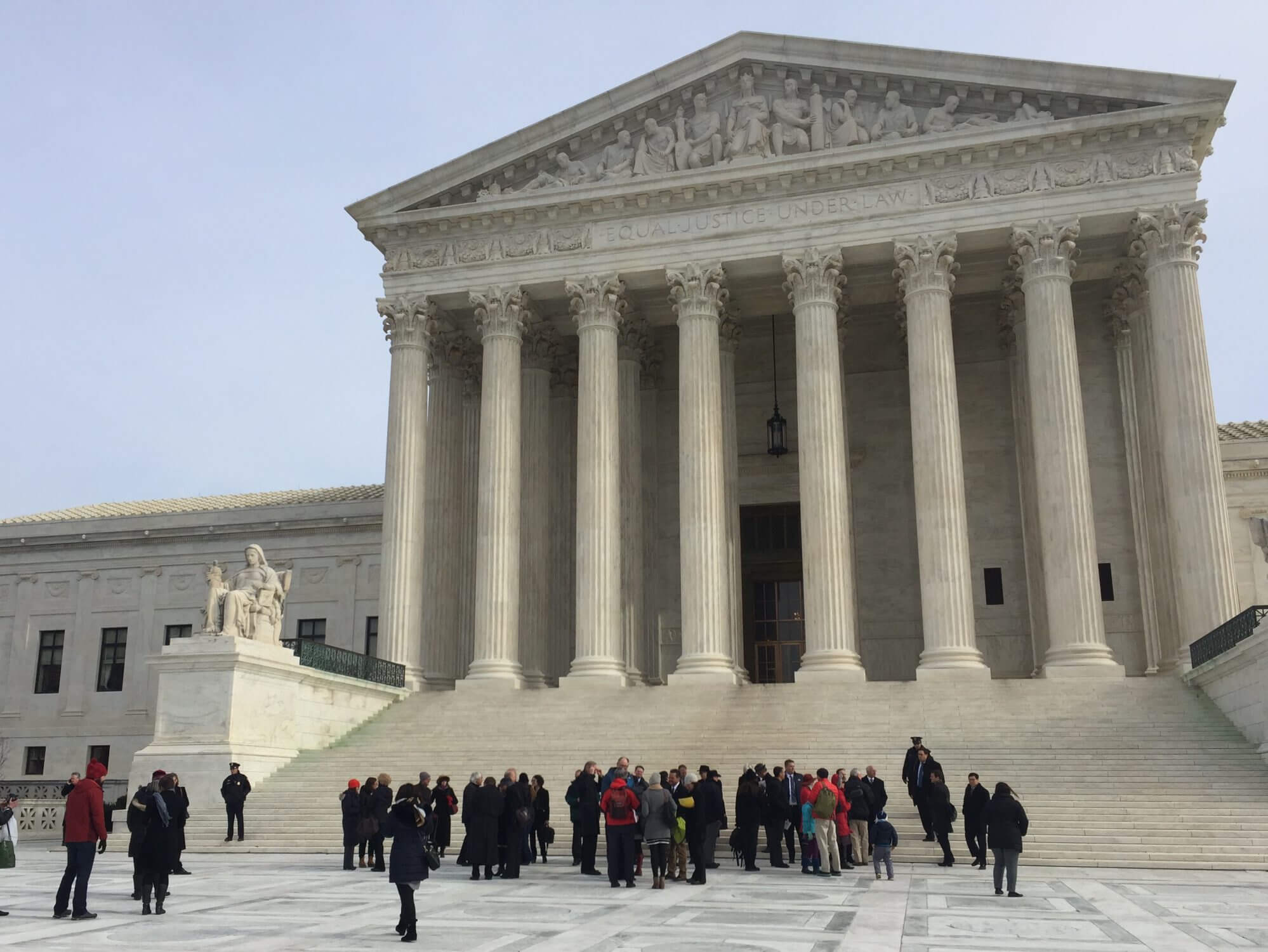 People gather outside of the Supreme Court after oral arguments on January 20.

WASHINGTON — Supreme Court justices Wednesday found themselves stuck on who has control over vast swaths of Alaskan parkland in a case that started with a moose hunter who wanted to use his hovercraft in a national preserve.

John Sturgeon said he has the right to use his hovercraft on a river running through federal parkland in Alaska – an argument that pits the National Park Service against the state and private citizens who own sections of land within the parks.

Sturgeon’s argument rests on an interpretation of three sentences of a 1980 law that created Alaska’s national parkland; it says that nonfederal land within the boundaries of public lands — “inholdings” — are exempt from some National Park Service regulations. Sturgeon had been using his hovercraft on the Nation River in a national preserve.

Because the federal government owns so much land in Alaska – 60 percent — it has special laws for its land there, which includes 19 million acres of inholdings.

Sturgeon contends Alaska owns the riverbed, making it an inholding exempt from the federal rules.

“It seems to me a very strange thing that Congress would have created federal lands in a federal park land but said that the Federal Park Service can’t have anything to do with the rivers,” said Justice Elena Kagan. “The rivers are like an important part of the park, aren’t they?”

The justices’ questioning often bogged down as they tried to define key legal terms and lawyers’ basic arguments.

“It’s too complicated to ask anything,” said Justice Stephen Breyer, after trying to understand the minute legal difference between a “National Park Service unit” and the “land that is within the boundaries of the unit.”

Environmentalists would welcome an interpretation that gives the Park Service more regulatory power. Native tribes and mining companies would prefer a more limited definition, ensuring that inholdings can be used for business purposes.

Federal landholdings in the West have long been a sticking point between commercial and environmental interests. The Oregon militia’s occupation of the Malheur National Wildlife Refuge has recently elevated the issue to national attention.

A decision is expected this summer.