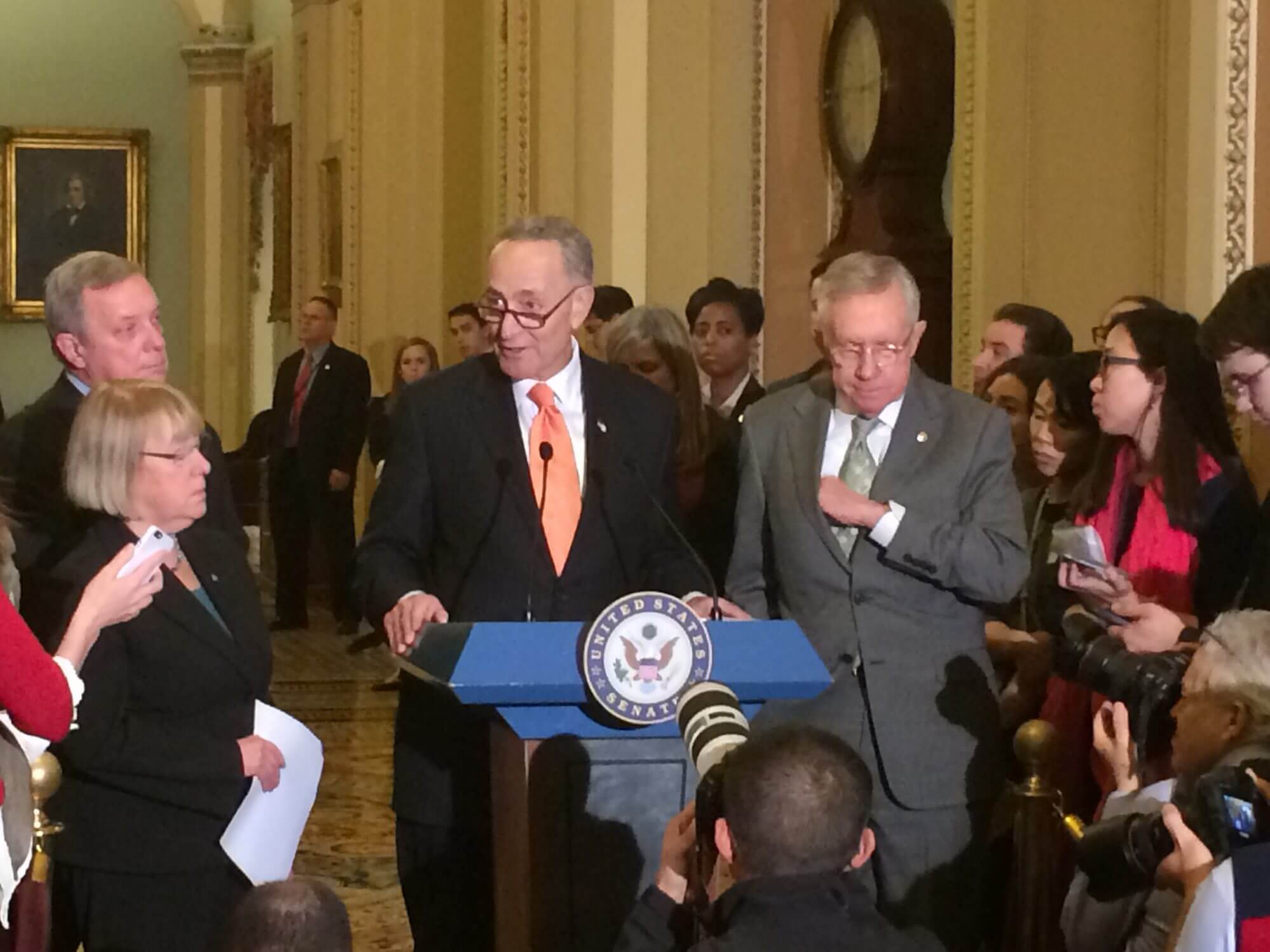 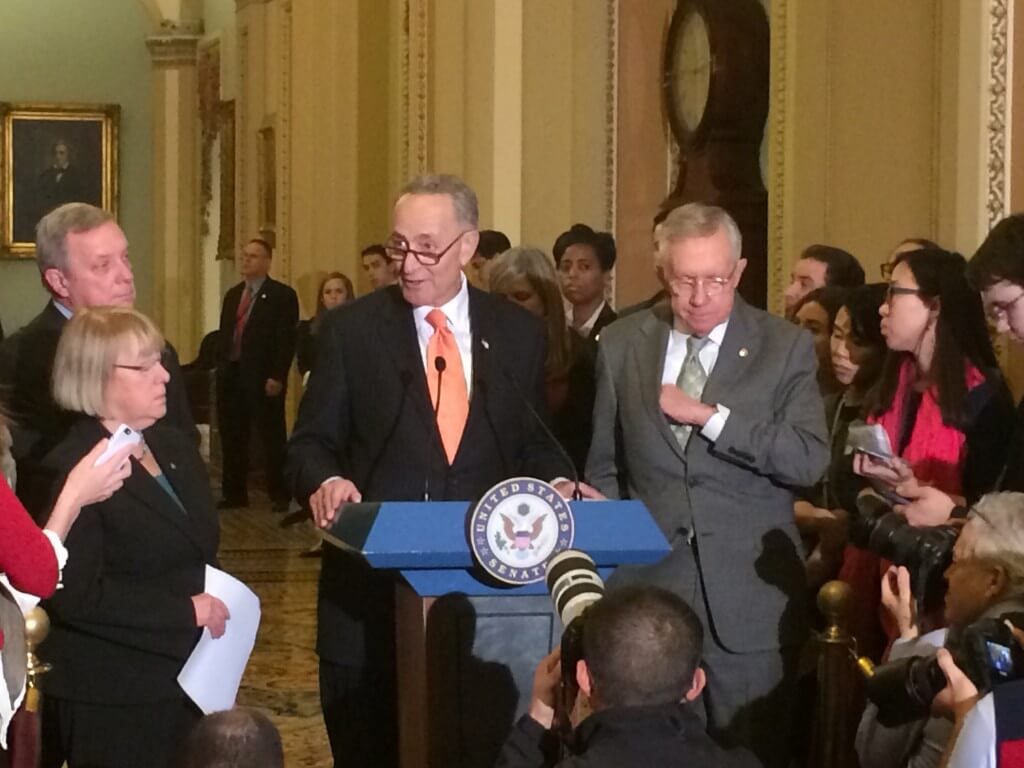 WASHINGTON — Democrats halted part of the Republican agenda in its tracks on Wednesday —without Bernie Sanders—as the Senate fell short of approving a bill that would make it harder for Syrian refugees to enter the United States.

The American Securities Against Foreign Enemies (SAFE) Act, which would require refugees from Iraq or Syria to undergo additional FBI backgrounds checks as well as the standard Homeland Security screenings, failed by a vote of 55-43—five votes short of the 60 needed to cut off debate.

Sanders, who serves in the Senate nominally as an independent, was the only one of four senators running for president to miss the vote. Republican candidates Rand Paul, Ted Cruz and Marco Rubio voted for the bill. Both Rubio and Cruz have often been criticized for missing votes in the Senate.

In the wake of the Paris attacks last November, the House quickly approved the refugee background check legislation. But success in the Senate was another matter. Republicans needed choke off a filibuster, requiring a three-fifths majority to stop debate on the legislation. The filibuster—threatening to talk a bill to death—is the primary minority opposition weapon to stall proceedings.

Republicans and Democrats disagree on where to focus resources in the fight against ISIS. In a news conference before the vote, Democratic leaders stressed their openness to amendments that aimed at known members of ISIS.

“This bill is just another step in the wrong direction,” said Minority Leader Harry Reid, D-Nev.

Democrats also alluded to the influence of the presidential campaign as motivation for the introduction of the refugee bill.

“The Republican leadership is engaged in a presidential campaign that has made many strong statements about these refugees,” said Minority Whip Dick Durbin, D-Ill. “They are so smitten with the Republican presidential candidates they can’t wait to introduce legislation.”

But Republicans are convinced that the extended security measures would improve the country’s ability to prevent domestic terrorism.

“This is not an anti-refugee bill. That is demonstrably false,” said Majority Whip John Cornyn, R-Texas, on the Senate floor. “All we are trying to do is protect our national security.”

James Hathaway, director of the program in refugee and asylum law at the University of Michigan Law School, believes the measures proposed in the bill would do little.

“The multiple layers of review presently in place for any refugee to be resettled to the United States are vastly more demanding than those set by any other resettlement country,” he said by email. “The steps that Congress has enacted do little if anything to make possible what is in fact impossible: perfect knowledge about anyone coming to the United States.”

Sen. Heidi Heitkamp of West Virginia, despite being one of two Democrats to vote with Republicans to end the filibuster, supports more focus on the Visa Waiver Program as a possible weakness terrorists could exploit.

“I supported this bill because I believe it will help American families feel more secure,” she said in a statement. “At the same time, it doesn’t get to the heart of the problem. Our focus should be first and foremost addressing gaps in ‎our visa programs.”

After the House passed the American SAFE Act in November, the White House announced it would veto the bill if it reached the president’s desk.

Without enough support the bill will likely stall indefinitely, but it sets the tone as the two parties struggle to deal with the fallout from conflict in Syria and Iraq.