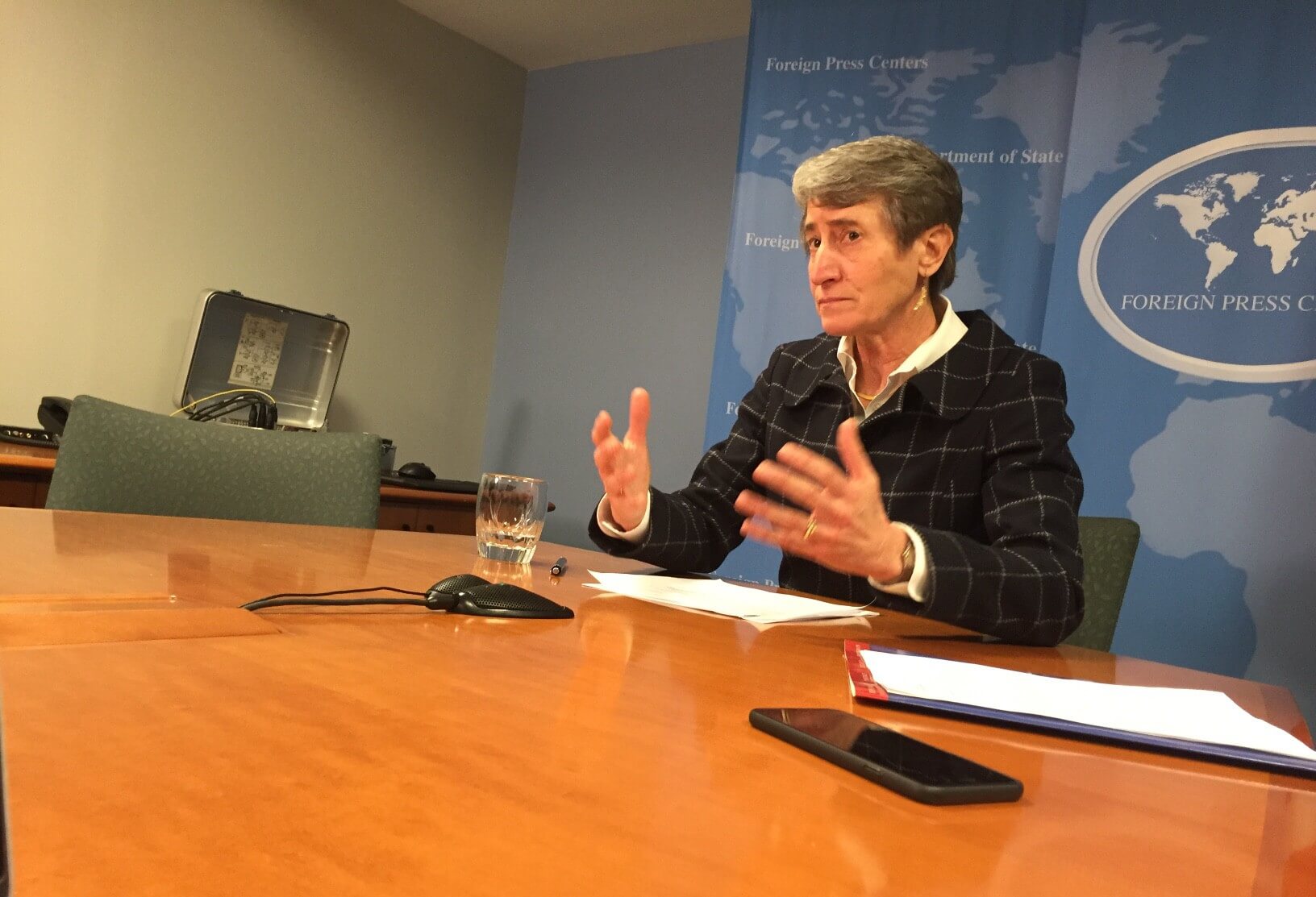 Illegal poaching has reached record levels in Africa, where an estimated 100,000 elephants were killed for their ivory between 2011 and 2014, the highest recorded level in history, according to Jewel.

“The United States is part of the problem, and we have to work together around the world if we’re going to address this scourge,” Jewell told a group of reporters at a roundtable briefing. “Black markets in the United States are contributing to record high demand for wildlife products. Much of the demand is overseas, but a lot of it comes through the U.S.”

Jewell will leave for Africa on Wednesday, where she plans to meet with top government officials and anti-trafficking nongovernmental organizations in Gabon, Kenya and South Africa. She will tour the Wonga Wongue Presidential Reserve in Gabon and visit the Port of Mombasa in Kenya, which she called a “critical location” for wildlife trafficking.

Jewell’s trip is part of the U.S. effort to work with foreign countries to solve the trafficking crisis collaboratively.

“We don’t dictate to other countries what they must do,” said Bob Dreher, associate director of the U.S. Fish and Wildlife Service. “We work cooperatively with other countries. The world can join together and adopt resolutions that can have a binding effect…and it has done so with very strong international resolutions.”

But while much of the illegal poaching takes part overseas, Jewell said many products come through American ports, where wildlife dealers are waiting to sell them within U.S. borders.

“Identifying through our own law enforcement efforts who the perpetrators are of these crimes in the United States is going to be a very important part of solving this puzzle we have,” Jewell said.

Dreher reinforced the point: “The place where we have authority is over the conduct of our own citizens. If we have an issue involving the import of trophies of endangered species, for example, from any foreign country, we can require conduct from our citizens that will ensure the preservation of an endangered species.”

U.S. laws like the Lacey Act prohibit illegal wildlife and plant trafficking domestically, but enforcement is the challenge, Jewell said. The U.S. works with international and domestic ports to stop smuggling as one solution.

The Lacey Act also authorizes U.S. agencies to help other countries enforce their laws and to implement training programs and wildlife conservation funding in African countries.