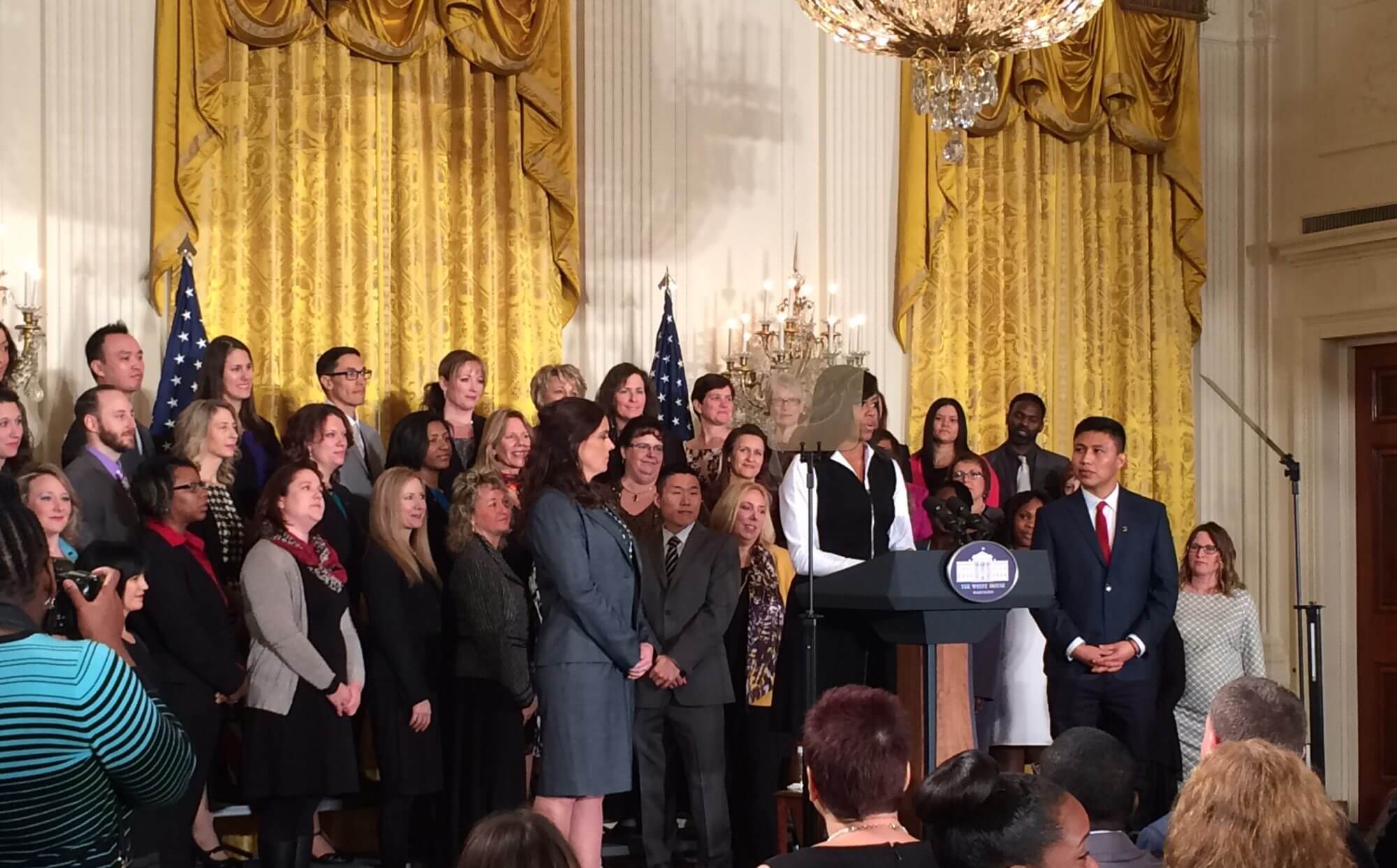 Semifinalists, finalists and their families gathered in the White House on Thursday to watch Mrs. Obama present the Counselor of the Year award to Katherine Pastor of Flagstaff. 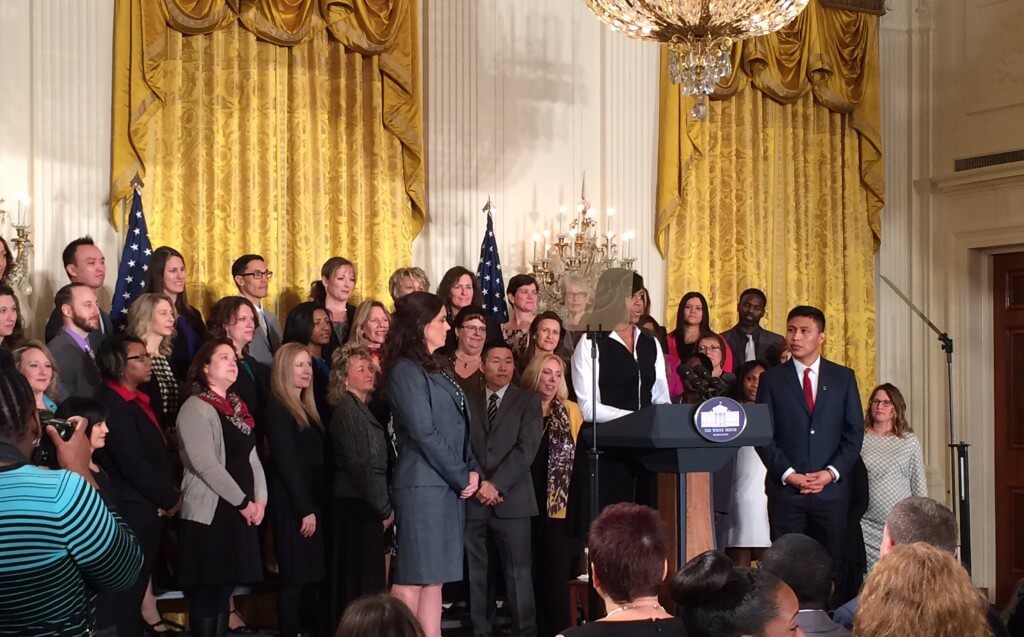 Semifinalists, finalists and their families gathered in the White House on Thursday to watch Mrs. Obama present the Counselor of the Year award to Katherine Pastor of Flagstaff.

WASHINGTON — First lady Michelle Obama awarded the School Counselor of the Year award to an Arizona high school counselor on Thursday because her school’s college acceptance rates for students have risen by 13 percent since she arrived.

“We know our teachers are great, but sometimes those in the background are missed,” said Obama, who was hosting the annual ceremony at the White House for a second time and committed to host for a third time next year.

In her remarks, Counselor of the Year Katherine Pastor, who is battling cancer, spoke about how she had introduced a school-wide common app day at Flagstaff High School, in which students fill out their college applications together with staff  on hand to help them through what can be a laborious process.

“It’s our job to create the bridge that makes post-secondary education accessible to all,” Pastor said. “I believe every child deserves that type of support.”

The White House held the event in coordination with the American School Counselor Association, which gives out the award.

“We’re making progress [in education], but I want to be very clear—as far as I’m concerned, we’re just getting started,” Obama said.

“I hope that whoever lives in this house next continues that tradition.” O

Wendy Rosazza, a semifinalist from Massachusetts, said she was surprised when she was nominated.

“You don’t expect that in your profession, but if it happens it feels really good,” she said.

Despite being a middle school counselor, Rosazza focuses a lot on college preparation, more than most, she said. A lot of her job is simply caring for her students. For example, Rosazza makes sure students have coats in the winter and dresses for school dances.

“This is my passion, this is where I need to be,” she remembered thinking when she first decided to become a counselor. Rosazza stressed how important it was to her that the first lady recognized counseling’s importance.

“We are very often in the background,” Rosazza said. “But Mrs. Obama opened up her house to us, and she really values the impact that we have on students and the difference that we can make.”

Obama also mentioned three other education achievements during the ceremony. The Merck Institute for Science Education pledged $1 million toward Counselors For Computing, a program that provides counselors with resources about careers in technology.

Google has developed new online software that will soon allow students with internet access to take virtual tours of campuses across the country.

The Department of Education has allocated  $15 million to its Talent Search Program, which provides academic and career counseling to children from disadvantaged backgrounds, in the most recent federal budget.