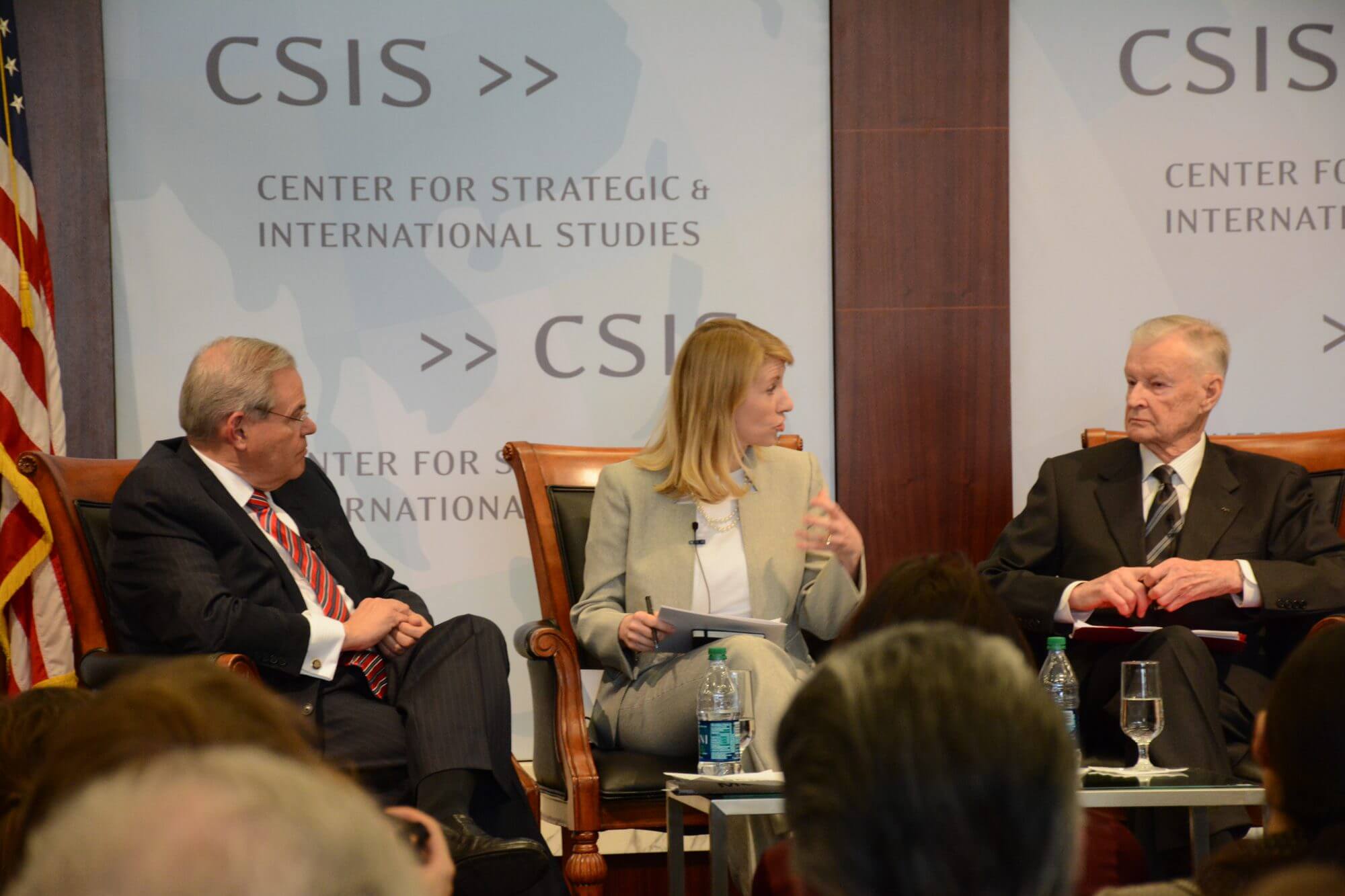 Sen. Robert Menendez, D-N.J., and Zbigniew Brzezinski, national security adviser for President Jimmy Carter, both advocated a firmer U.S. response to “revisionist Russia” this afternoon at the Center for Strategic and International Studies, a think tank.

The top Democrat on the Senate Foreign Relations Committee, Menendez openly advocates a tougher stance on Russia—more sanctions on President Vladimir Putin’s regime and greater support for Ukraine. The senator said President Barack Obama must be more aggressive and enforce the full scope of last year’s sanctions, which added penalties and directed the president to aid Ukrainian military forces.

The U.S. must couple diplomacy with a “broader soft power strategy” because the cost must rise for Putin, Menendez said,.

“Russia will be an economy in crisis” for years to come, Brzezinski said. The veteran statesman added that he stands by the idea that U.S. military support should have been provided. But he now believes subtler, defensive weapons support is the better option.

Brzezinski, with a political career spanning more than four decades, had advocated increased sanctions, but suggested flexibility would be necessary in a July interview with CNN.

The Ukrainian crisis, centered on pro-Russian separatists driving Russia’s annexation of the Crimea last year, has led to thousands of deaths—including that of an American teen on board an airliner allegedly shot down with Russian supplied weapons by separatists in Eastern Ukraine.

Although he wants Ukraine to achieve peaceful prosperity, Brzezinski opposes the nation joining NATO. This, he said, would provoke Russia in a risky way.

Menendez’s comments come with the backdrop of a pending investigation and allegations that he accepted gifts in exchange for political favors.