A look back at the strained relationship between Netanyahu and Obama 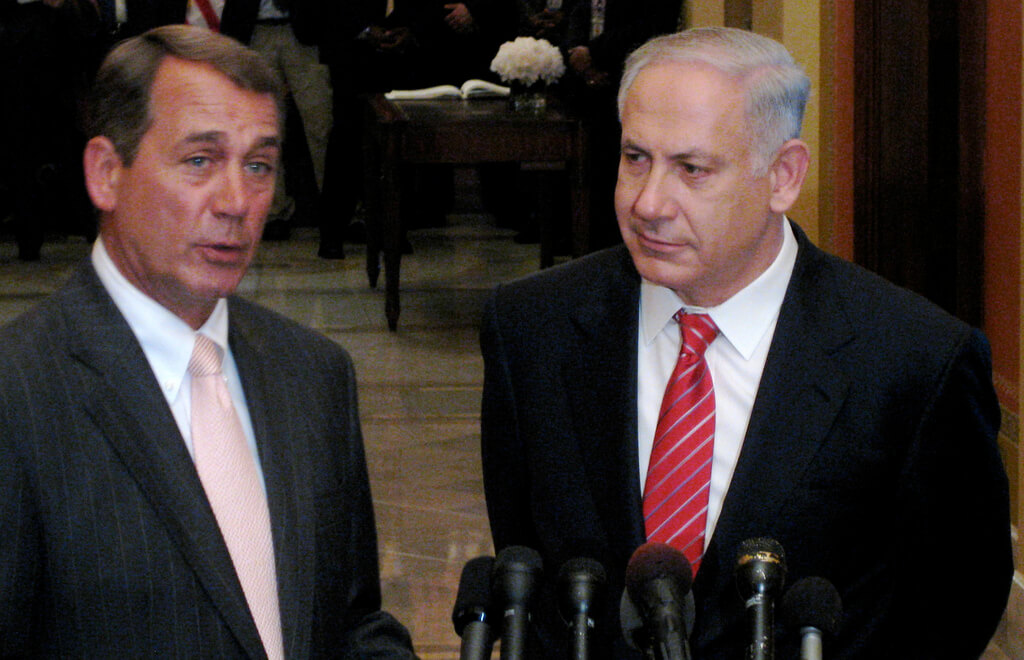 WASHINGTON— Despite Israeli Prime Minister Benjamin Netanyahu’s assurance that his Tuesday speech to a joint session of Congress is not intended “to show any disrespect” to President Barack Obama, a look back at the two leaders’ history shows relations have often been tense.

“The personal relationship between the two leaders has never been very friendly,” said Stephen M. Walt, a professor at Harvard University’s Kennedy School of Government. “There is a lot of contempt that is being expressed between the two.”

Ahead of his controversial address to Congress, Netanyahu spoke in Washington on Monday to the friendly American Israel Public Affairs Committee, a pro-Israel lobbying group.

Netanyahu said the prediction of a break between the U.S. and Israel are “not only premature, they’re just wrong.”

The administration was not informed of Netanyahu’s visit before House Speaker John Boehner invited the prime minister to speak. Obama will not meet with Netanyahu, citing a desire not to interfere in Israeli elections.

National Security Adviser Susan Rice said the visit is “destructive” to the peaceful relationship between the two nations.

Some lawmakers have decided to skip the event.

“While we can disagree with our president, we as a nation should be as one on our foreign policy and any disagreements should be presented in a respectful, appropriate and time-honored manner,” said Rep. Steve Cohen, D-Tenn., who is Jewish.

Cohen said the lack of coordination between the White House and Netanyahu is concerning and inappropriate.

Since the two leaders took office in early 2009, Netanyahu and Obama have publicly struggled to build rapport.

Obama called for the creation of an independent Palestinian state in his “new beginning” address during a visit to Cairo in June of 2009, which heightened tensions with Israel. The president said the U.S. “does not accept the legitimacy of continued Israeli settlements” on land occupied during the Six-Day War, which was claimed by Palestinians as their territory.

Obama has continued to works toward a “two-state” solution to the Israeli-Palestinian conflict.

Netanyahu quickly rejected American demands for a complete freeze on Israeli settlements in the West Bank in a nationally broadcasted speech 10 days after Obama’s remarks.

The then-rare public dispute between Israel and its most important ally heightened public attention to the relationship between the two leaders.

Two years later, Obama welcomed Netanyahu to the Oval Office. But after listening to the president’s speech, Netanyahu rejected Obama’s proposal to make the 1967 borders the starting line for a peace deal, saying it was not “based on reality, on unshakeable facts.”

At the time, the chief White House correspondent for the Washington Post, Scott Wilson, described the two as “allies only by tradition, and their relationship lacks personal warmth and is tested often by their differing political views.”

The relationship was again thrust into the spotlight during the “hot mic” incident at the G-20 summit in 2011, when Obama and former French President Nicolas Sarkozy exchanged disparaging remarks about the Israeli prime minister. According to a French interpreter, in response to Sarkozy’s comment “I cannot bear Netanyahu, he’s a liar”, Obama reportedly replied, “You’re fed up with him, but I have to deal with him even more often than you.”

The national director of the Anti-Defamation League, Abraham H. Foxman, said in a statement the “un-presidential exchange” disturbed the trust between Israel and U.S. at a critical moment.

Despite the heated debate on whether the connection between the two leaders would deteriorate after the visit, at least one observer said the personal relationship does not matter.

“They (the U.S. and Israel) have been proven over time, over six decades, that those (alliances) will remain intact and remain strong.” said Malcolm Hoenlein, CEO of Conference of Presidents of major American-Jewish organizations.

Even after Netanyahu speaks on Capitol Hill, despite he and Obama’s differences, there’s a need for the U.S to work cooperatively with Israel, Walt said.

“The two countries need each other and the differences in governments are inevitable,” Walt said. “No matter who the president is and who the prime minister is, the two nations will continue to work together moving forward.”