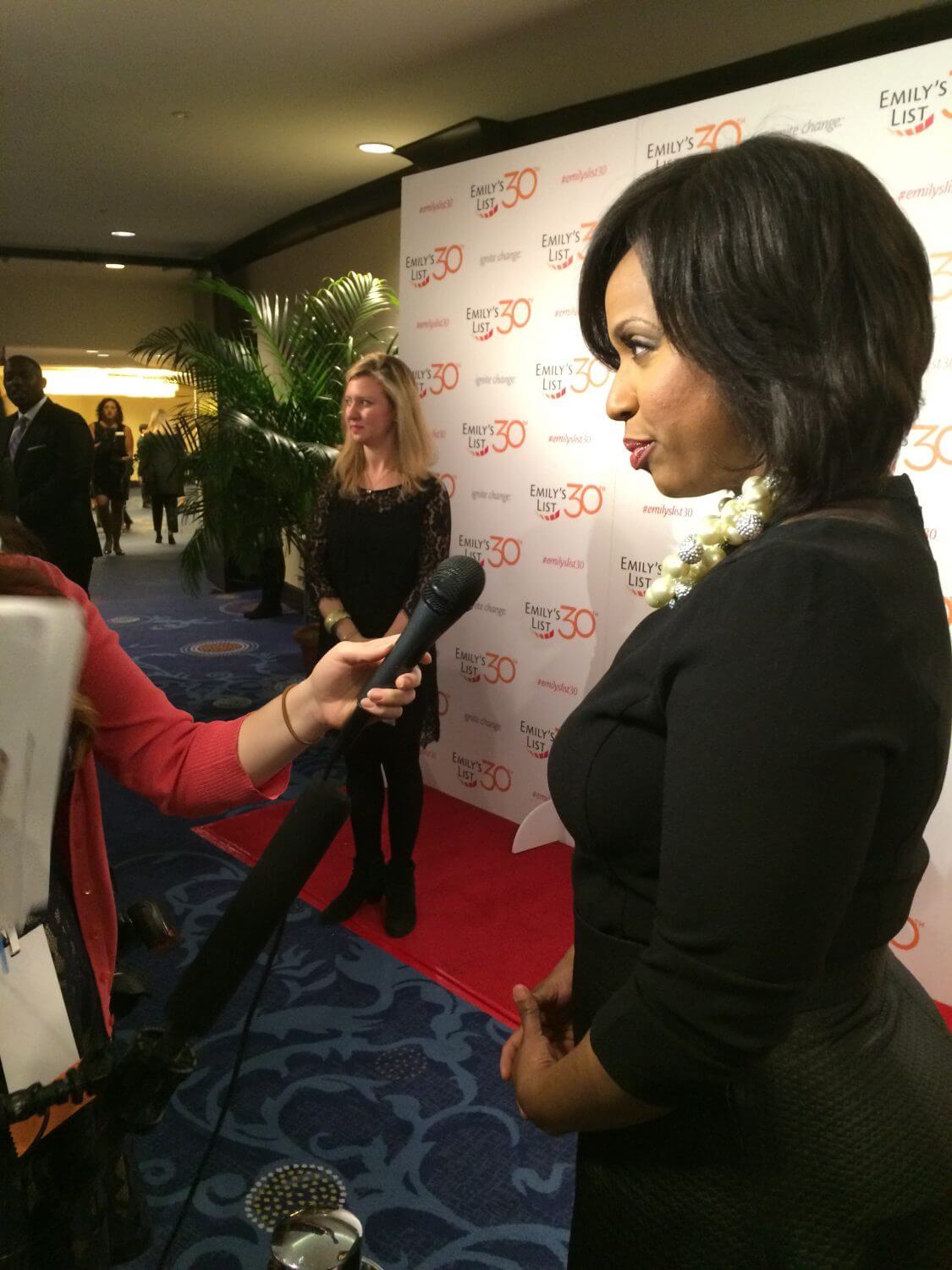 WASHINGTON—Some of the most powerful women in liberal politics gathered to celebrate the 30th anniversary of EMILY’s List this week, including a highly anticipated appearance by potential presidential candidate Hillary Clinton on Tuesday.

EMILY’s List, which works to get Democratic, pro-choice women elected to office, gave Clinton the We Are EMILY award for the political work she has done on behalf of women and families at a gala at the Washington Hilton.

“Don’t you want to someday want to see a woman president of the United States of America?” Clinton asked to during her speech, receiving cheers and some of the loudest applause of the evening.

Clinton’s question indulged many in the audience—which was primarily female and liberal—who wonder whether the former secretary of state will run for president again in 2016. Sen. Claire McCaskill, D-Mo., was among several women who referred to the night’s keynote speaker as “future president” Clinton.

What Clinton did not discuss was the recent news that she used a private e-mail address throughout her tenure as Ssecretary of state, a violation of government regulations. Instead, she focused remarks on policy changes that would benefit families, as well as EMILY’s List’s connection to the female politicians who pass such policies.

In her speech she recognized Rep. Nancy Pelosi, the top Democrat in the House of Representatives, and Democratic Sen. Barbara Mikulski, both of Maryland.

Mikulski was the first woman EMILY’s List helped elect in 1986.

The senator, who is the longest-serving woman in congressional history, this week announced her retirement. “We’re going to have a real moment around that,” EMILY’s List Executive Director Jess O’Connell said prior to the event.

“I’m not ready to write my last chapter,” Mikulski told the gala audience, adding that she wants to dedicate herself to getting more women elected in Washington.

Since its founding, EMILY’s List, whose name stands for “Early Money Is Like Yeast,” says it has helped elect 19 U.S. senators, more tha 100 U.S. congresswomen, 10 governors and hundreds of female officials on the state and local level.

One such local official is Ayanna Pressley, who was recently elected to the Boston city council, the first African American woman on the council.

“I care about EMILY’s List because they care about our cities and our states,” Pressley said. “But, I wish we did not need to have an organization that had to be intentionally focused in this way. Thirty years from now, I hope we don’t need an EMILY’s List.”