A handful of words leaves Obamacare’s survival at stake 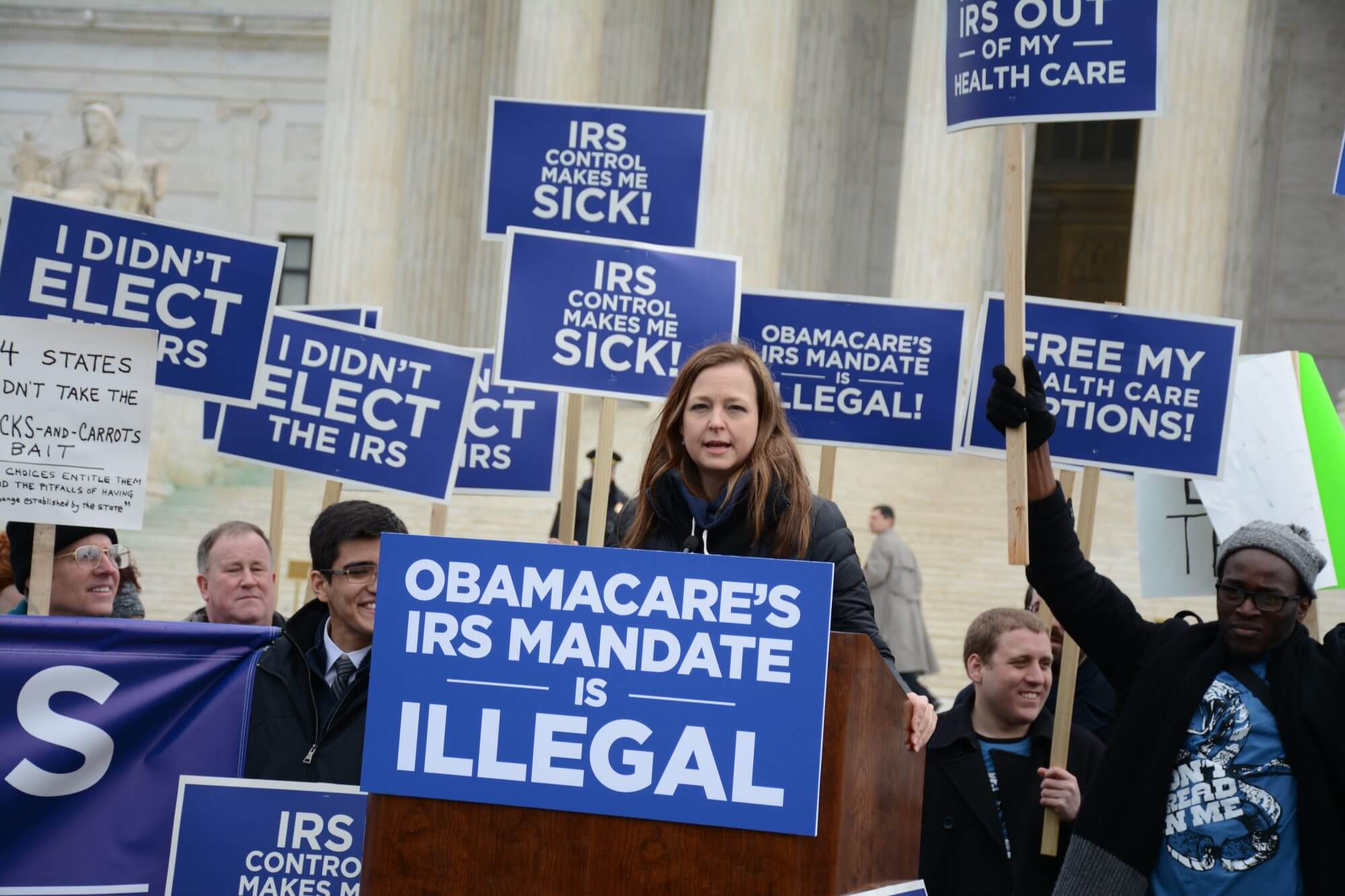 WASHINGTON—In a high-energy, quick-fire session of the Supreme Court, justices hearing a challenge to the nation’s health care law appeared more doubtful of the petitioners than of the U.S. government and Obamacare.

Not even a minute into oral arguments Wednesday, Justice Ruth Bader Ginsburg interrupted Michael Carvin, representing the petitioners in King v. Burwell.  And the questions didn’t stop there—Chief Justice John Roberts even granted Carvin extra time because of the back and forth.

The main dispute: whether or not the Affordable Care Act defines a federally established insurance exchange as equivalent to state-made exchanges. The distinction is important because it could jeopardize the federal tax credit low income Americans currently receive and subsequently leave millions without insurance. Those disadvantaged Americans would no longer be able to get an affordable coverage rate; premiums would rise.

The ACA says that states shall “establish an American Health Benefit Exchange.” A later section provides a back up plan; if the Health and Human Services secretary determines a state hasn’t established an exchange properly or has completely averted the implementation, the federal government “shall establish and operate such exchange within the state.” As of now, the majority of states—34—utilize this federal exchange.

Here is where the suit’s two parties disagree—those bringing suit see federal and state exchanges as separate; the federal government sees the two types as synonymous. Both the petitioners and U.S. government believe the law’s language is clear and that their respective interpretations of the language are correct.

Justices Elena Kagan and Sonya Sotomayor seemed especially insistent that the Affordable Care Act demanded common sense in its application; suggesting that the law has a broader meaning than the petitioners’ would like.

Kagan used an everyday example: office management. She spoke of her three clerks—she called them Will, Elizabeth and Amanda.

The scenario involves Will being tasked with writing a memo and Elizabethbeing told to edit that memo. But, said Kagan, if Amandainstead writes Will’s memo because Willis too busy, Elizabethis still expected to edit the first draft memo—regardless of its author.

“Congress was not agnostic,” Carvin contended, arguing the ACA’s language specifically delineates that only state-run exchanges come with the tax subsidies.

“You run a different shop than I do,” quipped Kagan, who drew laughter from the spectators—who included House Democratic Leader Nancy Pelosi and Sen. Orrin Hatch, R-Utah.

The side challenging the law argued that it cannot be assumed Obamacare equates “an Exchange established by the State” to one operated by the federal government.

Yet Justice Stephen Breyer pointed out that the statute’s wording might say otherwise. It reads, “establish and operate such Exchange within the State.” Harping on the words “such Exchange,” Breyer viewed state and federal exchanges as substitutes for each other.

Verrilli played up the fact that millions of Americans would lose affordable health care should the petitioners win this case. Scalia suggested that if the law is flawed, it should be fixed not appeased. Considering the current friction in Congress, this could be a challenge.

Roberts, who sided with the court’s liberals to uphold Obamacare in 2012, barely asked any questions. Justices Samuel Alito, Jr. and Anthony Kennedy did have some for Verrilli. But these justices also brought up constitutionality; even if the petitioners won, their approach to ACA implementation could unconstitutionally coerce states to provide an insurance exchange.

No matter how it’s sliced, the U.S. government faced fewer in-depth inquiries from the justices than those bringing suit.

These petitioners’ suit originated when they challenged the IRS tax rule. These Virginia residents—living in a state operating on the federal exchange—would have been exempt from Obamacare’s minimum coverage requirement had they not received a tax subsidy. They believe that the tax subsidy is unlawful and thus should not be enforced.

The solicitor general repeatedly held that the Affordable Care Act does in fact unambiguously consider federal exchanges to be equivalent to state-run ones. Verrilli further argued that precedent should uphold the government’s position. Known as Chevron Deference, this concept states that once language clarity is established, the government’s position—in this case the IRS’s interpretation of the tax section—will be the accepted interpretation.

Roberts said future administrations could alter thatinterpretation, but Verrilli suggested they would have trouble building a case to overturn the deference.

Protestors, many in favor of striking down the statute, chanted from the base of the Supreme Court’s steps after the conclusion of the oral arguments—which ran well past the allotted one hour. A decision is not expected until June as the court’s term winds down.