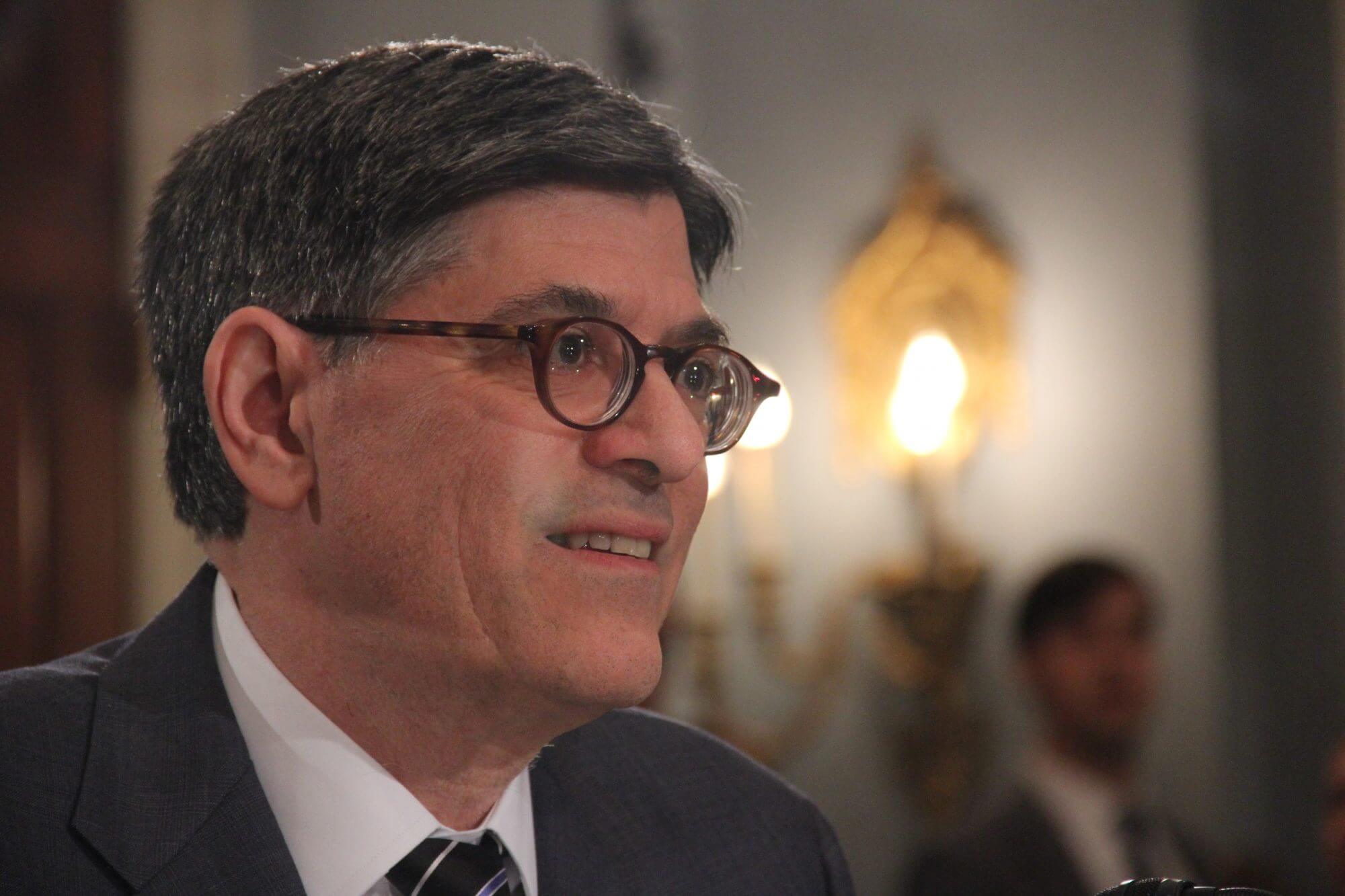 "While our economic recovery is well established, we have more work to do to make sure the gains are shared more broadly," said US Treasury Secretary Jacob Lew in defense of proposed tax hikes on the nation's wealthiest people and corporations. (Olivia Marcus/MNS)

“While our economic recovery is well established, we have more work to do to make sure the gains are shared more broadly,” said US Treasury Secretary Jacob Lew in defense of proposed tax hikes on the nation’s wealthiest people and corporations. (Olivia Marcus/MNS)

“It has been almost three years since the president laid out his framework for sweeping business tax reform,” Lew said. “Making sure the system works for everybody is as urgent today as it was then.”

Obama’s budget would increase the top capital gains tax rate to 28 percent, levy a new tax on profits held overseas by American corporations, increase financial fees on the nation’s biggest banks and close an existing loophole on inheritance taxes. All in all, the president proposed more than $2 trillion in new taxes over the next decade.

Republican Rep. Paul Ryan, the chairman of the tax-writing Ways and Means Committee, was highly critical of the administration’s plan and Lew’s testimony.

“The one positive thing I’d like to say is it’s a budget on time,” Ryan joked, saying he was “miffed” by the president’s proposals. “We are not going to raise taxes on the American people.”

The president is pushing to collect more revenue from the nation’s wealthiest people and corporations in order to provide middle-class tax relief and fund an ambitious $478 billion public works program.

“The truth is, we have provisions in our tax code that allow the nation’s most wealthy citizens to avoid paying taxes on the same basis that all of us pay taxes on,” Lew said, emphasizing that closing the tax loophole and increasing the capital gains rate would raise $210 billion in revenue over the next 10 years.

“I believe, as does the president, that there is plenty of opportunity for bipartisan cooperation and a number of areas where we can find common ground,” Lew said.

Unfortunately for the administration, tax reform is shaping up to be an area largely devoid of common ground.

In the coming weeks, lawmakers will continue to debate Obama’s proposals. One of the biggest features of his budget, a $478 billion public works program that would provide upgrades to the nation’s roads, bridges and transit systems, is expected to garner bipartisan support. But Ryan made it clear that congressional Republicans will take aim at the proposed tax hikes before the budget is passed.

“The kicker is, even with all these tax increases, you don’t even balance the budget, not even in 10 years, because you don’t get spending under control,” Ryan said.

Lew will again discuss the president’s budget on Thursday, when he is scheduled to testify before the Senate Finance Committee.