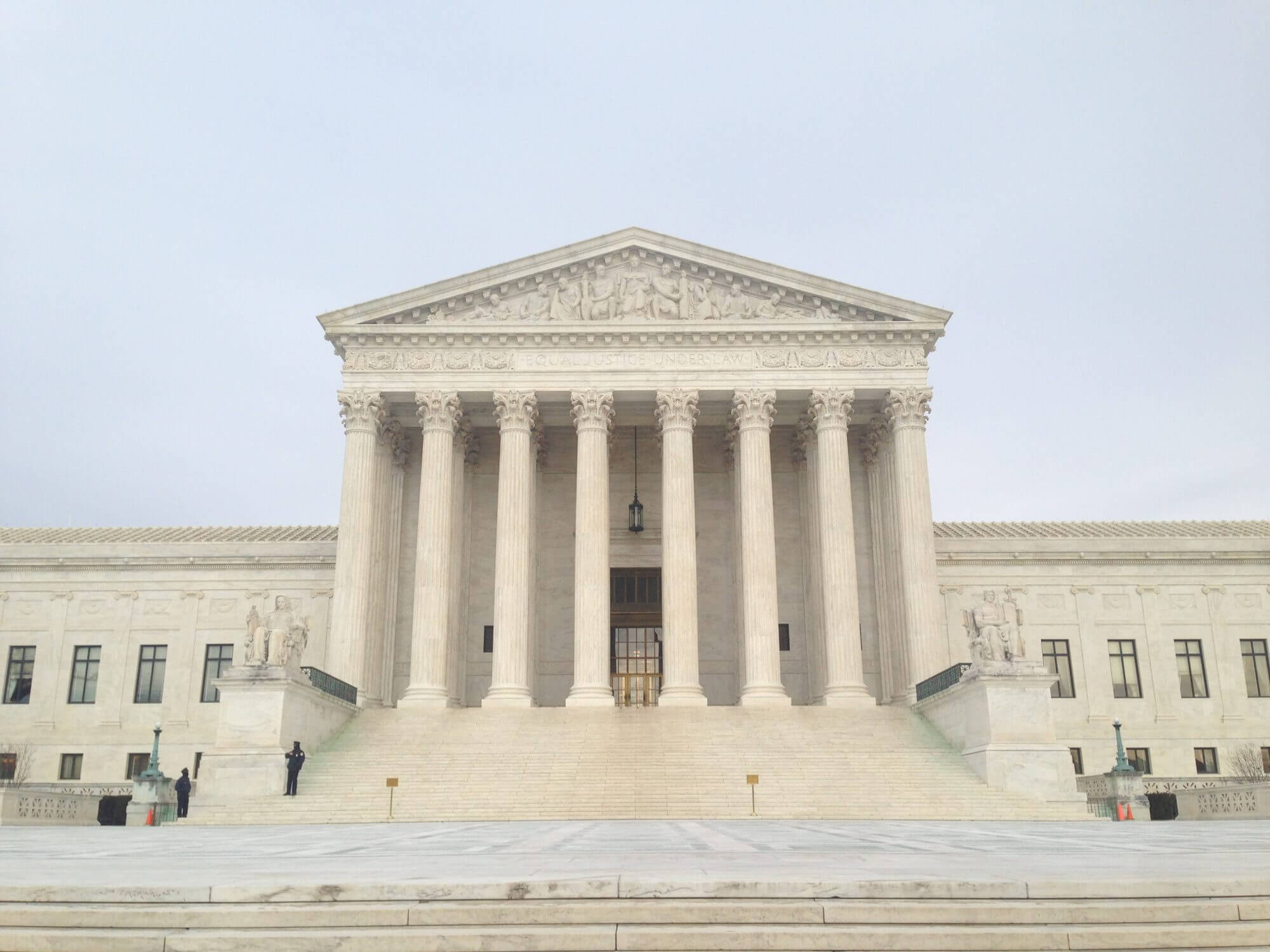 Supreme Court considered a case involving Abercrombie & Fitch, which was charged for religious discrimination by a Muslim woman wearing a headscarf. (Joshua Rosenblat/MNS)

WASHINGTON — Supreme Court justices strongly questioned Abercrombie & Fitch Wednesday over the company’s refusal to hire a Muslim woman because she wore a headscarf.

Claiming Abercrombie violated Title VII of the Civil Rights Act of 1964, the Equal Employment Opportunity Commission—EEOC—argued in court that the store failed to hire Elauf based on religious discrimination. Both liberal and conservative justices challenged the retail company.

“Refusal to accommodate to a religious practice is itself a violation of Title VII,” Justice Ruth Bader Ginsburg said.

The EEOC took up the case of Samantha Elauf, who applied for a position as a sales associate at Abercrombie Kids in Tulsa, Oklahoma when she was 17.

Elauf arrived at her interview adorned in a headscarf along with clothing that complied with Abercrombie’s “look policy,” which states employees must dress according to the store’s image, banning caps, certain hairstyles and black clothing. Heather Cooke, the assistant manager who conducted the interview, did not indicate to Elauf that her headscarf conflicted with the store’s policy.

Abercrombie, supported by the U.S. Chamber of Commerce, asserted interviewer Cooke didn’t realize Elauf wore a headscarf for religious reasons. The company noted that the EEOC warns employers against stereotyping or assuming an applicant’s religious beliefs.

Shay Dvoretzky, lawyer for Abercrombie, told the court that Elauf “had an opportunity” to ask questions about the “look policy” during her interview.

Justice Antonin Scalia defended Abercrombie’s “look policy,” stating that there was “nothing wrong with that rule.”

However, Ginsburg stressed that the employer didn’t notify Elauf that her headscarf ran afoul of the store’s policy. As a consequence, the job applicant didn’t realize she had a problem during her interview.

“How could she ask for something that she didn’t know exists?” Ginsburg said. She added that applicants were not required to comply with the “look policy” at the interview stage.

Ian Gershengorn, deputy solicitor general for the Justice Department, representing the EEOC, said that most applicants, unlike employees, are at a serious information disadvantage. He argued that there should have been dialogue between the employer and the applicant to prevent any confusion.

“No one ever told me that I could not wear a head scarf and sell clothing,” Elauf, who was present in the courtroom, said in a statement. “Then I learned I was not hired by Abercrombie because I wear a head scarf, which is a symbol of modesty in my Muslim faith. This was shocking to me.”

The Justice Department’s Gershengorn defended the EEOC’s rule, which states employers must “reasonably accommodate the religious practices of any employee or prospective employee…”

But who has the burden to raise an issue such as a religious accommodation: the employer or the applicant?

“For 40 years, the EEOC put the burden to initiate conversation on the employer,” Dvoretzky said.

Gershengorn said the decision by the Tenth Circuit Court of Appeals in Colorado to reverse the $20,000 award in damages to Elauf, was incorrect.

“I am not only standing up for myself, but for all people who wish to adhere to their faith while at work,” Elauf said in her statement. “Observance of my faith should not prevent me from getting a job.”

Abercrombie previously settled headscarf-related cases in 2013, granting $71,000 in compensation to two Muslim women who charged the company with religious discrimination.

The final ruling in the case could have a significant impact on business hiring practices as well as on religious and minority rights in the workplace.