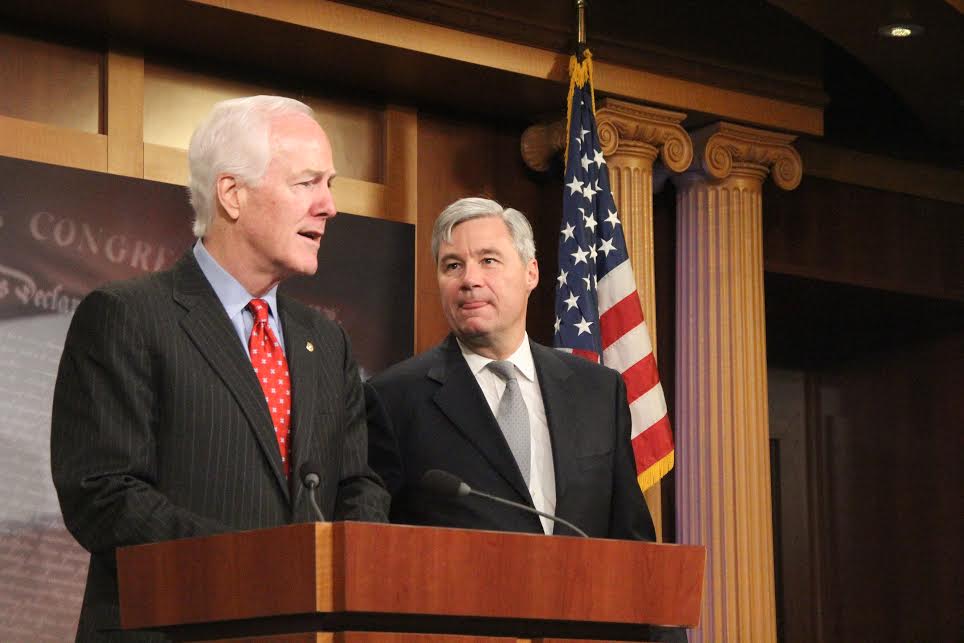 WASHINGTON — A bill to reduce federal prison spending and overcrowding includes a plan to require low-risk prisoners to participate in programs aimed at reducing recidivism, patterned after Texas and Rhode Island models, two senators said in introducing the bill Tuesday.

The Senate Judiciary Committee approved an identical measure in the last Congress, but it did not get final approval by the full Senate.

“We can improve our criminal justice system, save money and make our communities safer at the same time,” Cornyn said. “I am hopeful Congress will follow [Texas’] lead in this important area.”

Prison construction plans in Texas were scrapped to fund recidivism reduction programs, such as drug rehabilitation, education and jobs training. Cornyn cited the 9.4 percent decline in overall incarceration rates in Texas between 2007 and 2012 as an example that the approach works. He estimates the programs saved $2 billion in incarceration or construction costs.

The legislation would allow certain categories of prisoners to earn time credits by undergoing programs that would allow early release. But other categories are not eligible for the program, including terrorists and violent or major organized crime offenders.

“Our colleagues want to have some practical experience with the prison system and see that this works before it’s applied to folks whose offenses are more heinous,” Whitehouse said.

Both senators view combatting recidivism as the “best place to start” in making improvements to the justice system. According to Whitehouse, Senate Judiciary Committee Chairman Chuck Grassley, R-Iowa, has voiced support of the bill.

“We can’t simply incarcerate our way to public safety,” Whitehouse said. “The vast majority of inmates in our prisons will be getting out at some point. We are all better off if they get out having taken steps to address their risk of committing more crimes.”