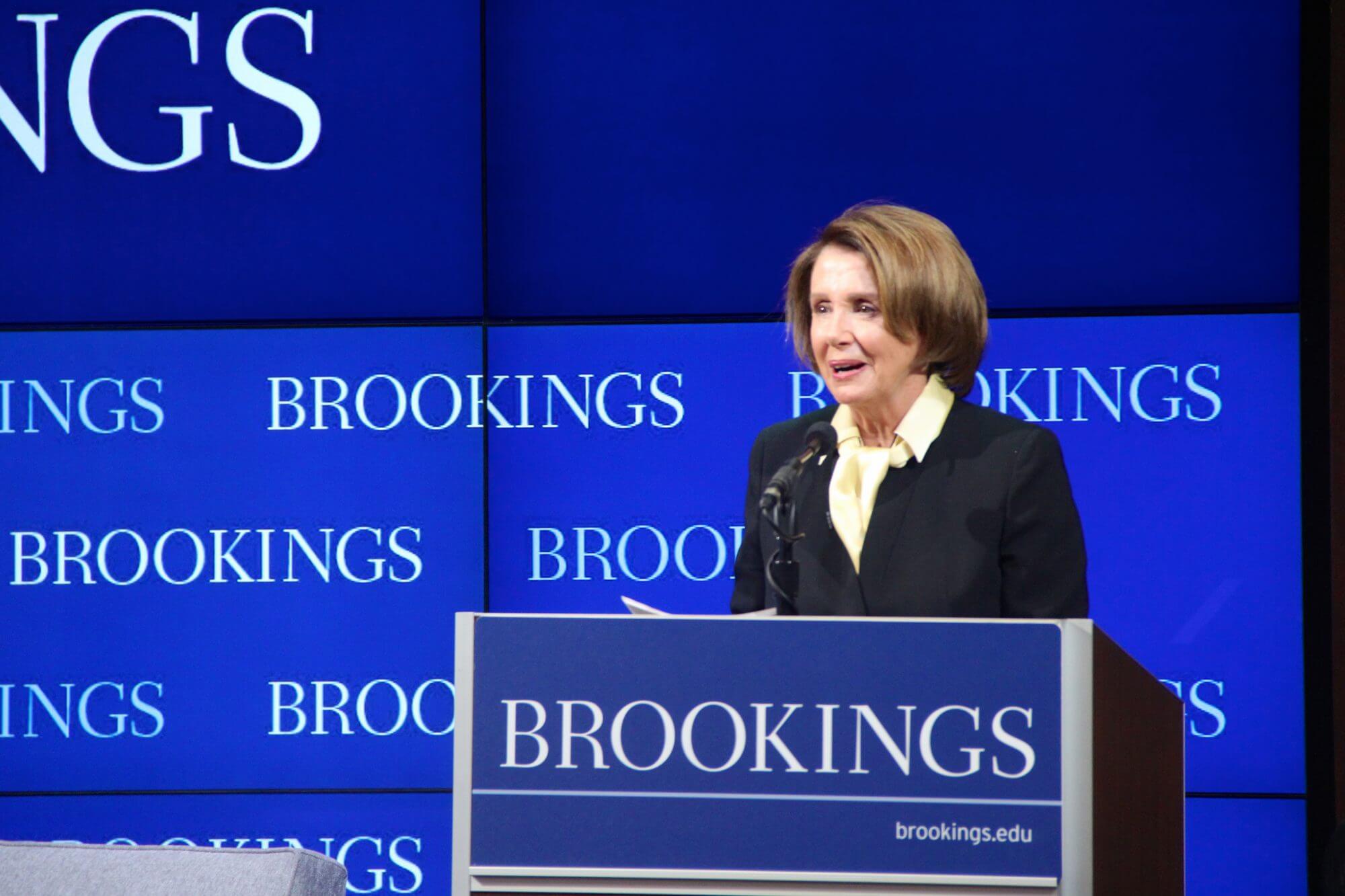 Pelosi said the budget should reflect American values and that Congress should make ambitious goals reflecting where the country needs the most work.

Congress and Obama need to work together on research and innovation, Pelosi said. Innovation and technology such as broadband will help facilitate closing educational and opportunity gaps, she said.

“We must act to close the opportunity gap in education because we cannot afford to leave anyone behind, and by the way nothing returns more money to the treasury than investments in education,” she said.

According to the American Society of Civil Engineers, America’s infrastructure scored a D-plus in 2013. The ASCE estimated the U.S. needed $3.6 trillion in infrastructure investments by 2020.

Pelosi said infrastructure should be an issue of common ground for Republicans and Democrats.

The U.S. needs tax reform that ensures all Americans pay their “fair share” and drives economic growth for everyone, Pelosi said, echoing Obama’s call in recent weeks to close some tax loopholes.

“The success of the middle class is the most important engine of economic growth and meaningful deficit reduction,” she said.

For the economy to fully recover, the middle class needs greater attention in the form of increased income, she said.

Obama’s $4 trillion budget proposal for fiscal year 2016 was sent to Congress on Monday. The budget plan reflects his campaign to focus on “middle class economics”, an economy driven by the success or failure of the middle class.