State of the Union: Obama to push “use of force” resolution against ISIS 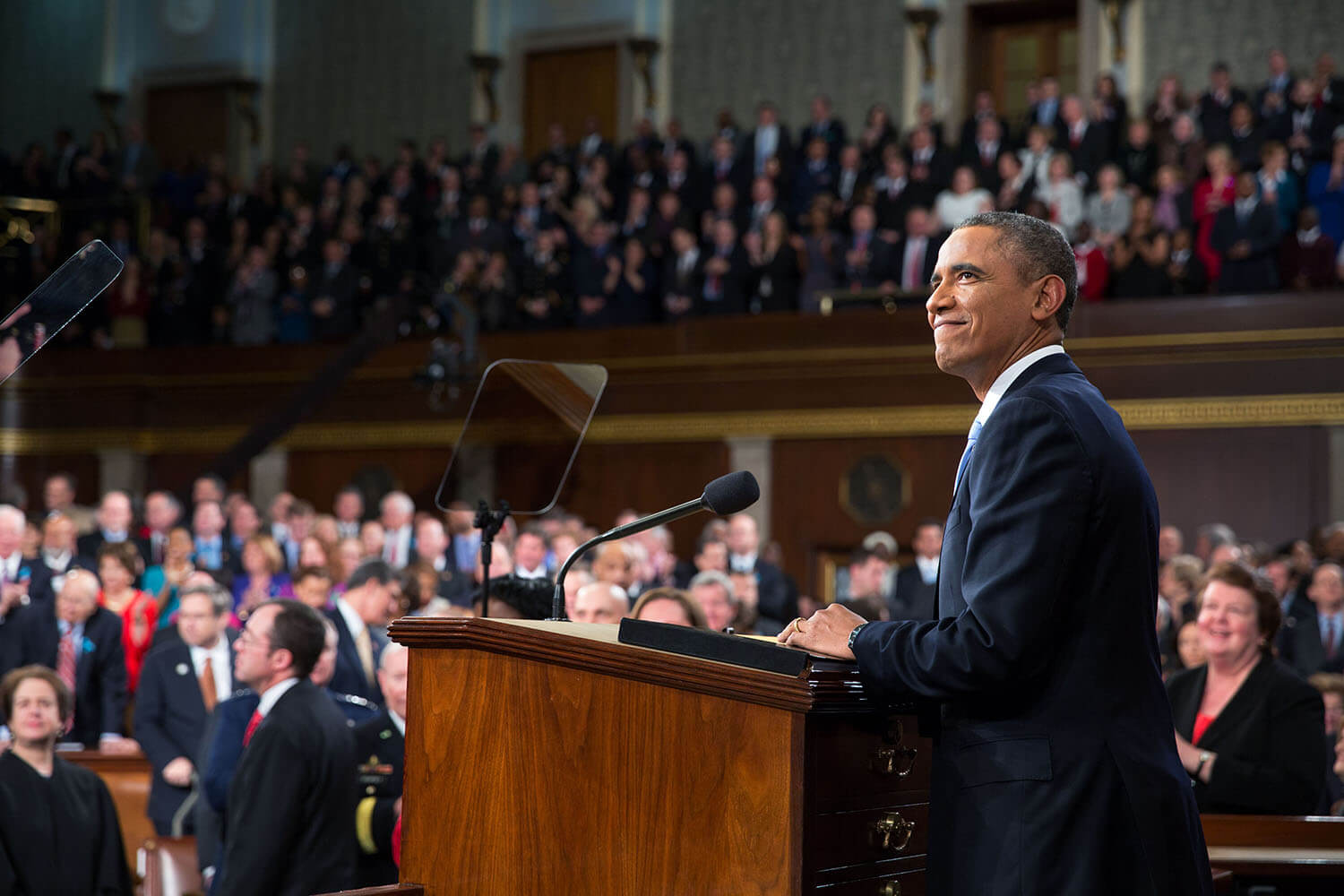 President Barack Obama will highlight the improving economy and low unemployment rate in his State of the Union address Tuesday.

WASHINGTON – President Barack Obama will ask the Republican-controlled Congress to authorize the use of force against the Islamic State in his State of the Union address Tuesday night, but will also focus on his domestic agenda – bolstering the middle class through tax breaks and improved educational opportunities.

According to speech excerpts released by the White House, Obama will highlight how the U.S. is leading a broad coalition, including Arab countries, to fight against ISIS instead of engaging in a ground war.

“We’re also supporting a moderate opposition in Syria that can help us in this effort, and assisting people everywhere who stand up to the bankrupt ideology of violent extremism,” Obama will say as he asks for congressional approval of the use of force against ISIS.

The president is also expected to address the recent terrorist attacks in Paris.

Obama, who has unveiled a series of proposals ahead of his Tuesday address, will call on Congress to pass a new revenue package raising taxes on the wealthy by closing a trust fund loophole and raising the rate on capital gains and dividends from 25 percent to 28 percent. The package will also include new fees for the nation’s largest banks in an effort to discourage them from excessive borrowing.

The revenue from the proposal will go toward tax breaks for the middle class, specifically for child care and education, and Obama’s plan to provide two years of community college for qualified students.

“So the verdict is clear. Middle-class economics works. Expanding opportunity works,” Obama plans to say according to excerpts released by the White House. “And these policies will continue to work, as long as politics don’t get in the way.”

His plans to raise taxes will likely face opposition from the Republican-controlled Congress.

Highlighting his administration’s efforts to boost wages and mobility, Obama will also address job growth and the improvement of the American manufacturing, auto industries and the housing market. In an effort to encourage more homeownership, Obama announced he will issue an executive action ordering the Federal Housing Administration to reduce mortgage insurance premiums.

The president will also push for states to create new paid family and medical leave programs.

Obama also will discuss plans to revamp America’s cybersecurity and improve customer and student privacy. Last week, Obama proposed a series of legislation aimed at creating a national standard for notifying consumers of data breaches, increasing partnerships between the public and private sector for sharing cybersecurity information and removing barriers for local governments to develop their own broadband networks.

“If we don’t act, we’ll leave our nation and our economy vulnerable,” the president will tell Congress. “If we do, we can continue to protect the technologies that have unleashed untold opportunities for people around the globe.”

The president also is likely to discuss his executive action easing travel and trade restrictions on Cuba. On Monday, the White House announced Alan Gross, a government contractor who was recently released after spending nearly five years in a Cuban jail, will be among those seated with first lady Michelle Obama during the speech.

Other topics the president is likely to address are his new cap on methane gas emissions, the Affordable Care Act and his executive action on immigration, which has met strong opposition from the GOP.

The address is scheduled for 9 p.m. EDT. Sen. Joni Ernst, R-Iowa, will give the Republican response.