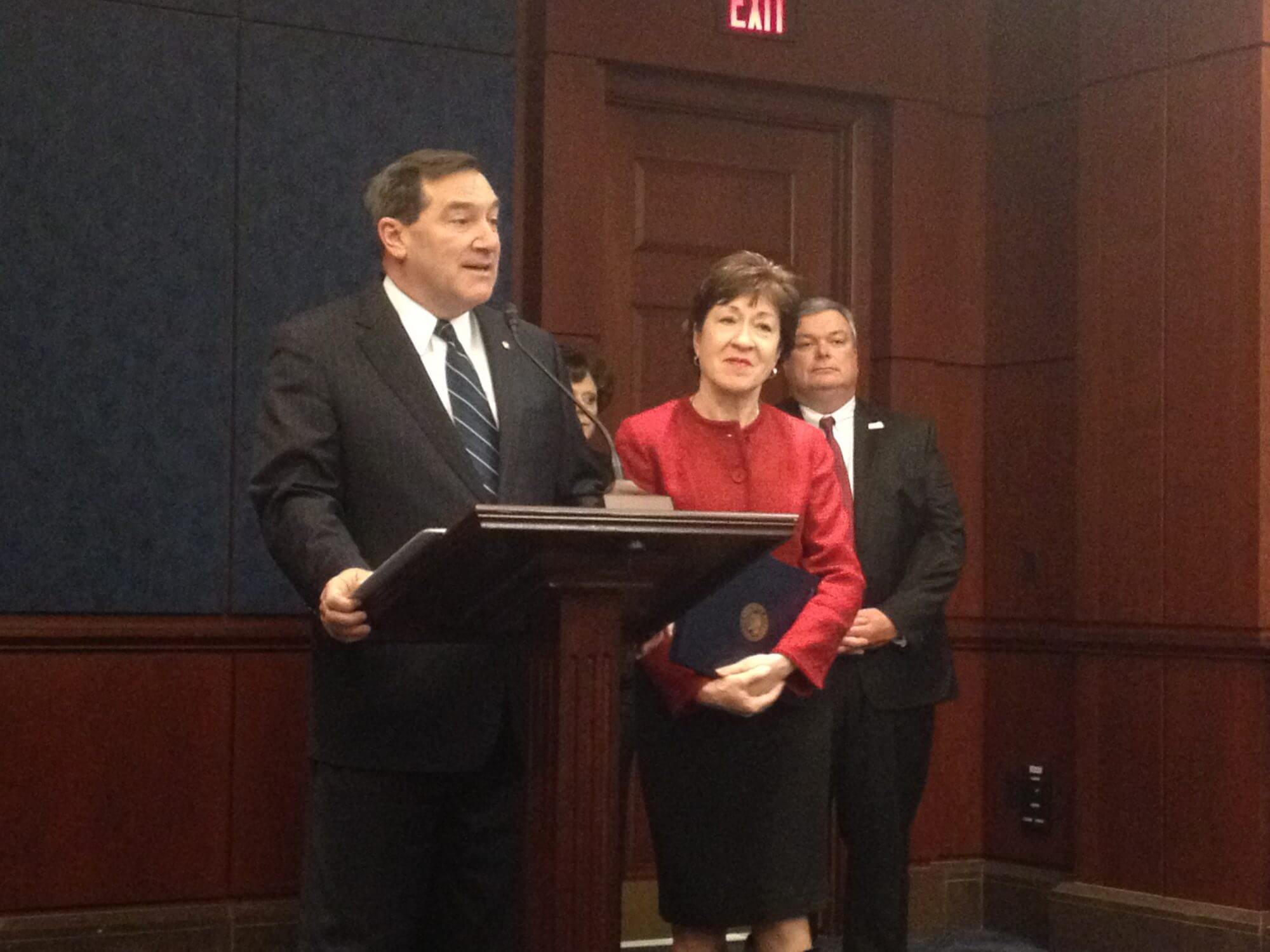 WASHINGTON — The Affordable Care Act is once again facing skepticism from senators who disagree with the law’s definition of a full-time employee, in spite of opponents’ belief in its potential harm to workers.

Sen. Susan Collins, R-Maine, and Sen. Joe Donnelly, D-Ind., are reintroducing legislation to change the definition of a full-time employee from those who work 30 hours per week to 40 hours per week.

The Forty Hours is Full Time Act would change a provision within the Affordable Care Act that both senators claim disservice workers and employers. Collins and Donnelly are looking to change this, even after the White House announced that President Obama would likely veto such legislation.

During a news conference Wednesday, Collins and Donnelly focused on the impact they say the legislation could have on workers. Both addressed the importance of ensuring that working Americans have more money in their pockets.

Under the current law, businesses with more than 50 full-time employees are required by the Affordable Care Act to provide healthcare to full-time workers. Employers who opt out of providing the entitled healthcare face as much as a $3,000 penalty. The provision has not yet taken effect.

Both senators said a number of people were dealing with less working time as a result of employers deciding to cut hours based on the full-time worker definition.

Jack Crawford, chairman of the board of the National Restaurant Association, said at the news conference the current law inhibits the flexibility of workers to create schedules suitable to their individual needs.

“A 30-hour week just doesn’t work for restaurants, doesn’t work for our employees or hundreds of thousands of businesses that are forced to make hard decisions to comply with this healthcare law,” Crawford said.

House Reps. Todd Young, R-Ind.,and Dan Lipinski, D-Ill., proposed Tuesday a similar bill, which also changes the definition of a full-time employee from an individual who averages 30 hours each week to those who average 40 hours each week.

Nevertheless, some still disagree with the 40-hour change’s impact citing it will not benefit workers as supporters claim it will.

“If you move the requirement from 30 to 40, essentially, what you are doing is creating an incentive for more people to be shifted to part-time work,” Rep. Sander Levin, D-Mich., said during a House Committee on Rules meeting on Wednesday.

White House press secretary Josh Earnest also said during a press briefing Tuesday, the 40-hour change would not help workers. Earnest went on to say that the change would prompt even more employers to get out of providing health care by cutting work hours.

“It is the view of this administration that this would actually… that this proposed change would actually do a lot of harm not just to the Affordable Care Act but also to a substantial number of workers across the country,” Earnest said.

Despite a veto threat from the White House, both senators are moving ahead with their legislation.

“My hope is that the president will reconsider his veto threat,” Collins said.