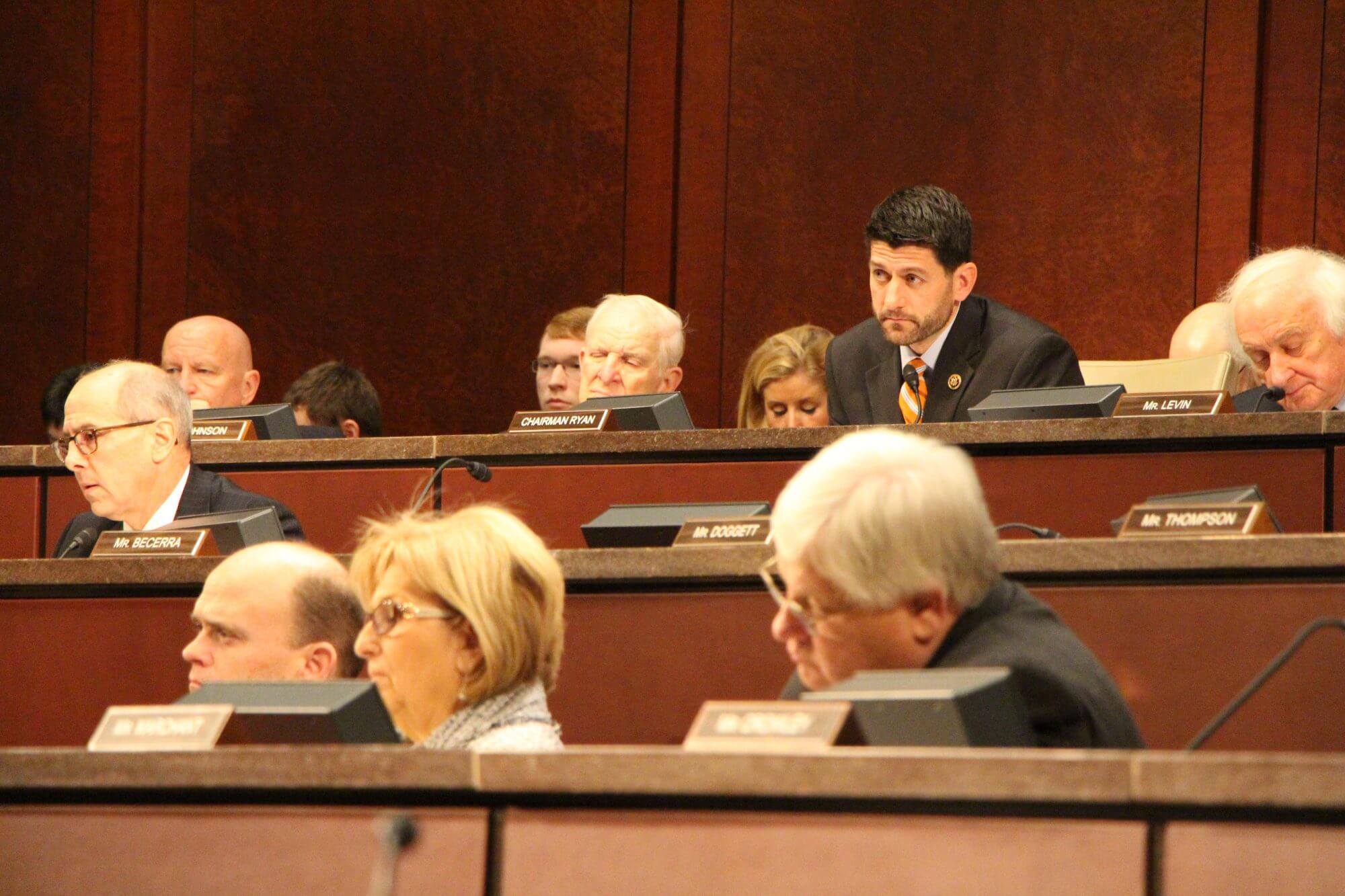 Rep. Paul Ryan, R-Wis., held his first hearing as chairman of the Ways and Means Committee on Tuesday. (Olivia Marcus/MNS)

Rep. Paul Ryan, R-Wis., held his first hearing as chairman of the Ways and Means Committee on Tuesday. (Olivia Marcus/MNS)

WASHINGTON – Republican leaders are driving a new comprehensive tax plan, and Paul Ryan is at the wheel.

After telling reporters Monday he will forgo a 2016 presidential bid to focus on policy work, Rep. Paul Ryan, R-Wis., previewed his agenda Tuesday at his first Ways and Means Committee hearing as chairman.

“It is very clear that our tax code is broken, with the highest corporate tax rate in the industrialized world,” Ryan said. “We need to make the tax code simpler, fairer and flatter.”

Ryan focused on multiple policy changes, including cutting the corporate tax rate and passing trade promotion authority. He also called for the repeal and replacement of the Affordable Care Act, also referred to as Obamacare, admitting that such a move may not be possible until a new president is in office.

“If we’re going to move ahead, I think it’s important for us to not misdescribe the past,” Levin said, noting recent economic improvements.

Levin said the committee should “look at” the corporate tax, but was hesitant to any major changes.

“We need to look at the effective tax rate because it varies dramatically according to sectors,” Levin said. “In some sectors they’re paying full to mid 30 [percent], but in other sectors it’s much lower.”

“I think it’s the nature of the cuts that will matter,” Williams said. “The president has already said he would like the top corporate tax rate to come down… but if Republicans are going to do something, they are going to have to do something that’s at least deficit neutral.”