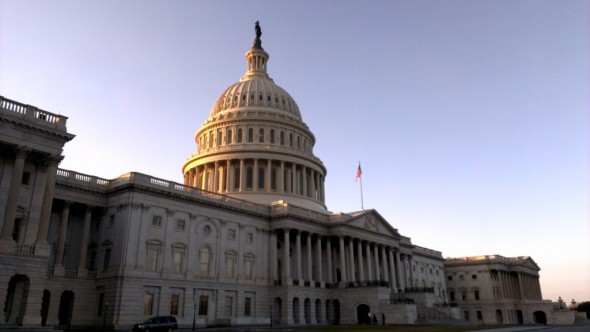 WASHINGTON – The Senate debated a bill authorizing the Keystone XL pipeline most of the day Tuesday, delaying a final vote to allow time for possible amendments. Yet, the prolonged discussion came in the face of a looming promise of a veto from the White House.

Passage of the bill without any amendments would send it directly to the desk of President Barack Obama who has said he will veto it. Republican leaders said they are hopeful that the bill’s bipartisan sheen will help it clear the Senate. It has already passed the U.S. House in the current form.

If built, the Keystone XL oil pipeline will transport oil from Alberta, Canada to Nebraska. In fact, an expansion from Oklahoma to the Gulf Coast was approved last January, and a pipeline that connects Alberta, Canada to Cushing, Oklahoma already exists. The part of the pipeline that is under scrutiny is a development that will transport oil from Canada to Steele City, Nebraska. This expansion into Nebraska would place the pipeline over an important water source that is used both for drinking and farming.

The passage of the bill is said to signal a sign of strength for the Republican-controlled Senate.

“Our job is to show the American people that House and Senate Republicans can work together for good of the country,” said Senator John McCain, R-Ariz.

If it they are successful, supporters of the project say it will add jobs, help eliminate energy dependency and improve the economy without harming the environment. The opposition is concerned about negative environmental effects of oil and questions the validity of the process the pipeline has gone through.

Obama announced he will veto the bill because he does not believe Congress should bypass the State Department’s evaluation concerning whether the pipeline is in the nation’s interest.

A controversial amendment that will likely be proposed by Sen. Bernie Sanders, I-Vt., will force senators to publicly agree or disagree on whether climate change is under way and whether it is caused by human activities.

“The American people need to know whether Congress is listening to the overwhelming majority of scientists when it comes to climate change,” Sanders said in a news release.

In response to the Sanders, Sen. John Hoeven, R-N. Dak., said, “We are going through climate change, we have throughout history and the way we should address it is investing in technology not holding up investments in infrastructure and technology.”