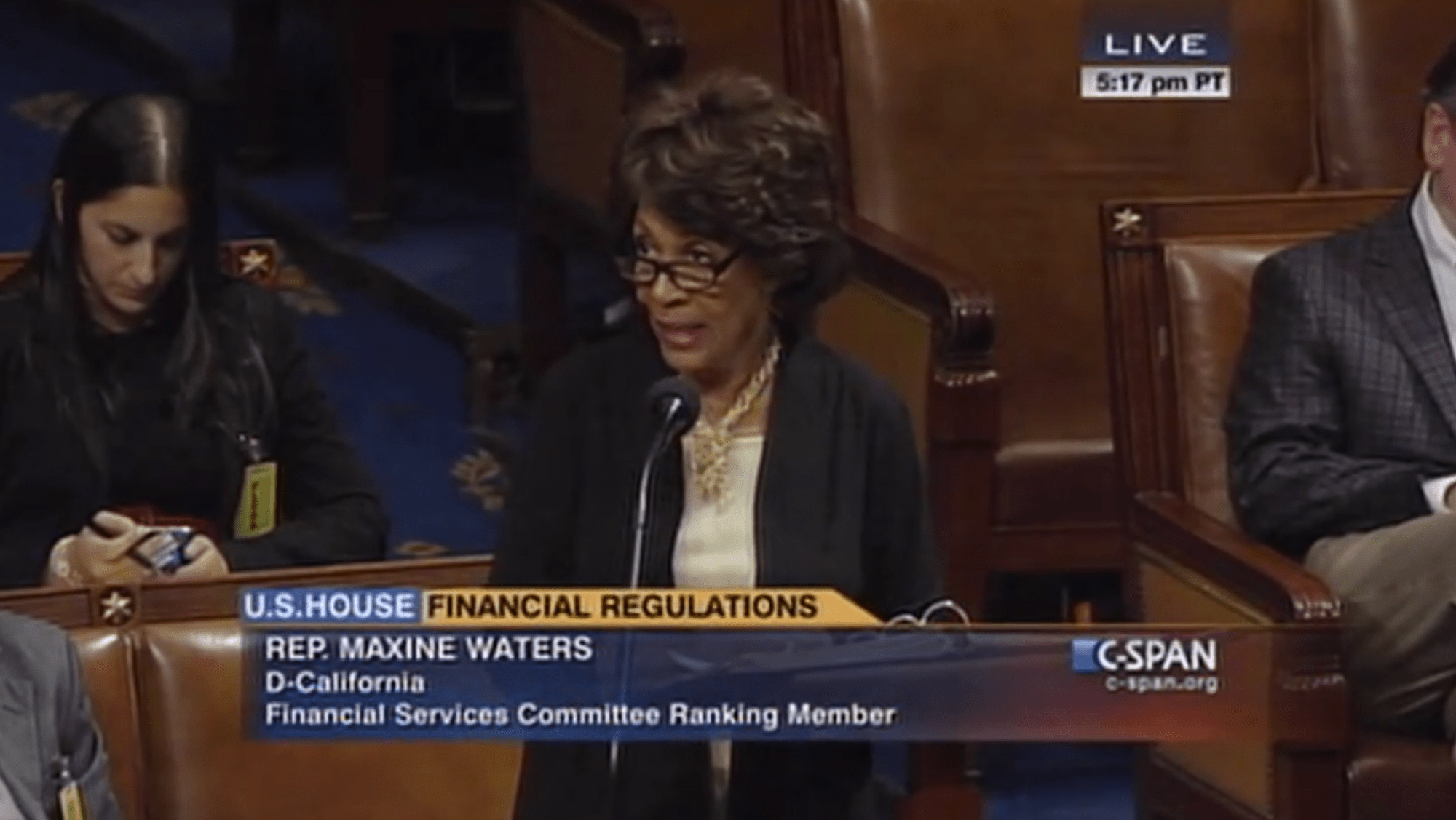 By Nancy Wang and Olivia Marcus

WASHINGTON — For the first time since the financial crisis of 2008, the GOP—finally in control of both houses of Congress—is poised to make serious headway with legislation aiming to deregulate Wall Street.

Despite strong opposition from House Democrats and a veto threat from the White House, the Republican-controlled House passed a bill Wednesday that targets key parts of the 2010 Dodd-Frank Act.

“The regulators are going far beyond where an overkill law already went,” said Thomas Donohue, president and CEO of the U.S. Chamber of Commerce, referring to Dodd-Frank at a news conference following his State of American Business 2015 address Wednesday morning. “It was written in anger and it was written in a hurry and if you don’t think we’re going to need technical corrections, or discussion and explanation, then we’re never going to get anywhere.”

One part of Dodd-Frank the bill would change is the prominent Volcker Rule, which requires that commercial banks stop trading high-risk loans, called collateralized loan obligations, that helped aggravate the financial crisis. The bill would delay the rule until 2019, giving big banks such as JPMorgan, Chase and Wells Fargo, which together have more than $50 billion in these fund holdings, an extra two years to comply.

“It was an important and necessary reform to tell banks that they cannot go on using insured deposits and publicly guaranteed subsidies to gamble for their own profit,” said Jim Lardner, Communications Director at Americans for Financial Reform, a nonpartisan, nonprofit coalition that favors tighter reform of Wall Street.

“They have already won significant delay with this requirement,” Lardner said, referring to the Federal Reserve’s decision in December to extend the Volcker Rule deadline from this year to 2017. “They gained even more delays today, and at a certain point, the rule becomes meaningless.”

The bill would also weaken transparency standards established after the financial crisis, forcing the Securities and Exchange Commission to stop collecting electronic financial data from public companies below $250 million in revenue—more than half of all public companies. Instead, only paper documents, which are not electronically searchable, would be collected.

“In theory, if we have searchable data of a company’s financial statements, then that’s good for everybody. It means investors can make better decisions, and it means the SEC can use data analytics to find the next Enron,” said Hudson Hollister, executive director of the Data Transparency Coalition, a nonprofit public advocacy group.

“Supporters of this bill basically say, ‘OK, game over, the SEC has not made this data useful,’” Hollister said, referring to an onslaught of technical errors—including swapped plus and minus signs and misplaced decimals—that has plagued the electronic records. “We think the right response is to make the SEC fix the data, not get rid of the data with this bill.”

In addition to delaying the Volcker Rule and modifying transparency rules, the bill would also make it easier for private equity firms to act as brokers without registering with the SEC and decrease oversight on derivative trading.

The provisions set by Dodd-Frank are “an expensive, onerous regime,” said

“For us what this bill would do is save small business investment companies $300,000 to $500,000 a year in compliance costs,” Palmer said. “Instead of using that money to pay compliance people, they could pay people to grow new businesses.”

House Republicans brought the bill, a conglomeration of 11 separate pieces of legislation, up for a fast-tracked vote under suspension of the rules last week, but it was shot down by Democrats on procedural grounds.

On Wednesday, the bill passed by a party-line vote of 271-154. Only one Republican voted against it, and just 29 Democrats voted for it.

The White House has threatened to veto the bill, writing in a statement Monday that the bill “unnecessarily puts… working and middle-class families at risk while benefitting Wall Street and other narrow special interests.”

“There are lots of pieces of this bill that are popular, or that already on their own earned approval by the whole House,” Hollister said. “We are hoping that when the Senate takes it up, they will separately consider all the pieces of this bill and give us a chance to at least make our case that the SEC should still collect open data from every public company.”