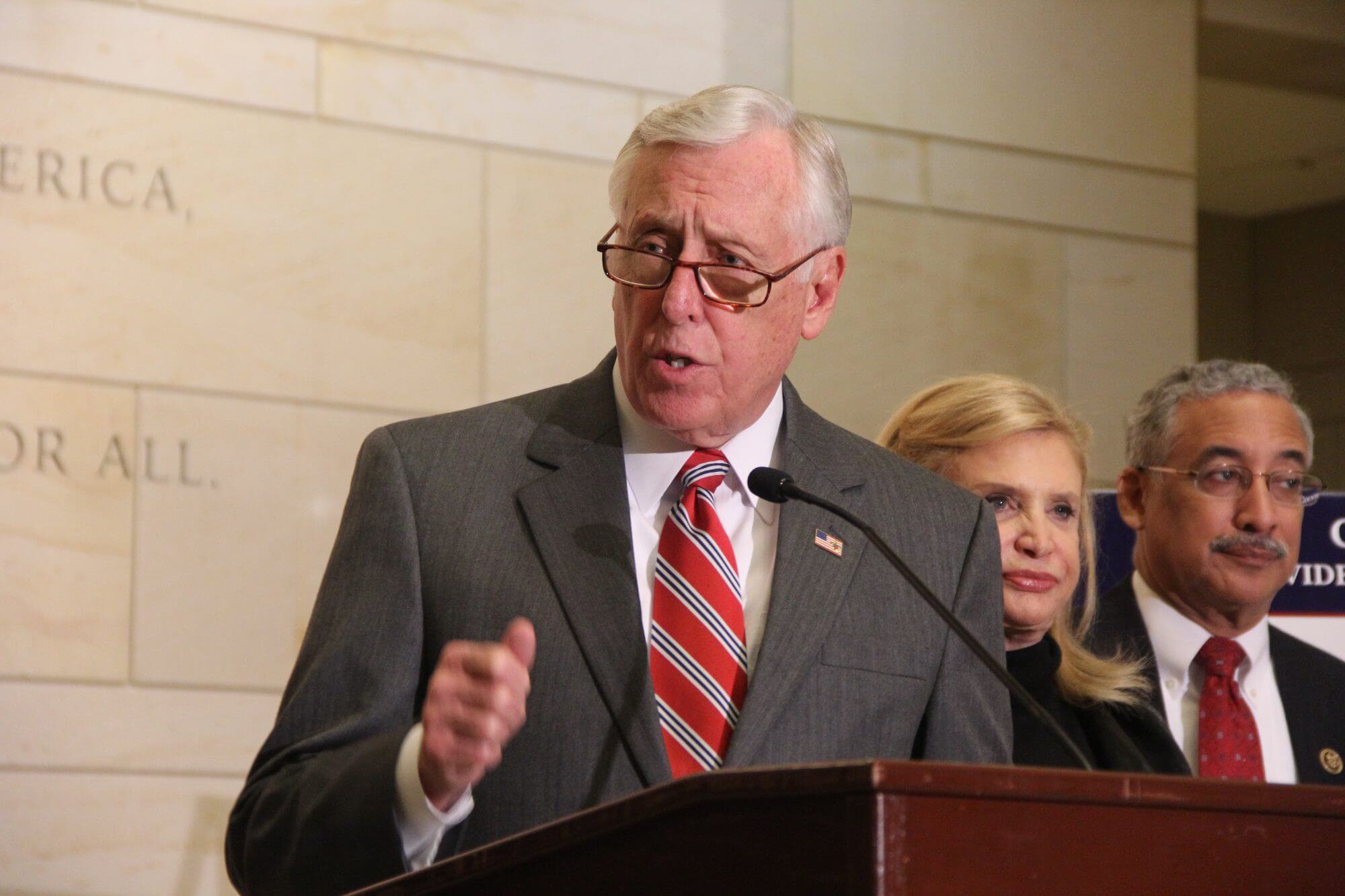 WASHINGTON – Top House Democrats Monday renewed their fight to guarantee at least six paid weeks of parental leave to federal employees for the birth or adoption of a child.

“If we don’t want to give federal employees six little weeks of parental leave at least give those six weeks to their newborn infants,” said Del. Eleanor Holmes Norton, D-D.C.

Minority Whip Steny Hoyer and other Democrats reintroduced the Federal Employees Paid Parental Leave Act, which died in the last Congress. President Barack Obama called for paid maternity and sick leave during his 2015 State of the Union address last week.

Rep. Carolyn Maloney, D-N.Y., pointed to a map showing that the United States and Papua New Guinea are the only two countries that do not provide paid leave for new mothers, according to a 2014 United Nations report. Mahoney said she believes the bill could receive bipartisan support.

“It’s inconvenient but on the other hand we know we’re getting our valued employee back and they’re going to be happy and…very productive,” Maloney said.

After the news conference, Maloney said she didn’t know whether businesses would respond favorably to this proposal, but this kind of leave is something a number of private companies have already integrated.

The powerful business-lobbying group the U.S. Chamber of Commerce has said any mandate beyond the federal workforce might prove onerous to small employers.

“Employers recognize the desirability of paid leave and many of them currently provide it when it is feasible and consistent with their resources. Saddling America’s smallest employers with a new inflexible mandate, enforced by private lawsuits and the Department of Labor, at a time when they are already struggling with the intricacies of Obamacare is the wrong approach,” Randy Johnson, a senior vice president at the Chamber, said last week.

Jack Mozloom, spokesman at the National Federation of Independent Business, also said paid leave — beyond federal employees — ought to be at the discretion of business owners because they are in the best position to assess the financial consequences.

The United States already guarantees 12 weeks of unpaid leave for federal employees under the Family and Medical Leave Act.