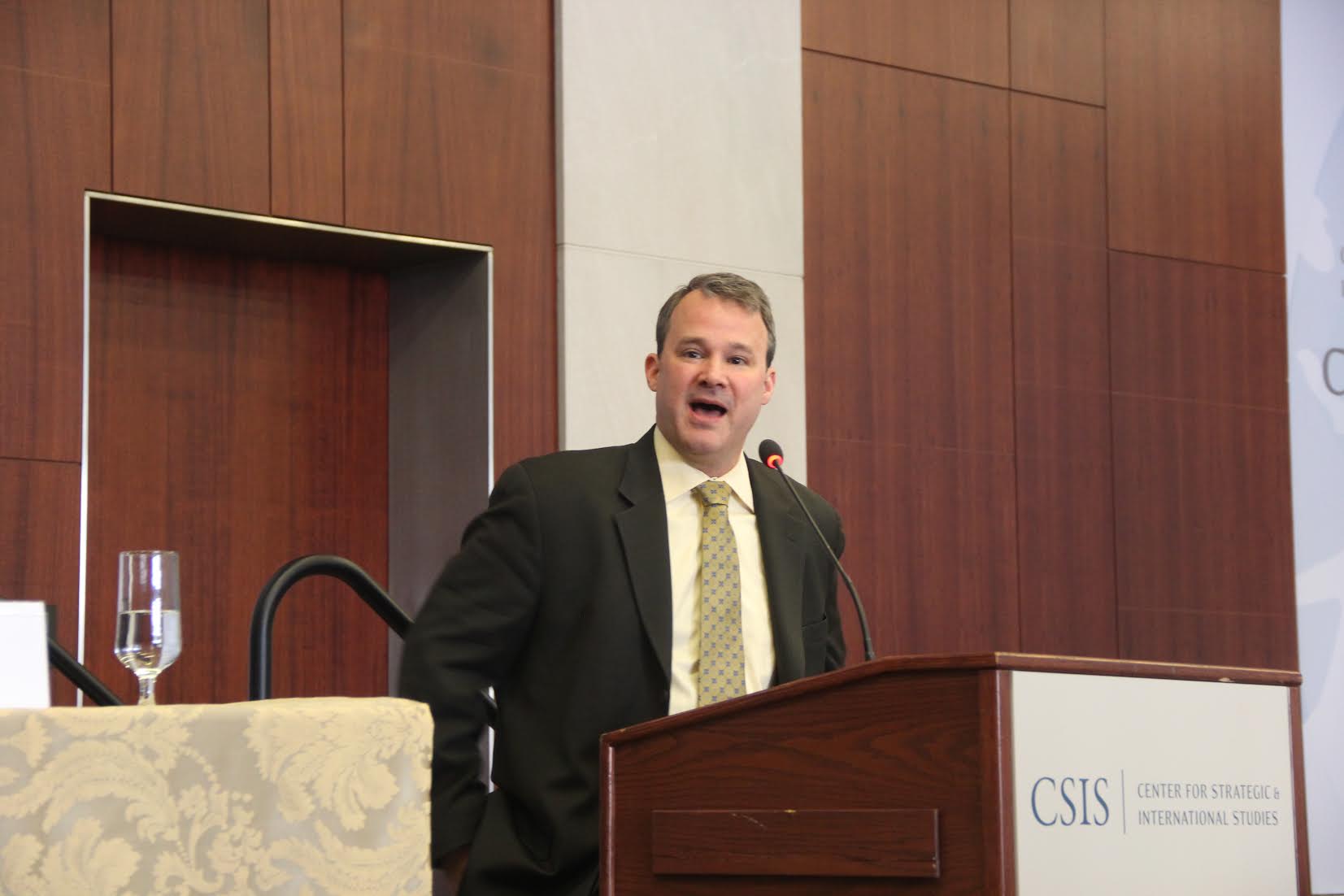 Three top energy market experts discuss why they believe declining oil prices will not recover in 2015 on Wednesday morning at the Center for Strategic & International Studies. (Bailey Williams/MNS)

Three top energy market experts discuss why they believe declining oil prices will not recover in 2015 on Wednesday morning at the Center for Strategic & International Studies. (Bailey Williams/MNS)

The price of unrefined petroleum, commonly known as crude oil, has experienced a drop of more than $30 per barrel since November 2014, according to Nasdaq.

Surviving in this market for crude oil producers means, in part, having the lowest-cost operations, Brazil said during a discussion at the Center for Strategic & International Studies.

Knapp said the energy market predicament is experiencing a new paradigm because the U.S. is responding to the ‘Shale era,’ making it impossible to truly compare this situation to past hardships like the 1986 crash.

The prominence of shale gas production is the primary reason oil prices have collapsed, Knapp said.

Analyzing the supply-and-demand response to shale does not tell the entire story, Knapp said. Knapp said 2015 will be a year subject to unexpected changes, but will not likely be the year of recovery.

Jim Burkhard, whose team at IHS works on energy industry analysis, said lower gas prices at the pump have little to do with the reason for declining oil prices.

Burkhard attributed the decline to cultural factors such as a decrease in the popularity of owning and driving a vehicle. Environmental consciousness also plays into the demand for oil, he said.

But the most crucial indicator of whether or not these oil prices will recover could be the economy, which is showing signs of growth, Burkhard said.

During his State of the Union address, President Barack Obama attributed lower gas prices for American consumers to domestic production of oil. Obama said the country could continue to reduce reliance on foreign oil.

“We are as free from the grip of foreign oil as we’ve been in almost 30 years,” he said.

Americans have experienced money saved through lower gas prices that swept the nation. The national average for regular gas on Wednesday was $2.04 per gallon, according to AAA’s Daily Fuel Gauge Report.