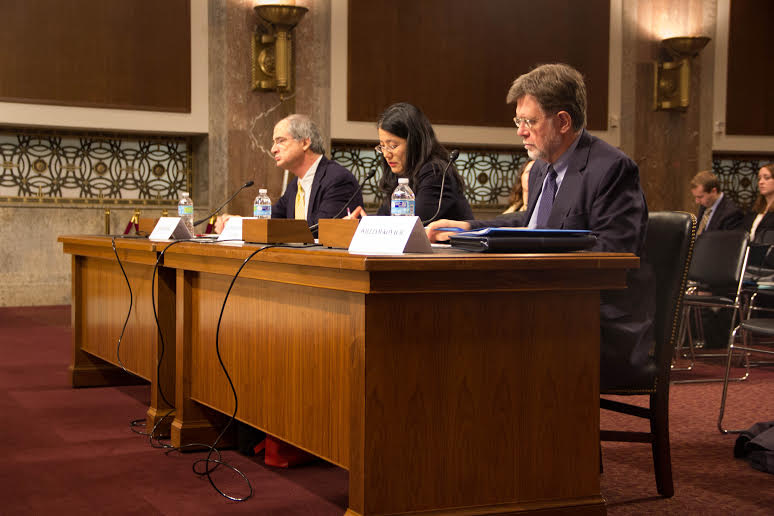 “Fuller disclosure serves to accelerate an agency’s progress by strengthening internal decision processes and educating external audiences more effectively,” said William E. Kovacic, director of the Competition Law Center at George Washington University Law School and former chairman of the Federal Trade Commission. “This is especially difficult for China, a country with no history or custom for administrative disclosure.”

Economists and anti-trust policy experts testified on the regulatory context for China’s antitrust enforcement and the existing criticism against the country’s anti-monopoly policies against foreign companies. The U.S.-China Economic and Security Review Commission held the Capitol Hill hearing as part of a discussion on the foreign investment climate in China.

China’s Anti-Monopoly Law (AML) took effect in August 2008 as part of the nation’s effort to transition towards a “rules-based, market-oriented economy.”

Administrators have reviewed 1006 proposed mergers and acquisitions from August 2008 through the end of 2014. While the agency has an average transaction approval rate of 97.4 percent, many foreign corporations, including Microsoft, have expressed concern about the potential impact of China’s evolving competition regime.

News coverage has provided anecdotes of foreign companies frustrated with China’s AML,”said Elizabeth Xiao-Ru Wang, principal at Charles River Associates and a legal economist. “My understanding is that a good amount of the frustration is due to growing pains associated with the early stages of a developing antitrust regime in China’s transitioning economy.”

With extensive experience working on antitrust matters with Chinese regulators, Wang said policy reform and privatization in the past few years have changed the economic environment but the market mindset is not there.

Efforts in engaging in detailed dialogue on the agencies’ decision making and encouraging more transparency through disclosure of economic analysis and fact finding can help China improve its conflicts with foreign companies, Wang said.

Abbot Lipsky, partner at Latham & Watkins and former antitrust lawyer for the Coca-Cola Company, said China has three major areas it needs to focus on in order to transition into a competitive economy with a balance in foreign investments.

“Six years into the development of the system is a good time to look back and see how we are doing,” Lipsky said. “Sometimes it is not about how good the system is but what type of upgrades it gets.”

Lipsky said China should first simplify its administrative structure by reducing the number of national participants in deciding on business cases. The next step would be mandating more firms to fully disclose their information. Lastly, the nation should focus on restaffing the basic level offices to avoid delay in processing information due to resource constraint.

China is not the first country to implement a new competition system. In comparison to other countries that have experienced or are currently going through the same process, China did receive some credit from the panel.

“China has accumulated substantial experience in the implementation of the AML in a very short period of times,” Kovacic said. “Given the difficulty of creating a new legal regime as part of a fundamental economic transition, this record is a major accomplishment.”