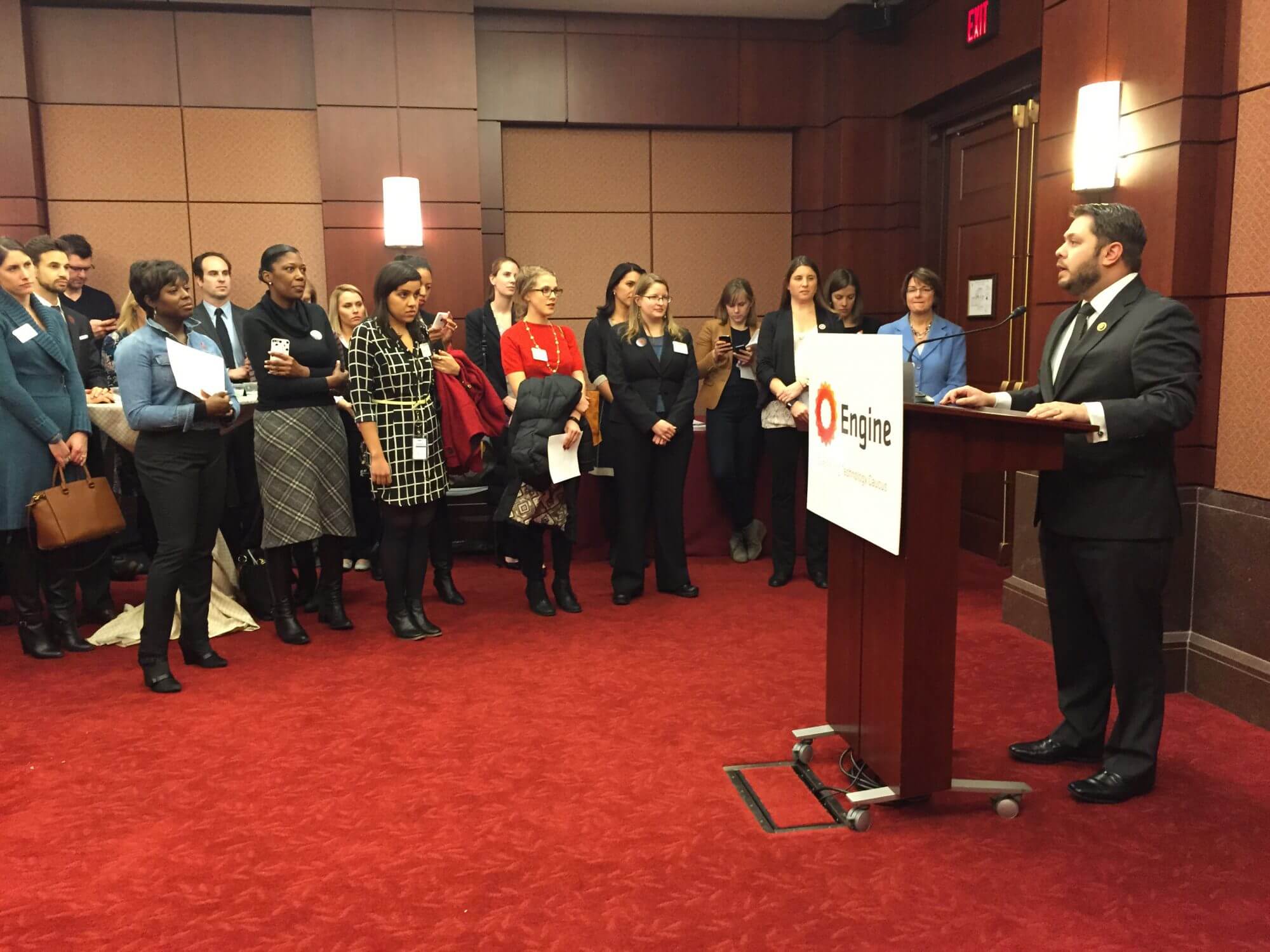 Rep. Ruben Gallego, D-Ariz., speaks to members of Congress and startup communities on diversifying the workforce in the tech industry. (MNS)

Rep. Ruben Gallego, D-Ariz., speaks to members of Congress and startup communities on diversifying the workforce in the tech industry. (Medha Imam/MNS)

WASHINGTON – Leaders from Engine, a research and advocacy organization, accompanied members of Congress on Monday to launch a new caucus that aims to promote access to jobs for underrepresented groups in the tech sector.

The new bipartisan initiative — known as the Diversifying Technology Caucus — is an effort to boost the representation of minorities, women and veterans in the tech industry by establishing policies for contracting and improving education.

“As the tech industry is really picking up steam and really creating all these new jobs, it’s even more important now to make sure that everyone benefits,” said Julie Samuels, Engine’s executive director.

A partnership between the private and public sector, as well as academia, the caucus intends to raise awareness about the lack of diversity in the tech industry and look at company practices that propagate a more holistic workforce, Klobuchar said.

Democratic House members Tulsi Gabbard of Hawaii and Ruben Gallego of Arizona will serve as co-chairs of the caucus, which also includes GOP Reps. Barbara Comstock of Virginia and Cathy McMorris Rodgers of Washington, and Democratic Rep. Robin Kelly of Illinois.

“Looking at the Latino community, we make up 17 percent of the population,” Gallego said. “But our participation in the tech industry, especially at the higher levels, is in the single digits.”

A veteran and son of Hispanic immigrants, Gallego hopes to focus on educational possibilities for young minorities. His main concern is the disparity between the educational background of minority youth and the future work environment.

“We cannot sustain a strong economic growth, when it comes to our tech sector, if a portion of our growing workforce is not participating in it,” Gallego said.

To bridge the gender gap in technology, organizations such as Women in Technology and Power to Fly offer resources and support to solve the pipeline issue and advance women in the tech sector.

“Companies want this service and want to hire women, but don’t know where to find them,” Drake said.