Federal research should be tied to universities and industry, House subcommittee hears 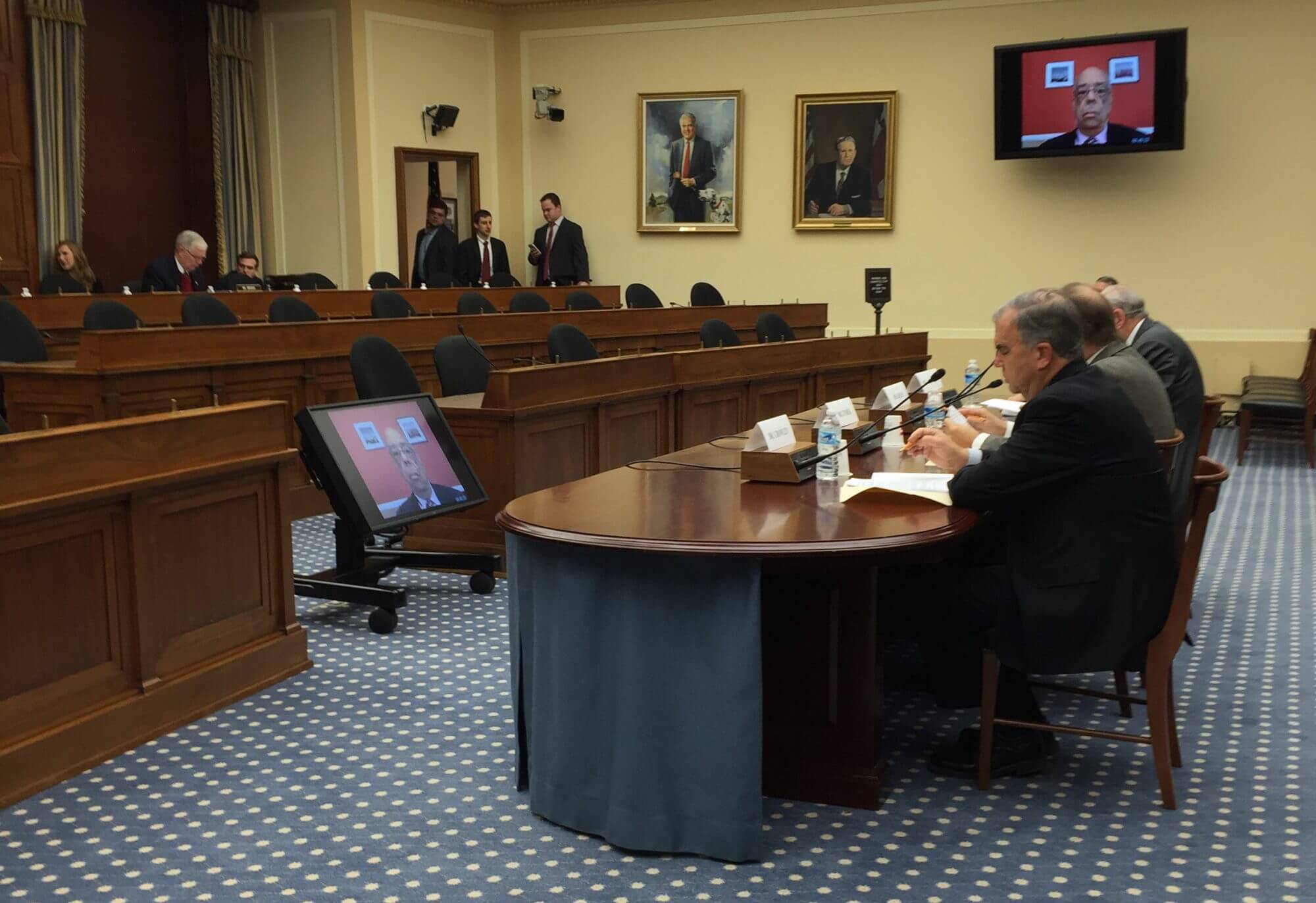 Witnesses of a House Science, Space, and Technology hearing responded to questions on supercomputing and American technology leadership. Dr. Roscoe Giles, a Boston University professor and a DOE committee chair, skyped into the session. (Medha Imam/MNS)

Witnesses of a House Science, Space, and Technology hearing responded to questions on supercomputing and American technology leadership. Dr. Roscoe Giles, a Boston University professor and a DOE committee chair, skyped into the session. (Medha Imam/MNS)

“Our leadership in technology is challenged by the growing investments of other countries in education and research; investments that are now projected to quickly outpace our own investments here at home,” said Rep. Eddie Bernice Johnson of Texas, the committee’s top Democrat.

With the program —Advanced Scientific Computing Research — receiving $541 million for the 2015 fiscal year, members of the House Science, Space, and Technology Subcommittee on Energy inquired about the importance of funding the program.

Norman Augustine, a board member of the Bipartisan Policy Center, stressed the United States is underperforming in terms of international research.

In the last decade, the U.S. has dropped from first place to seventh place in research funding as a percentage of Gross Domestic Product (GDP). Augustine added that the U.S. is now at 29th place in government-sponsored research.

“In five years, China is very likely to pass us in research in the absolute sense and as a fraction of GDP,” Augustine said.

Turek also mentioned how most of the current application software for high-performance computing is based on mathematical approaches more than 40 years old.

“The software now horribly mismatch the modern supercomputers simply because 40 years ago no one could have guessed what today’s supercomputers would have looked like,” Turek said.

Last year, Rep. Randy Hultgren of Illinois introduced a bill to update the management of the 17 national laboratories and promote partnerships between the public and private sector.

“Firms simply don’t know what’s going on in the laboratories,” Augustine said. “They tend to be rather isolated.”

Hultgren’s plan would have authorized the commercialization of research done by the laboratories. The bill never made it to the Senate, however.

“We need to do a better job of getting knowledge out of the laboratories and into the industry, so that we can commercialize and distribute the results,” Augustine said.

There’s an immediate need for the federal government to work with universities and industry to not only develop technology, but to create high-wage jobs by incentivizing research and exporting products throughout the world, said Rathindra N. Bose, vice chancellor for research and technology transfer at the University of Houston.

“Universities create technology almost everyday, and the partnership with the industry and the federal government would really provide a better avenue for taking this technology to the marketplace,” Bose said.

Bose cited a “blockbuster technology” called superconductivity that was transformed into a product through investments made by the University of Houston and federal agencies. Through funded research, the university found many applications for superconductivity such as the ability to develop a new generation of MRI machines and to enhance electric transmission without encountering resistance.

Bose said the congressional initiative would be “highly valuable” as it would “help us accelerate the technology more quickly than we have been doing for the last five years or so.”

“If we are going to make progress and compete with the rest of the world in the next 20, 30, 40, 50 years, I think Congress needs to spend a lot more money in research, innovation and development,” Bose said.