Racial disparities in education remain, but some schools bucking trend 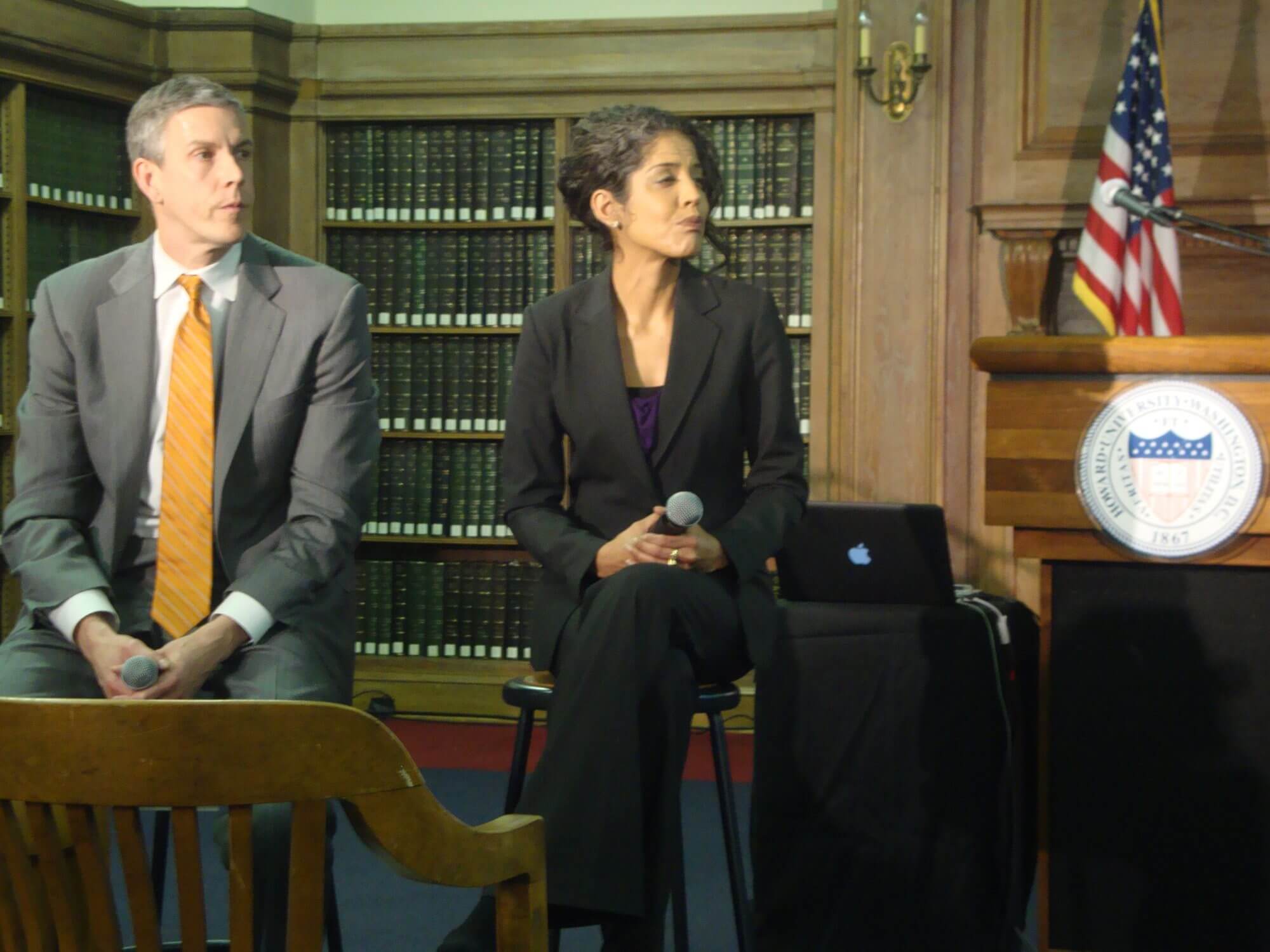 WASHINGTON – Maryland teacher Damian DiCamillo was surprised when he first saw the government’s new report on the opportunity gap in public education – not by his school’s impressive achievement numbers but by the reaction they received.  Seventy-two percent of black and Hispanic students are enrolled in physics at Albert Einstein High School, far above the report’s overall average.

“I realize that according to the report, it’s like, ‘Oh, there’s some amazing thing going on here…’” said DiCamillo, a research teacher for the science, technology and engineering department at Einstein. “For us, that’s just the expected normal. We don’t look at it like some amazing event. We look at it like that’s what we do here every day.”

The information on Einstein was part of the most comprehensive education civil rights data ever collected. The Civil Rights Data Collection, put together by the department’s office for civil rights, covered self-reported data from more than 72,000 schools serving 85 percent of the nation’s students in grades K-12. It is been made available online, giving users the ability to view data on specific districts or schools from Maine to California.

The data found that serious inequities remain for minority students across the nation. Specifically, schools with high African-American and Hispanic populations offer fewer advanced level courses, have fewer experienced teachers and have lower average teacher salaries than schools with low African-American and Hispanic enrollment. Though the data mostly displayed legitimate racial gaps in education standards, it also highlighted several schools, such as Einstein, that have much narrower achievement gaps than the national average.

Secretary of Education Arne Duncan and Assistant Secretary for Civil Rights Russlynn Ali released the results on March 6 at Howard University in Washington, D.C. There, Duncan called access to quality education the “civil rights issue of our generation … yet as the data we are releasing today shows, for far too many students and for far too many schools, inequity remains the reality.”

“Our students weren’t twice as smart four years later, they simply historically hadn’t had those kinds of opportunities…” he said. “At the end of the day, we don’t have equal access here and those are the disparities we’re trying to challenge.”

Both Duncan and Ali cautioned against rushing to the conclusion that racial disparities in education were automatically caused by discrimination or racism.

“There’s a multitude of factors and it’s far too simplistic to say that it’s one thing or another,” Duncan said. “What we’re trying to point out is the facts and I think what’s historic about the data is we’ve never had this kind of transparency.”

Duncan and Ali highlighted several schools that had significantly narrower achievement gaps as examples where a high minority population does not necessarily mean inequity.

Donna Harris-Aikens, the director of education policy at the National Education Association, said that while the data is a good first step in identifying school’s that are closing the achievement gap, the more important step is finding the underlying factors behind the success of these schools.

“While the results are impressive, and I don’t mean to denigrate those, it is more important to figure out how they got there and how they can sustain it,” she said. “Those are the things that other districts and other schools can look to and look for in their own schools. “

DiCamillo did not point to one specific aspect of Albert Einstein High School that caused the high percentage of minority access. Rather, he said it is because in the culture of the school in suburban Washington, all students are expected to challenge themselves in their coursework.

“I have to say that I guess there are other places where they just, maybe they just don’t expect those students to achieve what we expect our students to achieve,” he said. “[For us] it’s just they’re here now, they’re in our class, and we’re going to get them to learn it”

The number of rigorous courses Einstein offers may be a significant factor in the narrow achievement gap between white and minority students. The school offers 18 Advanced Placement classes and 16 classes within the International Baccalaureate program. Additionally, DiCamillo said Einstein benefits immensely from high quality instructors, such as physics teacher Eric Kirsley.

“I think [students] know that I have a good time with them. I think they know that I’m having fun while I’m doing it,” said Kirsley who often stays late and works through the lunch hour with his students.  “And so I try to constantly provide a challenge and constantly show my enthusiasm… I think the teacher’s attitude is very important and the fact that the teacher’s having fun helps to make it fun for them.”

Many schools struggling with racial disparities in achievement do not have the same access to high quality teachers. Those schools with the highest black and Hispanic enrollment have seven percent more first and second year teachers – and teachers are paid on average $2,251 less per year – than those at schools with the lowest black and Hispanic enrollment, according to the data.

The reason behind this imbalance, according to Duncan, is the fact that many of high quality teachers do not remain for the long term at schools of need.  NEA’s Harris-Aikens said stopping the turnover is the key to fixing the gap in teacher quality.

“If this is the problem with the turn, there should be some incentives for great educators to go there and stay there,” Harris-Aikens said of what she calls “priority” schools. “And we need to make sure the conditions at the school are conducive to students being there and educators being there. People want to be safe.”

The importance of an early start

Early access to rigorous courses is a crucial element of student success and closing the achievement gap. Fulford Elementary School in Dade County, Florida, has an enrollment that is 96 percent black or Hispanic, with more than 90 percent of its students growing up in poverty. Despite this, the school has nearly four times the national average for minority students enrolled in Gifted and Talented (GATE) programs, according to the report.

“We identify kids as early as kindergarten and first grades…” Fulford Principal Jean Teal said. “Instead of them just being mixed in the group of students, you can really identify them early, challenge them, nurture it so they don’t lose it, and build on it.”

Beyond simply learning subject matter, Teal said students that are placed in gifted and talented programs early in their education develop critical skills that allow them to succeed down the road.

“They’re used to the critical thinking and expanding on their answers and not just the ‘right there’ kind of questions, but to think and search and support their answers,” Teal said. “Synthesize, evaluate, analyze – you’re doing that early on so as the kids matriculate through their school years, they’re already accustomed to it.”

Teal emphasized the importance of starting as early as possible, but Ali said middle school and high school were “not too late” to start challenging students with more rigorous courses.

This is the case at Albert  Einstein High School, where 9th grade students attend meetings explaining the importance and expectations of rigorous coursework. DiCamillo added that no matter their academic background, all Einstein students are encouraged to challenge themselves with high-level courses.

Duncan stressed the importance of shrinking the racial disparities in education as part of the Obama administration’s continued efforts to increase the number of students attending college. Teacher Eric Kirsley has seen first-hand how challenging students in high school can give them a leg-up in college.

“I always tell the kids that take physics that they have a lifetime guarantee…” Kirsley said. “I hear from kids over the years. Many of them will write to me to say ‘I’m finally taking an upper level physics course,’ and they tell me in the email ‘I felt really well prepared.’”