Smaller class sizes a panacea? Not everyone agrees 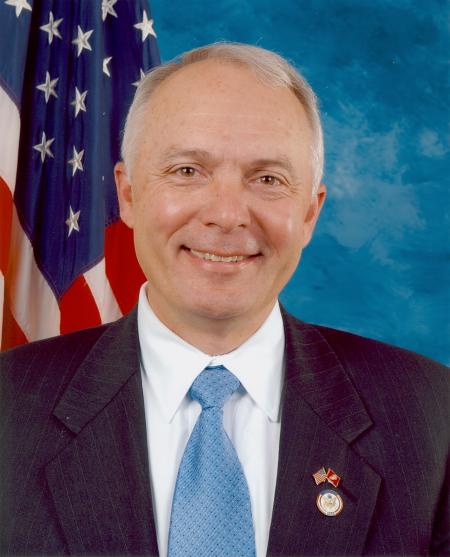 WASHINGTON — In his time as a student teacher at a struggling Cincinnati public school, Jacob Towner led one class where his 16 students kept the peace and showed promise in the classroom. Then, Towner had to combine that group with another class, and the size doubled.

“These kids who were behaving great were all of the sudden behavior problems,” Towner said. “It’s because there are more people to hide behind, more people to be distracted. In the larger group like that, it’s hard to keep track of who’s learning and who’s not.”

Logic dictates that the smaller the class, the more individual attention each student receives. Yet, the policy of class-size reduction is mired in disagreement over a laundry list of potential benefits and drawbacks.

The ongoing debate does not focus on the effectiveness of small classes but on whether federal money should be spent to improve the student to teacher ratio.  Many educators who favor of class-size reduction emphasize the vital importance of one-on-one interactions between students and teachers. But those less enthusiastic about throwing federal dollars at the issue often cite the expensive nature of reducing class sizes and point to policies that could use money more effectively.

Class size “is sometimes used as a silver bullet, and it was never intended to be used that way,” said Donna Harris-Aikers, the director of Education Policy and Practice at the National Education Association. “It is a key component of what should be a comprehensive school improvement strategy.”

A similar analysis is present in the Encouraging Innovation and Effective Teachers Act, a bill written by House Education and the Workforce Committee Chairman John Kline, R-Minn. Kline said the bill, part of the overhaul of the No Child Left Behind law, is designed to decrease the federal government’s role in education.

“Our bill also injects reason into the nation’s education system by giving school districts the freedom to use federal funds based on the needs of their own student populations,” Kline said. “It seems that ought to be self-evident.”

Counter to the general theme of the legislation, however, is a provision that would cap the amount of federal money districts can spend on class-size reduction at 10 percent. When asked about the limit, Kline said he would move “very carefully” when striking the balance between restrictions and flexibility.

In the expert’s office

Reducing class sizes requires hiring more teachers and creating new space for extra classes, making it one of the most expensive methods of education reform. Matthew Chingos, an education researcher at the Brookings Institution, said it is a question of cost effectiveness – not whether reducing class sizes has any value.

“It’s not that you should never do expensive things because education is clearly important,” Chingos said. “Our view is that there are probably other interventions that would get you more bang for your buck.”

There has been a wealth of research on class-size reduction but most of it, according to Chingos, has been of “dubious quality.” In a research paper published May 2011, Chingos and Russ Whitehurst, the director of Brookings’ Brown Center on Education Policy, concluded that there is some evidence of positive benefits from class-size reduction.

Chingos said he found the most thorough study to be the Student Teacher Assignment Ratio study conducted in Tennessee several decades ago. In an analysis of the experiment, Professor Frank Mosteller of Harvard University found that there was significant evidence to suggest  students in smaller classes performed better over time.

Even so, Chingos said trying to cap the number of students in classrooms across an entire state might not get the same result.

“The way that states tend to approach class-size reduction policies isn’t doing it in just a small number of schools. They do it for the whole state …” he said. In reference to research in California and Florida, Chingos added “the effects are much less positive than they are in the Tennessee experiment. So that’s some caution that the effects might not be as big as you hope.”

Leonie Haimson, founder and executive director of the nonprofit advocacy organization Class Size Matters, said there is strong evidence that some students benefit from small class sizes more than others.

“The research is absolutely clear that poor and minority students get twice the benefits from smaller classes than your average middle class student,” Haimson said. “Those are kids who come from disadvantaged backgrounds, often from single-parent homes … these are the kids who rely on getting individual attention from their teacher the most.”

Towner, who did his student teaching in 2011, now teaches full time at the same school — Winton Hills Academy, where 95 percent of the students are economically disadvantaged, according to the Ohio Department of Education. He said that the disadvantaged background of many of his students enhances the importance of his role as a teacher.

“You’re sometimes the only responsible adult in these kids’ lives…” Towner said. “If a kid doesn’t feel like they’re accepted, if their basic needs are not being met, then you really can’t expect them to do well in school.”

“One of the most destructive effects of having large classes is that students actually feel that the teachers don’t care about them and don’t care whether they succeed or fail,” she said.

Because of this, multiple sources agreed that the key may not be broad class-size reductions, but rather focusing on carefully chosen districts with the aim at helping disadvantaged students.

“If anything, we should have targeted funding to hire more teachers to reduce class sizes, especially in our large urban districts, which suffer from some of the highest class sizes in the country with the most at-risk students,” Haimson said. “This is highly inequitable and it is doing tremendous damage to our education system and to our economic future as a country.”

Chingos said the Tennessee STAR study reduced class sizes from 22 to 18 students with effective results. The average class size in the United States in 2009 was 23.3 students, according to the Organization for Economic Co-operation and Development. This ranked 22nd out of the 34 countries listed; the average class size among OECD countries in 2009, meanwhile, was 21.4 students.

Despite the evidence that targeted class-size reductions can be effective, Kline believes the policy should not be a staple of education reform.

“We don’t want funds diverted to that effort, just hiring teachers with this notion that if you get the class size down everything is going to get better,” he said. “What is better is when you get a really good teacher. Nothing makes more difference in the life and the future of our kids than if they have a good teacher.”

“I will continue fighting to provide schools and districts with the resources they need to keep classes small and offer students the educational environment they need to learn and succeed,” Murray said in a statement. “I think now is the absolute wrong time to shift precious resources away from this critical priority and allow class sizes to increase. And I think we shouldn’t be taking away flexibility from districts that want to invest in smaller classes.”

Though Murray’s legislation stalled in committee, the Elementary and Secondary Education Reform Act, passed out of the Senate Health, Education, Labor, Pensions committee last fall, includes a stipulation on class-size reduction. The bill would allow schools to divert funds to “reducing class size for pre-kindergarten through 3rd grade, by an amount and to a level consistent with what scientifically valid research has found to improve student achievement.”

The House and Senate bills vary in content, but the method in which they were developed is also worth noting.  The Senate bill received bipartisan support in committee, while House Republicans proposed their draft without any input from Democrats or co-sponsors from the minority party.

Rep. George Miller, D-Calif., the top Democrat in the House Education and the Workforce Committee, said in January he was disappointed in the bill’s  lack of bipartisan support.

“I remain concerned that Chairman Kline has decided to draft a partisan bill, shutting the door on the tried and true way of achieving reform – bipartisanship,” Miller said. “This move will only leave America’s schools, teachers and students with the outdated No Child Left Behind law.”

The House education committee held its first hearing on the bill last Thursday, giving Democrats a chance to have their say on the legislation. Class size was not discussed during the hearing, but Miller criticized the bill in general, suggesting it would not be effective in improving education policy.

“Kids’ lives and their ability to have the opportunity to succeed are at stake,” Miller said at the hearing. “I am very protective of a single year in a child’s life – they don’t get that back. Our kids only get one shot at a decent education.”