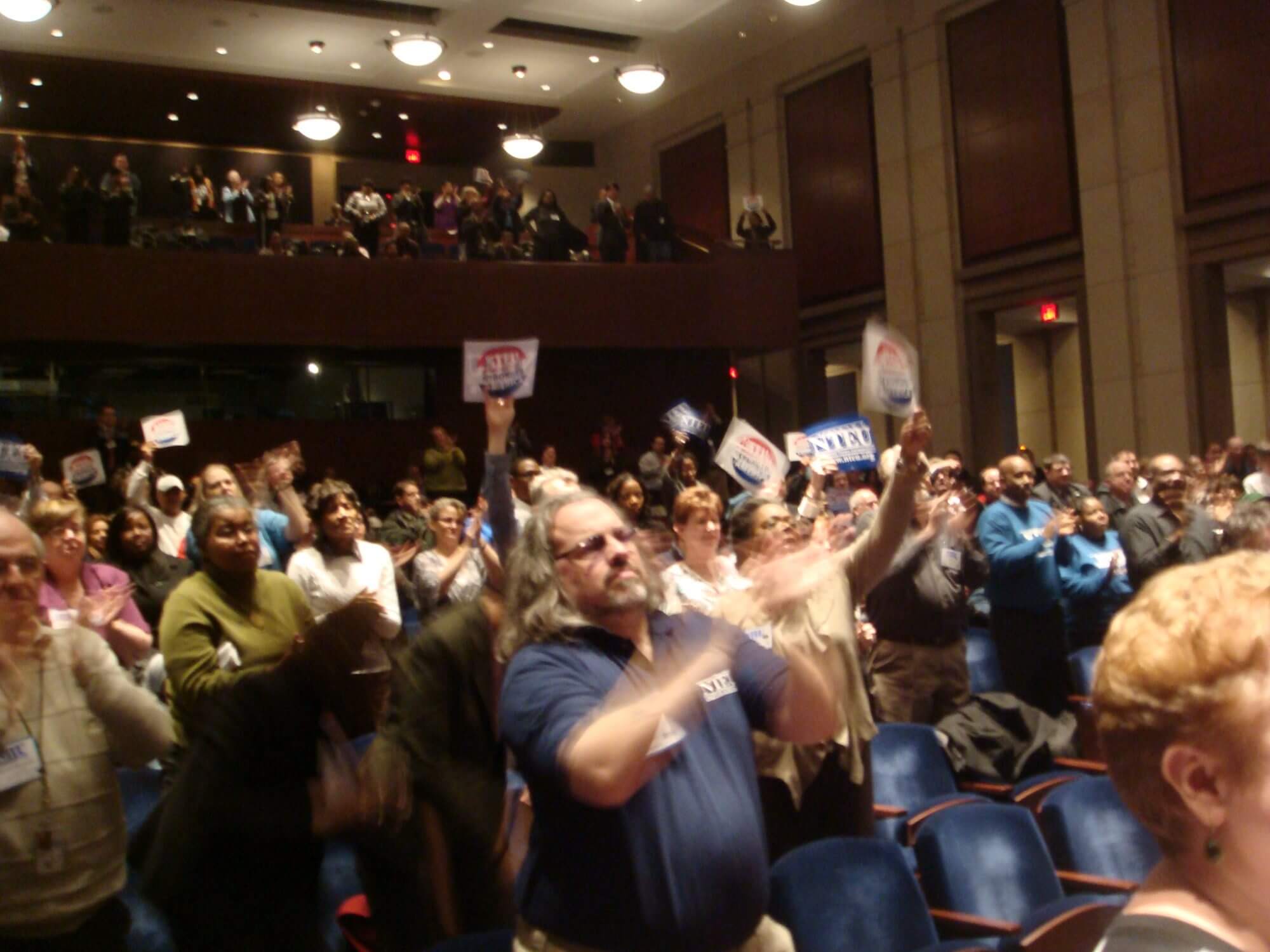 WASHINGTON – Moving indoors to escape the heavy Washington rain didn’t dampen the enthusiasm of the National Treasury Employees Union Wednesday. Members protested over legislative attempts to cut federal pay and retirement benefits at the “Working for a Stronger America” rally.

More than 500 federal employees piled into the Capitol Visitor Center after rally organizers scrapped the original setting. The passionate audience welcomed Democratic lawmakers and NTEU President Colleen Kelley as they listed the grievances of the federal workforce and encouraged the union to spread the message.

“You shouldn’t have had those freezes,” he said. “You didn’t cause this deficit…Don’t pick on the federal workforce; that’s wrong.”

A chorus of boos echoed through the packed auditorium when former President George W. Bush and the Republican Party were fingered as the culprits at blame for the ailing economy. Del. Eleanor Holmes Norton, D-D.C., said Republicans favored the wealthy and insisted on using the middle class workers as a “nice piggy bank,” which would “make up for their Bush tax cuts, their unpaid-for wars and their corporate tax breaks.”

The union was particularly opposed to the House Oversight and Government Reform Committee approval in early February of a bill that would increase pension contributions for federal workers and cut pay. Although the bill has not been passed by the House, it calls for federal workers to pay an additional 1.5 percent toward their retirement.

Kelley called the measure the “height of hypocrisy,” because the collected pension contributions do not go toward alleviating the federal deficit, but toward funding a transportation bill for building highways.

“It would break promises made to federal employees,” she said. “We know that Congress made a commitment to you and now they want to break it.”

As the rally rolled on, union members chanted, “Enough is enough,” and waved flyers bearing the NTEU logo as each lawmaker took the stage.

Ultimately, supporters of the NTEU emphasized reaching out to more workers outside the union. Rep. Jim Moran, D-Va., said they especially needed to make their voice heard in the government and its Republican lawmakers.

“You don’t need to see the people who have been out there fighting for you,” he said. “You need to get to the people who are not doing the right thing, where you might not be as welcome in your offices. You need to insist on seeing them.”