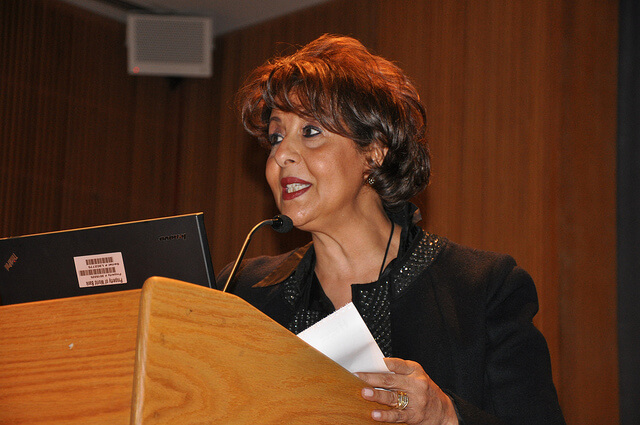 WASHINGTON –The Middle East and North Africa represent the two most-underserved areas in the world in HIV/AIDS research and prevention despite a sharp increase in infections over the past 10 years, according to a World Bank report released Tuesday.

The report, “Breaking the Silence: HIV/AIDS in the Middle East and North Africa,” found the number of cases in the region has almost quadrupled to 460,000 since 2001. The report says that women comprise almost half of this population; married people count for four out of five of these cases.

Laith J. Abu-Raddad, Director of the Biostatistics and Biomathematics Research Core at Weill Cornell Medical College in Qatar, said that the region is “lagging behind the rest of the world” in HIV/AIDS education, services, scientific research and destigmitization.

Abu-Raddad said that men having sex with men has increasingly contributed to the number of diagnoses in most countries in the region. Men in particular lack access to prevention programs because of the stigma and legal punishments that surround homosexuality. Other high-risk groups include female sex workers and injecting drug users. With 90 percent of heroin produced in Afghanistan, drug use is rampant in the surrounding areas, the study found.

“There is a need for socially and culturally-sensitive approaches to drug and sex work that go beyond punitive measures of law enforcement,” said Shamshad Akthar, regional vice president of the Middle East & North Africa Region at the World Bank. She acknowledged that governments and doctors need to work even harder to implement HIV/AIDS programs in an area already dominated by conservative social norms of Islamic law.

The researchers said that public health issues often take a back burner to the political and social tumult in the region. Akthar said turmoil from last week’s uprising in Egypt that forced President Hosni Mubarak cede power has the potential to disrupt the nation’s economy and politics—especially in the provision of public health services to the young.

“HIV/AIDS manifests itself in the stress the youth faces,” said Akthar.

Dr. Farida Allaghi, CEO of Mentor Arabia, a drug prevention program for children based in Lebanon, criticized the World Bank report, arguing that the 21-page “policy outline” fails to adequately address the crisis.

“You keep saying we need to train policy makers and politicians. I don’t think they know what you’re training them about,” she said.

“You really need to invest in building the capability of civil society, working with academic institutions, and supporting science and research,” Allaghi said.

She also berated the report for lacking data on infected children, as well as failing to mention who would implement these programs.

A student is shocked by the report’s findings.
A student’s perspective by medillonthehill