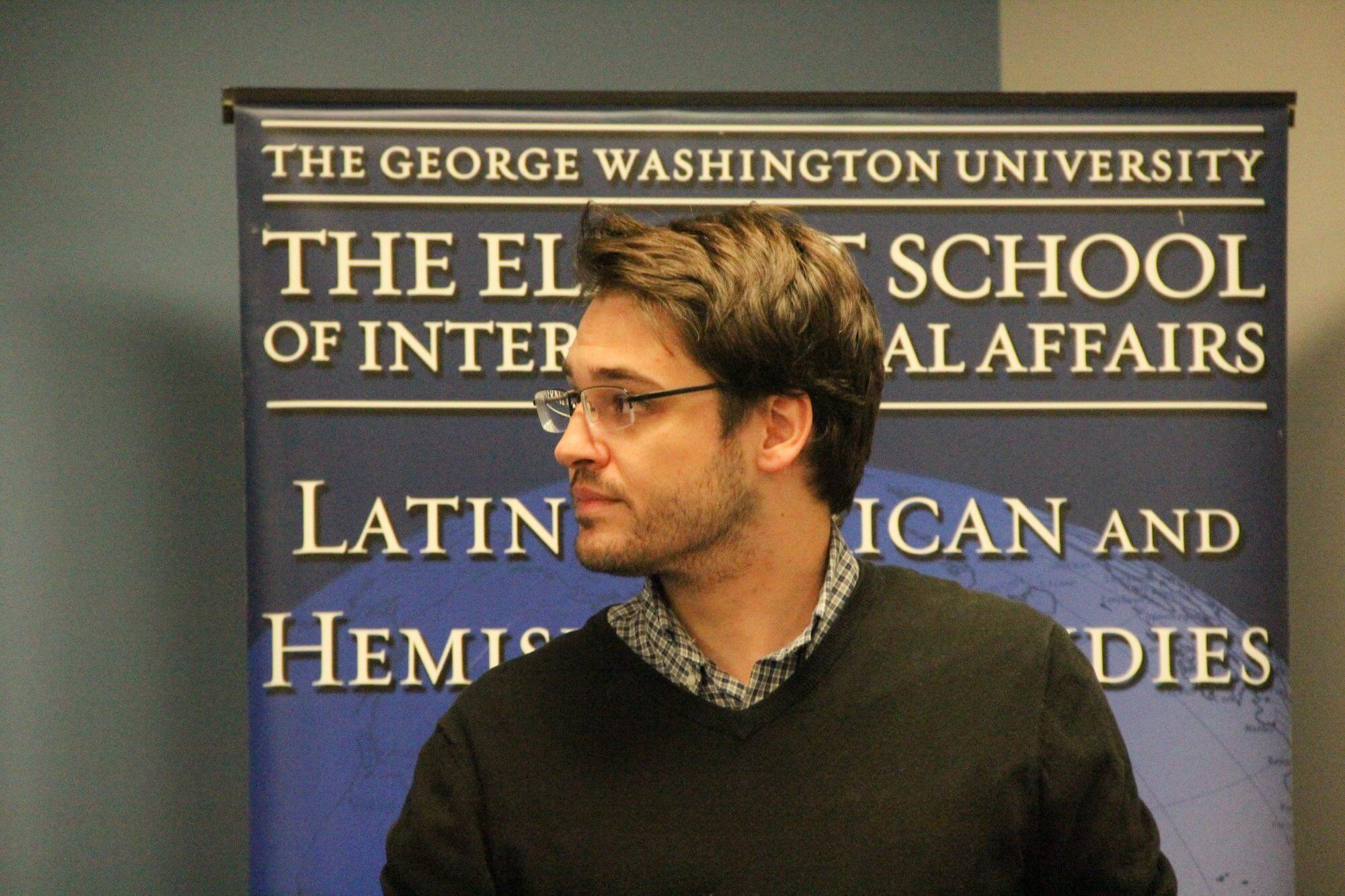 Carlos Sucre, an energy analyst, discusses the current situation of global oil markets, and how the economies of Latin American countries are faring. (Astrid Goh/MNS)

Carlos Sucre, an energy analyst, discusses the current situation of global oil markets, and how the economies of Latin American countries are faring. (Astrid Goh/MNS)

A four-year period of stability in the oil industry halted in late December, as prices plunged from $105 per barrel — the average for January 2011 to June 2014 — to $60 per barrel in December, according to a recent World Bank report.

Some factors in the price drop include low demand due to weak economic growth in some countries, a jump in U.S. oil production by 900,000 million barrels per day, and OPEC’s resistance to cutting oil production to stabilize prices, the report said.

“The growth in U.S. [production] was made possible by the development of new provinces of shale oil in non-traditional oil states,” Sucre said. “North Dakota is growing, adding 1 million barrels per day, and Texas [a traditional producer] added 2 million per day — just slightly less than Venezuela”. Venezuela is the world’s fifth largest oil exporter.

According to the Inter-American Development Bank, North American oil production has seen a 25 percent increase in growth since 2002, primarily due to a boom in shale oil production in North Dakota and Texas.

Oil-exporting countries in Latin America including Venezuela, on the other hand, are suffering.

The reversal from a downward-sloping trend in oil production by OECD countries, which persisted until 2011, is “thanks to sharp increased output from North America,” according to a recent Inter-American Development Bank Report

Venezuela’s oil export revenues fell by 5 billion dollars from the second to fourth quarter of 2014. If the price per barrel remains at its current $50 until March, revenues will have decreased further from $10 billion in the last quarter of 2014, to $7 billion at the end of this quarter in March, the development bank forecasted.

“The drop in oil prices exposes to vulnerability a country that depends almost exclusively on oil for foreign revenue,” said Miguel Tinker-Salas, an expert on Latin America and the Venezuelan oil industry. “It trickles into shortages of food and other manifestations.”

While Tinker-Salas says oil-importers such as Chile will gain long-term benefits from the cheaper prices, exporters like Brazil, pursuing deep-water oil exploration, may be restricted in terms of future investments in the industry.

“We’re also seeing evidence of that [restriction] in Texas, in Dakota, and also in Canada,” he said in a telephone interview.